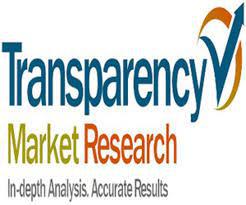 The vehicle door latch primarily consists of a lock and striker mechanism, operating mechanically or electronically to open or close the door. The door latch is the primary safety feature in a vehicle. Increase in the production of vehicles has driven the market for automotive door latch.The latch is utilized in the bonnet, tailgate, and doors of a vehicle. The development in electronics has led to the expansion of the electronic latches market. The electronic latch system allows the driver to control the access to all the doors. The electronic latch market has expanded significantly due to the adoption of power doors in passenger cars that permit the driver to access all four doors, the bonnet, and tail gate. The power lock technology option has been made available in several passenger cars. The electronic door latch system has enabled auto makers to develop automatic lock systems.Browse the Report @https://www.transparencymarketresearch.com/automotive-door-latch-market.htmlAutomatic locks allow the doors to be locked automatically once the vehicle speed surpasses 10km/hr in order to enhance passenger safety. The electronic locks are used more in passenger cars than in commercial vehicles. The luxury vehicles have integrated aerodynamic locks, wherein the lock system blends in with the door frame without a protruding edge in order to minimize the drag and increase fuel efficiency. Lightweighting in latches has emerged as a trending technology due to the efforts to downsize and the prevailing emission norms.The price of an electronic latch is a key restraint for the market. The refrained use of electronic latch in commercial passenger cars and cabs as the driver holds the control of passenger door arises safety concerns and may restraint the market.The global automotive door latch market can be segmented based on type, application, sales channel, vehicle, and geography.Request Sample @https://www.transparencymarketresearch.com/sample/sample.php?flag=B&rep_id=25661Based on type, the automotive door latch market can be classified into mechanical latch and electronic latch. The conventional mechanical latch segment holds a prominent market share in commercial segment and in low –premium cars, as it is cost-efficient. The electronic door latch is widely utilized in passenger cars owing to the rise in demand for safety and increase in demand of electronics. Several passenger cars utilize an electronic latch for the side doors and a mechanical latch for the bonnet and tail gate in order to reduce cost.In terms of application, the door latch market can be classified into side door latch, tail gate latch, and bonnet latch.Based on vehicle, the automotive door latch market can be segmented into passenger vehicles and commercial vehicles. The passenger vehicles segment is estimated to expand due to the rise in production of cars.In terms of geography, the global automotive door latch market can be segregated into North America, Europe, Asia Pacific, Latin America, and Middle East & Africa. Economic growth in Brazil, India, and Mexico is boosting the production of commercial vehicles in these countries, which in turn is propelling the commercial vehicles segment of the door latch market. Asia Pacific and Europe are major markets for door latch owing to high production of vehicles in these regions.The key players operating in the global automotive door latch market include Magna International Inc., which developed the world’s first smart latch that was installed in the BMW i8.About UsTransparency Market Research (TMR) is a market intelligence company, providing global business information reports and services. Our exclusive blend of quantitative forecasting and trends analysis provides forward-looking insight for thousands of decision makers. We have an experienced team of Analysts, Researchers, and Consultants, who us e proprietary data sources and various tools and techniques to gather, and analyze information. Our business offerings represent the latest and the most reliable information indispensable for businesses to sustain a competitive edge.Each TMR Syndicated Research report covers a different sector – such as pharmaceuticals, chemical, energy, food & beverages, semiconductors, med-devices, consumer goods and technology. These reports provide in-depth analysis and deep segmentation to possible micro levels. With wider scope and stratified research methodology, our syndicated reports thrive to provide clients to serve their overall research requirement.ContactTransparency Market Research 90 State Street, Suite 700 Albany, NY 12207 Tel: +1-518-618-1030 USA – Canada Toll Free: 866-552-3453 Email: sales@transparencymarketresearch.com Website: http://www.transparencymarketresearch.com


More Releases for Based

02-12-2019 | Business, Economy, Finances, B …
Coherent Market Insights
Plant-based Biologics
Increasing demand for biologics for various chronic diseases and rising investment in R&D for the production of biologics is expected to contribute significantly to the growth of plant-based biologics market. According to Biotechnology Innovation Organization (BIO) 2015, over 250 biologic therapies and vaccines have changed the lives of hundreds of millions of patients. Moreover, according to the same source, over 900 biologics are currently (2018) under the stage of development
01-22-2019 | Health & Medicine
Allied Market Research
Hospital-based EMR Market
Electronic medical record (EMR) is a digital version of a paper chart, which contains a patient's medical history. This system is designed to share information with other healthcare providers such as laboratories and specialists. It helps to reduce operational cost such as transcription services and overtime labor expenses. Get Sample PDF of Report@ https://www.alliedmarketresearch.com/request-toc-and-sample/3219 Increase in demand for advanced health monitoring systems drives the growth of the market. In addition, rise in
01-10-2019 | Advertising, Media Consulting, …
QandQ Market Research
Plant Based Beverages Market
https://www.qandqmarketresearch.com/reports/7360187/plantbased-beverages-market-87 Plantbased products include plantbased beverages that are further classified into plantbased dairy alternatives, juices, and readytodrink beverages. The plantbased beverages segment is expected to witness a growing CAGR of 6.5% by 2025, owing to the changing eating habits of consumers. Consumers are more conscious about health and wellness than before, and want to consume products that are healthy and natural without compromising on the taste and flavor of the product. Increasing
12-20-2018 | Advertising, Media Consulting, …
QandQ Market Research
Plant-based Snacks Market
https://www.qandqmarketresearch.com/reports/7287268/plantbased-snacks-market-24 Plantbased products are those products that are made entirely from plantbased ingredients, and limit or restrict any use of animalbased products. Plantbased products include plantbased snacks, which are further classified into meat alternative snacks, cereal/grainbased snacks, plantbased salted snacks, plantbased snack bars, and fruit and nut snacks. Based on regional segmentation for the plantbased snacks market, North America, Western Europe, and Asia Pacific are estimated to dominate the global plantbased
09-10-2018 | Business, Economy, Finances, B …
BizKonnect
Account Based Marketing
Today, most of the marketing organizations are moving towards the Account Based Marketing ( ABM ) . The ABM approach has been there for years but the recent technologies available have made this approach scalable and hence more effective and popular. The traditional marketing approach has been around attracting your prospects from a larger pool. The account based marketing is about targeting accounts based on your best business connection. It is
09-09-2016 | Advertising, Media Consulting, …
Market Research Store
Clinical Nutrition Market 2016: Infant, Milk-based, Soy-based
Latest industry research report on Clinical nutrition products are type of pharmaceutical products, which help to keep patient healthy. They aid to improve metabolic system of the body by providing adequate supplements such as minerals, vitamins and others. Rising instances of chronic and lifestyle diseases and increasing population that receives malnutrition treatment are the major factors responsible for driving the growth of the market. Furthermore, rise in global population, disposable
Comments about openPR
We publish our press releases on openPR.de because we like people who are "open" - just like us.
Frank Obels, CEO, INCONET - Informationssysteme, Communication und Netzwerkberatung GmbH