Opioids Market Trends and Forecast till 2025 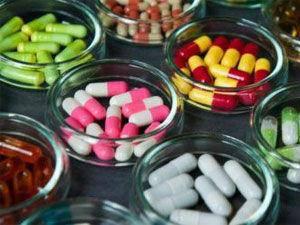 Global Opioids Market, by Drug Class (Agonist (Codeine, Fentanyl, Meperidine, Methadone, Morphine, Hydrocodone, Diphenoxylate, Hydromorphone, Methylphenidate, Oxycodone, Oxymorphone) and Antagonist (Buprenorphine, Naloxone, Naltrexone, Methylnaltrexone, Nalbuphine)), by Therapeutic Application (Pain Management, Cough Treatment, Diarrhea Treatment), and by Geography (North America, Europe, Asia-Pacific, Latin America, Middle East, and Africa) was valued at US$ 28,252.3 million in 2016 and is expected to witness a CAGR of 5.3% over the forecast period (2017 - 2025), as highlighted in a new report published by Coherent Market Insights. Increasing incidences of chronic pain, easy accessibility to opioids, especially in developed economies, and low cost of opioids as compared to alternative pain therapy are the prime forces driving growth of this market. However, increasing intervention from government or regulatory bodies and growing adoption of cannabis may hinder the growth of the market.
In October 2017, the U.S. president Donald Trump declared the opioid crisis as a public health emergency. This declaration will be helpful in increasing the awareness about the drug overuse or abuse and also, restrict the doctors from over-prescribing the opioids drug. However, the government denied any financial assistance.

The New York State Attorney General’s office sent letters to three largest pharmacy benefit managers in the U.S. — CVS Caremark, Express Scripts, and OptumRx respectively, in September 2017, asking them to provide information on the steps they are undertaking to address the opioid crisis. Moreover, during the same month, Attorney General of over 35 states in the U.S. sent a letter to the health insurance industry’s main trade group, recommending its members to reconsider coverage policies that may be fueling the opioid crisis.
The regulatory authorities in U.S. started taking steps towards combating the issue by encouraging the use of opioid antagonists as prescription opioids for adults and children, given the changing scenario of opioid prescription for medication to misuse and overuse of the drug leading to opioid crisis. For instance, the Commissioner’s Opioid Action Plan by U.S. FDA in 2016 addressed the epidemic of opioid abuse, addiction and overdose wherein, the FDA approved two products of naloxone for the community use in adults and pediatrics. On the other hand, the FDA made the regulatory guidelines more stringent pertaining to prescription opioids (agonists), for both medical practitioners and healthcare providers as well as for prescription opioids manufacturers.
According to a study conducted by RTI International, the lifetime rate of nonmedical opioid use in the European Union was close to 14% in 2016, significantly high from the previous year in which it was computed to be around 5%. Moreover, according to The European Drug Situation in 2017 report, opioids overdose resulted in 81% of all deaths due to drug overdose in European countries in 2016.
European Monitoring Centre for Drugs and Drugs Addiction has warned against the opioid overuse in 2017. Moreover, The European Drug Report 2017 states that five countries (Germany, Spain, France, Italy, and UK) accounted for 76% of the high-risk opioid users in the European Union. Opioid abuse has been a major factor for its higher sales and addiction. Nearly 38% of the treatment requests in European Union included opioid as the principal drugs (The European Drug Report 2017). However, government in respective countries are taking steps to promote opioid antagonists use which are safer compared to the opioid agonist drugs.

Get More Details On This Reports:
https://www.coherentmarketinsights.com/market-insight/opioid-drugs-market-1017

Key Takeaways of the Opioids Market:
The global opioids market is expected to exhibit a CAGR of3% over the forecast period (2016 – 2024), owing to increasing incidence of chronic pain, especially in developed countries
Opioids overuse or abuse, which is contributing significantly to this market expansion, has become a major concern in developed regions such as North America
Alternative drugs for pain management such as cannabis, have gained attraction over the recent past. If proven effective and safe, cannabis is expected to potential to replace opioids
The use of medical cannabis has been endorsed by numerous professional organizations in the U.S., including the American Academy of Family Physicians, the American Public Health Association, and the American Nurses Association. In other developed countries such as UK, Germany, and other European countries, cannabis has gained significant traction, however it is yet to receive endorsements
Pressure is mounting on leading pharmacy chains such as CVS, to assist in limiting the opioid drug prescription
Key companies covered in this study include Purdue Pharma L.P., Titan Pharmaceuticals, Inc., Boehringer Ingelheim GmbH, Janssen Pharmaceuticals, Inc., Sanofi S.A., Sun Pharmaceutical Industries Ltd., Mallinckrodt Pharmaceuticals, Egalet Corporation, Endo Pharmaceuticals Inc., Allergan, Plc, and Pfizer Inc.