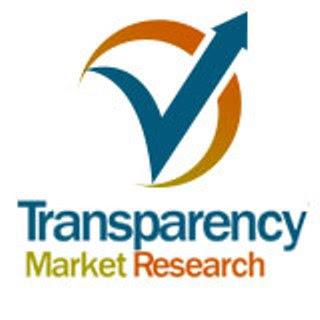 A duvet is a type of bedding used pulled over the body while sleeping. It is used to keep warm, especially during the cold season. It consist of a soft bag filled with materials such as feathers, wool, artificial fibers, silk, down, or other synthetic alternatives. These materials offer thermal insulation to the user from the outside cold and ensure calm and peaceful sleep. The duvet is covered with an outer cover that can be removed for washing, similar to a pillow cover. It is often referred to as a comforter in some parts of the world. However, a comforter doesn’t have an outer cover and is not as thick as the duvet.Download Research Brochure@ https://www.transparencymarketresearch.com/sample/sample.php?flag=B&rep_id=36902Duvets are also known as doona, continental quilts, and comforters. People use duvets as they reduce the complexity of making the bed unlike the combination of bed sheets, blankets, and other bed covers. Duvets are easy to maintain and clean which makes them a preferred choice. A duvet is usually white in color, whereas its outer cover comes in a variety of colors and textures. The duvet rests inside the duvet cover, which is sewn shut on three sides and a side is closed with a large zipper or buttons to easy removal of the cover for washing. People are increasingly using duvets around the world as they offer a rich and luxurious feel and ensures a peaceful and cozy sleep during cold nights. The tourism industry is witnessing a steady rise, which is leading to an increasing number of hotels that cater to the needs of tourists. The ongoing trend visible in the duvets market is the availability of duvets in various colors and texture patterns and also creative designs.The growing awareness regarding duvets and the ability to differentiate between a duvets, comforters, and blankets is the primary driver for the duvets market. Increasing middle class population in developing economies such as China and India and growing adoption of duvets by the people of these countries are key factors contributing to the expansion of the market. Additionally, expansion of the hospitality industry is anticipated to propel the duvets market. However, the availability of counterfeit and inexpensive alternative products is expected to hamper the market. Growing adoption of duvets by individuals to get a luxurious and cozy feel is projected to drive the market.The duvets market has been segmented based on material, application, type, point of sale, and geography. In terms of material, the market has been divided into down & feather, and 100% down. Based on application, the duvets market has been segmented into hotel, home, and others. In terms of type, the market has been segregated into luxury-type, high-grade type, mid-range type, and economic type. Based on point of sale, the duvet market has been categorized into retail stores, wholesaler, and online channel. In terms of geography, the duvets market has been divided into North America, Asia Pacific, Europe, Middle East and Africa, and South America.Browse Report@ https://www.transparencymarketresearch.com/duvets-market.htmlKey players operating in the duvets market include EuroComfort-Group, Pacific Coast Feather, John Cotton, Pacific Brands, PROLANA, Ellis Fibre, Nautica, Jill Rosenwald, Nostalgia, Wendre, Mhldorfer, Downlite, Garnier-Thibeaut, Venus, Frette, and Hollander.About Us:-Transparency Market Research (TMR) is a next-generation provider of syndicated research, customized research, and consulting services. TMR’s global and regional market intelligence coverage includes industries such as pharmaceutical, chemicals and materials, technology and media, food and beverages, and consumer goods, among others. Each TMR research report provides clients with a 360-degree view of the market with statistical forecasts, competitive landscape, detailed segmentation, key trends, and strategic recommendations.Contact Us:-State Tower, 90 State Street, Suite 700, Albany NY - 12207 United States Tel: +1-518-618-1030 Email: sales@transparencymarketresearch.com

11-27-2018 | Advertising, Media Consulting, …
Market Research Report Store
Global Duvets Market to Witness a Pronounce Growth During 2023
New report published by Market Research Report Store (MRRS) which offers insights on the global Duvets market. Down Duvets are made from the light, fluffy clusters and plumules that come from beneath the feathers of ducks and geese. The quality of down can be determined by the fill power. Down Duvets are great options for anyone allergic to down feathers or for anyone on a stricter budget. Click to view the full
11-10-2018 | Business, Economy, Finances, B …
Market Research Hub
Global Bed Duvets Market Research Report 2018-2025 | Global Key Player-Norvegr D …
Market Research Hub (MRH) has actively included a new research study titled “Global Bed Duvets Market Insights, Forecast to 2025 ” to its wide online repository. The concerned market is discoursed based on a variety of market influential factors such as drivers, opportunities and restraints. This study tends to inform the readers about the current as well as future market scenarios extending up to the period until 2025. In addition, a
06-14-2018 | Business, Economy, Finances, B …
Market Research Hub
Global Duvets Sales Market Analysis Revealing Key Drivers & Growth Trends throug …
A fresh report has been added to the wide database of Market Research Hub (MRH). The research study is titled “Global Duvets Sales Market Report 2018” which encloses important data about the production, consumption, revenue and market share, merged with information related to the market scope and product overview. The report anticipates that the market for Duvets Sales would rise at a positive CAGR during the period 2018-2025. Report covers
11-08-2017 | Business, Economy, Finances, B …
Fior Market Reports
Global Mattress Pads Market 2017 by Top Manufacturers - Serta, Sealy, Tempur-Ped …
This Global Mattress Pads report represents the mainly focused key purposes, which includes various tasks such as to identify, predict and explain the global market. The markets which are based on the several aspects such as solution, organization size, service, deployment mode, vertical and region have been thoroughly studied. Every sub-segment has been deliberately scrutinized by through this report to concern the growth trends of individual, future prospects and the
11-01-2017 | Associations & Organizations
business news
Down Duvets Market 2017-Wendre, PROLANA, Ellis Fibre, Cuddledown, John Cotton
Apex Market Reports, recently published a detailed market research study focused on the "Down Duvets Market" across the global, regional and country level. The report provides 360° analysis of "Down Duvets Market" from view of manufacturers, regions, product types and end industries. The research report analyses and provides the historical data along with current performance of the global Down Duvets industry, and estimates the future trend of Down Duvets market
06-02-2017 | Business, Economy, Finances, B …
Business Insights Report
Global Duvets Market - Industry Analysis, Size, Share, Growth, Trends, and Forec …
Market Research Hub (MRH) has recently announced the addition of a fresh report, titled “Global Duvets Market Professional Survey Report 2017” to its report offerings. The report studies Duvets in Global market, especially in North America, China, Europe, Southeast Asia, Japan and India, with production, revenue, consumption, import and export in these regions, from 2012 to 2016, and forecast to 2022. Request Free Sample Report: http://www.marketresearchhub.com/enquiry.php?type=S&repid=1119822 The report studies Duvets in Global
Comments about openPR
OpenPR is clearly structured and remains true to its principle of confining itself to the essential parts. OpenPR has proven to be a very good and reliable partner to our media agency: Within the shortest time the releases are online and go down well with the media representatives. The success of OpenPR is reflected in the steadily increasing number of press releases. It is good that OpenPR exists!
Ursula Koslik, Director Marketing & PR, F+W Hamburg