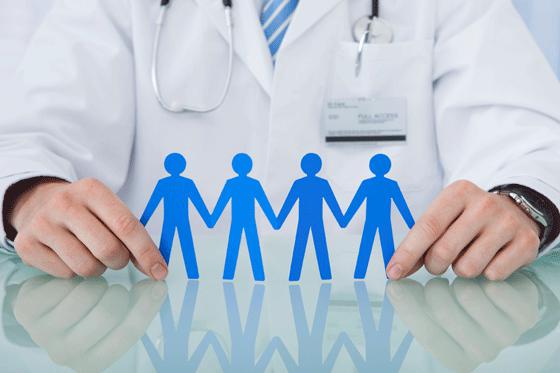 Hepatic encephalopathy is a disorder detected in patients suffering from cirrhosis. It is a syndrome that occurs in patients with liver dysfunction and is defined as a spectrum of neuropsychiatric abnormalities, after exclusion of brain disease. Hepatic encephalopathy is categorized by intellectual impairment, a depressed level of consciousness, and personality changes. The symptoms of hepatic encephalopathy includes changes in sleeping patterns, disorientation, slurred speech and agitation, drowsiness or confusion, and excitement. The influencing factors for hepatic encephalopathy includes constipation (due to increased nitrogen load), increased protein intake with azotemia, drugs, and hypoxia, gastrointestinal bleeding, and renal dysfunction.The Hepatic Encephalopathy Market can be segmented by types, treatment, and geography. Based on types, the market can be categorized into Type A, Type B, and Type C. Type A hepatic encephalopathy is related to acute liver failure that leads to rapid deterioration of the liver in patients suffering from pre-existing liver disorders. Acute liver failure that causes complications such as elevated pressure and excessive bleeding in the brain is known as fulminant hepatic failure that requires emergency hospitalization. Type B hepatic encephalopathy is related to portal-systemic bypass deprived of liver disorder. Type B hepatic encephalopathy arises when blood streams around the liver and hence the liver cannot remove or control elements in the blood. Type B generally arises as a result of hereditary abnormalities and as a result of invasive procedures or trauma. Type C hepatic encephalopathy is related to cirrhosis. Cirrhosis is the last phase of chronic liver disease when damaging fibrosis matures. As a result, problems of cirrhosis is reflected in bruising and bleeding easily, jaundice (a yellow discoloration of the skin and whites of the eyes), painful swelling of the legs (edema), fluid build-up in the abdomen (ascites), and portal hypertension (a rise in the blood pressure within a system of veins called the portal venous system).Furthermore, on the basis of treatments, the hepatic encephalopathy market is categorized into lactulose, antibiotics, probiotics, branched-chain amino acids, and liver transplantation. Lactulose is a synthetic form of sugar that is not absorbed into the body. Lactulose creates an aggressive environment for the bad microbes in the intestine, thus reducing ammonia production in the intestine. Antibiotics such as Rifaximin and Metronidazole may be used to slow down the development of bacteria in the intestine, including bacteria which produce ammonia. Rifaximin is slowly absorbed into the body that helps it to deliberate in the intestines, where it can decrease the growth of unfavorable bacteria. Probiotics or favorable microbes can change the balance of microbes in the intestines, increasing the proportion of favorable bacteria.This can result in reduced levels of ammonia production and other toxic substances. Branched-chain amino acids Valine, Leucine, and Isoleucine can help uphold muscle mass and increase ammonia clearance. Liver transplantation is the final treatment for hepatic encephalopathy wherein the damaged liver is replaced with a healthy donor’s liver. Patients who receive a liver transplant recover their brain function. However, it is important to control and stop incidents of over hepatic encephalopathy, because several incidents of over hepatic encephalopathy can possibly lead to enduring and therefore irreversible brain damage.Request to View Brochure of Report -https://www.transparencymarketresearch.com/sample/sample.php?flag=B&rep_id=31535On the basis of geography, the global hepatic encephalopathy market is segmented into five key regions, North America, Europe, Asia Pacific, Latin America, and Middle East & Africa. North America is the dominant market followed by Europe. Rising patient awareness about different treatment options and increasing demand for treatment is expected to influence the market in North America. The hepatic encephalopathy market is growing due to increasing population, better treatment options, and rising demand for rapid diagnosis globally. Presently, the U.S. is the main country contributing to the global hepatic encephalopathy market, where the financial burden of hepatic encephalopathy is significant. Followed by ascites, hepatic encephalopathy is the second most common cause for hospitalization of cirrhotic patients in the U.S. In addition, the market for global hepatic encephalopathy is expected to expand at a healthy rate in the next few years due to lack of treatment options.The major players operating in the global hepatic encephalopathy market are Alfa Wassermann S.p.A, Cosmo Pharmaceuticals S.p.A, KannaLife Sciences, Inc., Ocera Therapeutics, Inc., Rebiotix Inc., Spherium Biomed S.L., and Umecrine Cognition AB among others. Increasing competition among key players to develop new therapies for hepatic encephalopathy will drive the market globally.Pre-Book Full Report -https://www.transparencymarketresearch.com/checkout.php?rep_id=31535&ltype=SAbout Us Transparency Market Research (TMR) is a market intelligence company, providing global business information reports and services. Our exclusive blend of quantitative forecasting and trends analysis provides forward-looking insight for thousands of decision makers. TMR’s experienced team of analysts, researchers, and consultants, use proprietary data sources and various tools and techniques to gather, and analyze information. Our business offerings represent the latest and the most reliable information indispensable for businesses to sustain a competitive edge.US Office Contact 90 State Street, Suite 700 Albany, NY 12207 Tel: +1-518-618-1030 USA – Canada Toll Free: 866-552-3453 Email: sales@transparencymarketresearch.com Website: http://www.transparencymarketresearch.com