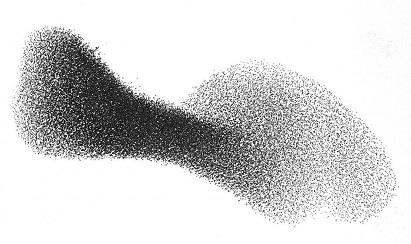 The varied factors fuelling the swarm intelligence market growth are the rising use of swarm intelligence for solving the problems of big data, the increasing rate of adoption of swarm-based drones in the military, and requirement for swarm intelligence in the business of transportation. However, the major factor restricting the market growth is the unwillingness to accept new technology.The study of the manner in which several number of rather simple and physically embodied agents can be designed in a way that desired collective behavior comes out from the local interactions among agents as well as between agents and the environment is referred to as swarm robotics. Robots in a swarm can be utilized to locate the target in a manner that the final distribution is directly proportional to the target qualities. Some algorithms offer the robot swarm with scalability pertaining to the number of robots as well as targets, and with adaptability to a non-uniform distribution of the target qualities. This factor would promote the expansion of the swarm intelligence market in the future years.Request For Free Sample Of The Report @ https://www.xpodenceresearch.com/Request-Sample/105744The global swarm intelligence market report can be segmented based on model, capability, application, and geography. Among the different market segments, the robotics application of swarm intelligence is anticipated to command the largest market share in the forecast years. This can be attributed to the rising usage of swarm robots in industries such as agriculture as well as automotive. This would fuel the market growth of the swarm intelligence market for robotics application in the future years.Depending upon geography, the swarm intelligence market can be divided into North America, Europe, Asia-Pacific, Latin America and Middle East and Africa. The Asia-Pacific region is estimated to command the largest market share of the global swarm intelligence market in the forecast years. On the other hand, the Latin American and Middle East and African market is projected to grow at the swift rate during the forecast years. The major factor promoting the growth of the swarm intelligence market in this regional market is majorly attributed to rising investments in the UAVs sector and the rising procurement of UAVs by the defense field in Latin American region.The Asia-Pacific regional market is likely to command a major share of the global swarm intelligence market. Among the various Asia-Pacific market countries, China is regarded as one of the major revenue contributors. The swarm intelligence market growth in the Asia-Pacific region is owing to the high rate of adoption of swarm-based drones in the military arena. In the month of June, 2017, China launched a swarm of over 119 fixed-wing UAVs.Also, the Chinese military is planning to launch "armed drones" as a new battle technique. This would further fuel the growth of the swarm intelligence market in this region.Obtain Report Details @ https://www.xpodenceresearch.com/Reports/Swarm-Intelligence-MarketThe major players in the swarm intelligence market include Swarm Technology, DoBots, AxonAI, Sentien Robotics, Unanimous A.I., SSI Schäfer - Fritz Schäfer , Hydromea, Enswarm, Valutico, and Power-Blox.About Us-Xpodence Research have the most extensive collection of market research reports of many categories. Xpodence Research provides the best market research solution for every industry by publishing the best possible results of great market research firms worldwide. For every particular problem, there’s a particular solution, so according to the customer needs, we provide the best possible results to them from different market research organization, whether it’s a Custom Research or Syndicated Research reports because the product that wins is the one that bridges customers to the future, not the one that requires a giant leap.Every organization, whether it is related to Pharmaceuticals, Technology, Eatables, Consumable Goods and many more demands a market research results so that they can take important decisions for more productivity and better output in this swift world. Xpodence Research gives the best possible outcome, perfect forecast, analysis and insights of market research in the form of report which is beneficial for various organisations and also to the manufacturing companies in taking the best decisions for quality production.Contact Us-Xpodence Research USA Office 244 , Madison Avenue New York City, NY - 10016 United States UK Office 109 ,Straford Street,Leeds West Yorkshrie LS11 6JG United Kingdom Toll Free +1- 844-445-2861 Email-sales@xpodenceresearch.com

You can edit or delete your press release Swarm Intelligence: AI Algorithm Predicts The Future here

10-09-2018 | Advertising, Media Consulting, …
Xpodence Research
Real-Time Location Systems (RTLS) Market For Healthcare - Hardware Segment Contr …
RTLS or Real Time Location System is a combination of hardware, software and service components, which is used for the realtime monitoring, tracking and management of equipments, patients, and staff personnels. The Real Time Location Systems find applications in civil as well as military healthcare facilities. With continuous advancements in healthcare technology, the RLTS are finding increase in adoption in many parts of the world, with developed countries at the
10-09-2018 | Advertising, Media Consulting, …
Xpodence Research
Scar Treatment Market - Keloids and Burned Scars Treatment to Take More Priority …
The global scar treatment market has been examined to pick up a comprehension about the changing situation of the appearance and aesthetic remedial measures. Scar revision is a process that is utilized to limit the scars in a way that they seem more reliable with the encompassing skin tone and skin texture. Scars are unmistakable signs that stay after an injury mends. They are unavoidable aftereffects of damage or a
10-09-2018 | Advertising, Media Consulting, …
Xpodence Research
Shotcrete Concrete Market - Key Manufacturers Motivated Towards the Adoption of …
Shotcrete or sprayed concrete is generally used in a wide range of applications including construction and wastewater treatment structures. It is considered to be an efficiently performing mortar or concrete which is blown at high speed on the desired surface of a construction site, generally through a hose. Shotcrete or sprayed concrete is generally conveyed by using two methods including dry mix process and wet mix process. The wet mix
10-09-2018 | Advertising, Media Consulting, …
Xpodence Research
Tube Packaging Market - Key Manufacturers Motivated Towards the Adoption of Key …
A hollow and cylindrical container that is made by paperboard, plastic or aluminum is called tube. Tubes are basically used for storing viscous liquid type materials like toothpaste, adhesive, ointment, and others. At the time of manufacturing and processes of filling, both the ends of the tube are cured in a different manner. An oval orifice is present on one of the end of the tube body, that can