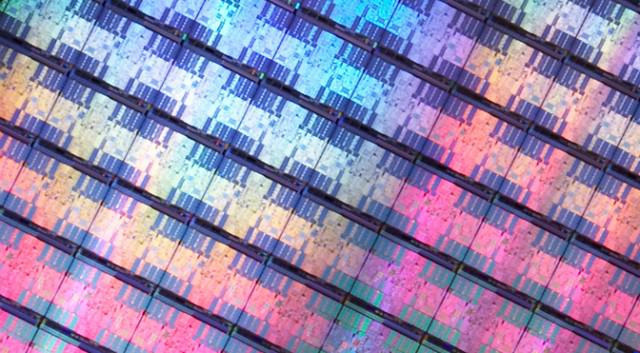 Memristor is a passive non-Volatile electronic component, it possesses the property of both the memory and resistor. Memristor is considered as the fourth fundamental component after resistor, Capacitor and Inductor. The concept of memristor and memristance was first introduced by Prof. Leon Chua from university of California, Berkeley. A memristor a two terminal electrical component that can regulate the flow of electrical current in a circuit and can remember the amount of charge that have previously flowed through it. When the current is stopped by turning of the applied voltage the component would remember the last resistance it had. Memristance is a phenomena wherein if the current flows in one direction through mermistor then its resistance increases and when the current flows in opposite direction its resistance decreases. The greatest advantage of the memristance over other conventional devices is that, the conventional devices uses 0 & 1 logic whereas memristor can use anything between 0 & 1 (i.e. 0.3, 0.5, 0.6 etc.). It provides greater reliability when power is interrupted. This system can be very useful in datacenters when the power is interrupted. Hewlett Packard made the first Reliable discovery of memristance in 2008. Currently Hewlett Packard’s version of titanium Dioxide memristor is most commonly pursued in the market. The first commercial memristor was brought into market by Knowm Inc. with bidirectional incremental resistance change property.Request A Sample Of This Report - https://www.transparencymarketresearch.com/sample/sample.php?flag=B&rep_id=34775There are various factors which are driving the growth of memristor Market. The key factor which would help to grow the memristor market is due to strong demand from smartphones, tablets, computer peripherals, and cloud vendors.The other factors which could accelerate the growth of memristor market is due to its property of remembering its previously known resistance and it’s unique design. This helps to takes less time for booting up and it is faster than using transistor. As complex devices have more transitions, thus memristor can be a replacement of increasing number of transitions in a circuit. It provides flexibility of storing information, thus acting as a great threat to DRAM, NAND flash memory and hard drives market space. Miniaturized design of memristors takes less space and consumes less voltage which can be used in programmable logic, signal processing processing and RFID’s. However, as they are still in the developing stage, there -can be many threats such as error rates, reliability, ease of programming etc. which can decline the memristor market. Also, companies such as Rambus, Panasonic & Crossbar are working on Resistive RAM Technologies which is can be an alternative to memristor.View Report - https://www.transparencymarketresearch.com/memristor-market.htmlThe memristor market is segmented by type into the following categories: By type it is divided into titanium dioxide memristor, polymeric (ionic) memristor, ferroelectric memristor, resonant tunneling diode memristor, graphene oxide memristor, silicon oxide memristor. On the basis of memory size, the Memristor market can be divided into amount of memory size required in electronic devices into 4GB, 8GB, 16GB, 32GB, 64GB & more than 64GB. It can also be segmented on the basis of industry vertical into following segments: datacenters, computer peripherals, healthcare and telecommunications.On the basis of Geography, the market can be subdivided in to North America, Europe, Asia Pacific, Middle East Africa and South America. North America can continue to dominate the memristor Market in the coming years. The North America and Europe are majorly leading the memristor market, as the developed countries here majorly invests into research and development. Asia can be their potential largest market, as the populated countries like India, China and Indonesia are the major consumers of electronic’s industry.Buy This Report - https://www.transparencymarketresearch.com/checkout.php?rep_id=34775&ltype=SKey players in the Memristor market includes Hewlett-Packard, SanDisk, Knowm Inc., Crossbar Inc., SK Hynix, IBM, Samsung, Rambus, HRL Laboratories, Micron Technology, AMD Inc, Panasonic Corporation. Currently Hewlett Packard’s version of titanium Dioxide Memristor is most commonly pursued into the market .In order to gain a competitive advantage in the industry, these players are actively involved in researching, discovering and prototyping thousands of various types of memristors.Transparency Market Research (TMR) is a next-generation provider of syndicated research, customized research, and consulting services. TMR’s global and regional market intelligence coverage includes industries such as pharmaceutical, chemicals and materials, technology and media, food and beverages, and consumer goods, among others. Each TMR research report provides clients with a 360-degree view of the market with statistical forecasts, competitive landscape, detailed segmentation, key trends, and strategic recommendationsTransparency Market Research 90 State Street, Suite 700 Albany, NY 12207 Tel: +1-518-618-1030 USA - Canada Toll Free: 866-552-3453 Email: sales@transparencymarketresearch.com Website: www.transparencymarketresearch.com

08-09-2022 | Business, Economy, Finances, B …
Transparency Market Research
Interactive Kiosk Market To Undertake Strapping Growth During 2022-2031
In recent years, the industry has grown rapidly due to developments in payment and security technology. It is predicted that several self-service kiosk manufacturers will seek to maximize the capabilities of these technologies and integrate them in their product offerings. Long lines in public locations such as malls, banks, and railway stations, as well as check-in desks at airports, can be avoided by the use of interactive kiosks. Get report
08-09-2022 | Sports
Transparency Market Research
Sports Protective Equipment Market To Record an Exponential CAGR By 2019 - 2027
Transparency Market Research delivers key insights on the global sports protective equipment market. In terms of revenue, the global sports protective equipment market is estimated to expand at a CAGR of ~ 5% during the forecast period, owing to numerous factors, regarding which, TMR offers thorough insights and forecasts in the sports protective equipment market report. Get report details-https://www.transparencymarketresearch.com/sports-protective-equipment-market.html Sports protective equipment are uniquely designed for certain sports to prevent injuries. Sports
08-09-2022 | Energy & Environment
Transparency Market Research
Offshore Wind Turbines Market worth US$ 120 Billion by 2030 - Exclusive Report b …
Offshore Wind Turbines Market: Introduction In terms of value, the global offshore wind turbines market is expected to reach US$ 120 Bn by 2030, expanding at a CAGR of ~8% during the forecast period. Based on volume, the global offshore wind turbines market is estimated to reach 65,037 MW by 2030, expanding at a CAGR of ~8% during the forecast period. Among foundation types, the monopile segment is anticipated to contract
08-09-2022 | Business, Economy, Finances, B …
Transparency Market Research
Pet Food Market Growing Demand and Huge Future Opportunities by 2029
In recent years, Generation Z consumers and millennials are increasingly adopting pets. This in turn results in rapid growth opportunities in the pet food market. Furthermore, the pet food market is witnessing innovations and technological advancements in plant-based food products. This factor may fuel growth opportunities in the market in upcoming years. With growing awareness among pet owners about the health of their pets, they are estimated to increase expenditure