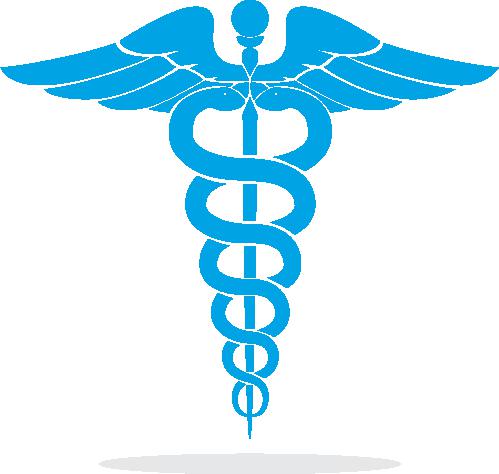 Psychotherapy is a collaborative treatment method used by psychologists to help people overcome various mental illnesses and emotional difficulties. Psychotherapy aims to improve an individual’s well-being and mental health by eliminating or controlling troubling symptoms. A psychotherapist addresses different types of mental, emotional, and behavioral problems such as troublesome phobia, compulsive disorders, and trauma, grief caused by death of loved ones, depression, anxiety, and medical illness. Many different types of psychotherapy techniques have been developed as per the need and indication of the patients.Psychotherapeutic drugs are also being used in combination with other techniques, which are found to be more effective than the use of a single technique. Psychotherapeutic drugs are used to treat several types of mental disorders such as schizophrenia, bipolar disorder, anxiety, and depression. Several types of psychotherapeutic drugs are available in the market for the treatment of severe mental illnesses and behavioral disorders. Majority of drug class used for the treatment of mental disorders include antidepressant, antipsychotics, and psychotherapeutic combination drugs. High prevalence of mental disorders and depression globally, increase in risk of depression owing to poverty, unemployment, death of loved ones, or relationship problems are the key factors driving The Global Psychotherapeutic Drugs Market.According to the World Health Organization, over 300 million people, nearly 4.4% of the global population, suffered from depression in 2015. Additionally, the estimated number of people living with depression has increased by 18.4% from 2005 to 2015. Introduction of new psychotherapeutic drugs in the market, owing to the increase in R&D investment budgets, demand for cost-effective antipsychotic drugs, and therapeutic application of psychotherapeutic drugs are likely to boost demand for psychotherapeutic drugs during the forecast period. However, side effects such as drowsiness, insomnia, and blurred vision caused by antipsychotic drugs are likely to restrain the market during the forecast period. Moreover, patent expiry of top branded products is projected to open a window for the generic drugs market in the near future.Request to View Brochure of Report -https://www.transparencymarketresearch.com/sample/sample.php?flag=B&rep_id=1449The global psychotherapeutic drugs market can be broadly segmented based on drug class, application, distribution channel, and region. In terms of drugs class, the market can be segmented into antipsychotic drugs, antidepressants, and psychotherapeutic combinations. Antipsychotic drugs are used to treat delusions, hallucinations, paranoia, and confusion. These are also used to treat schizophrenia, severe depression, severe anxiety, and to some extent bipolar disorders. The antipsychotic drugs segment accounted for the largest market share in 2016 and the trend is likely to continue from 2017 to 2025. The segment can be sub-segmented into thioxanthenes, atypical antipsychotics, phenothiazine antipsychotics, and miscellaneous antipsychotic agents. The antidepressants segment can be further divided into selective serotonin reuptake inhibitors, serotonin-norepinephrine reuptake inhibitors, tetracyclic antidepressants, tricyclic antidepressants, and miscellaneous antidepressants. Based on application, the market can be segmented into schizophrenia, dementia, bipolar, and unipolar depression. In terms of distribution channel, the psychotherapeutic drugs market can be categorized into hospital pharmacy, retail pharmacy, and online pharmacy.Geographically, the global psychotherapeutic drugs market can be segmented into five regions: North America, Europe, Asia Pacific, Latin America, and Middle East & Africa. North America dominated the global psychotherapeutic drugs market in 2016. High prevalence of depression and mental disorders, high per capita health care expenditure, and favorable medical reimbursement policies are the key factors likely to contribute to the growth of the psychotherapeutic drugs market in North America during the forecast period. According to the Anxiety and Depression Association of America, over 18.1% of the population of the U.S. are diagnosed with mental disorders each year. Europe was the second leading market for psychotherapeutic drugs in 2016. The market in Asia Pacific is projected to expand at a rapid pace during the forecast period owing to rise in health care expenditure, easy access and availability of medication, and increase in awareness about mental disorders.Key players operating in the global psychotherapeutic drugs market are Eli Lilly & Co., Johnson & Johnson, Pfizer, Inc., Bristol-Myers Squibb Company, Allergan, GlaxoSmithKline plc, AstraZeneca plc, and Astellas Pharma, Inc., among others.Pre-Book Full Report -https://www.transparencymarketresearch.com/checkout.php?rep_id=1449&ltype=SAbout Us Transparency Market Research (TMR) is a market intelligence company, providing global business information reports and services. Our exclusive blend of quantitative forecasting and trends analysis provides forward-looking insight for thousands of decision makers. TMR’s experienced team of analysts, researchers, and consultants, use proprietary data sources and various tools and techniques to gather, and analyze information. Our business offerings represent the latest and the most reliable information indispensable for businesses to sustain a competitive edge.US Office Contact 90 State Street, Suite 700 Albany, NY 12207 Tel: +1-518-618-1030 USA – Canada Toll Free: 866-552-3453 Email: sales@transparencymarketresearch.com Website: http://www.transparencymarketresearch.com