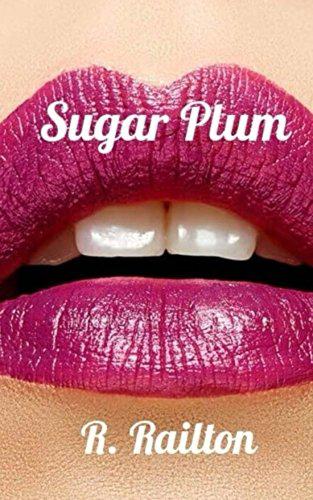 ISBN #978-1981804948“Sugar Plum” by R. Railton is publishedA young woman dreams of being a star, but becomes a mistress of a famous man and moves to France once she becomes pregnant by him out of wedlockAbout the Book:Betts was born before the Second World War in London. During the Blitz, she survived on a diet of Hollywood films and dreamed of becoming a big Hollywood star. She became a chorus girl and the mistress of a famous man, a comedian whom she thought would help her to achieve stardom. She became a celebrity when she became Sugar Plum, a stooge for his act. It was a brief fame, and when she had a baby, she had to go to France to escape the shame of having a baby out of wedlock in the 1950s. The story continues with her life after a brief appearance on Broadway, an even briefer marriage, and her life in general after that.Excerpt from “Sugar Plum”:“Gordon panicked, I cried, Elsie fumed and Reg tried to arrange an abortion. Fortunately, the television series had finished, but rehearsals were about to begin for the Summer Show, and there was talk of pre-recording the television series for the following autumn. Not sending it out live meant all sorts of technical problems could be sorted out beforehand. ‘What I can’t understand,’ Elsie raged, ‘is why you couldn’t take precautions. That stupid Reg Clarkson. I knew this would happen, I knew it, knew it from the moment he stood on my doorstep, I should have told him to clear off.’ Elsie always knew afterwards what was going to happen. ‘Reg isn’t to blame,’ I sobbed, after finally plucking up courage to tell her. ‘Well, he should have known you were too stupid to protect yourself.’ Elsie stomped my flat. ‘Elsie, Reg isn’t the father of this baby,’ I cried. ‘What!’ she exploded. ‘What are you saying, that you’ve been sleeping with other people? You silly little tart!’ she raged. ‘Oh nice, very nice, got any more little surprises have you?’ ‘No Elsie, please listen to me and stop walking about. Sit down and I’ll tell you.’ Elsie thudded down in an armchair and attempted to compose herself. ‘Gordon Silver is the fa…’ was as far as I got before she sprang up again. ‘Gordon Silver!’ she screamed loud enough for the entire block of flats to hear. ‘He’s old enough to be your father! What’s the matter with you? How long has this been going on?’”Amazon reviews:4.0 out of 5 stars Really good read 7 August 2017 Format: Paperback | Verified PurchaseFantastic read, funny, sad, touching. Good descriptions take you in and make you relate to the characters. Independently published and worthy of support.5.0 out of 5 stars I felt the writer was telling the story to me direct - comfortably intimate. 11 July 2015 Format: Kindle Edition | Verified PurchaseNot only is this story delightful entertainment, with rounded, believable characters, but also a gentle comment on social history of its time. I felt the writer was telling the story to me direct - comfortably intimate.“Sugar Plum” by R. Railton is available in paperback from Amazon UK at:https://www.amazon.co.uk/Sugar-Plum-R-Railton/dp/1981804943This novel can also be downloaded in e-book format from Amazon UK at:https://www.amazon.co.uk/dp/B078KP5MR5Press/Media Contact Details:Darin Jewell (R. Railton’s literary agent) Tel. 0208 292 5163 E-mail: darin@theinspiragroup.comThe Inspira Group is a professional literary agency in London, England.Bradley Road Enfield, Middx. England EN3 6ES

You can edit or delete your press release “Sugar Plum” by R. Railton is published here