Castor Oil Market Trends and Opportunities for the Industry by 2025 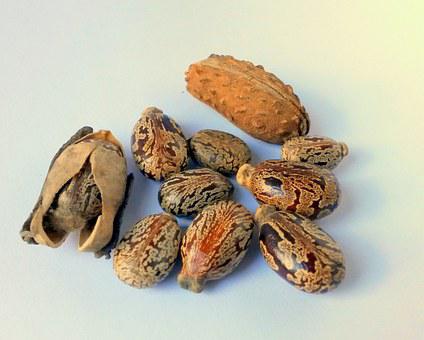 Castor Oil Market: Introduction:Castor oil is known to be the only source of hydroxylated fatty acid and hence, has a great amount of demand as a feedstock in different related industries. Castor oil is used from hair oil to lubrication of airplane machinery. Castor oil’s 90% constituent is ricinoleic acid, which is used in pharmaceutical industries. Rapid use of scientific knowledge has increased the productivity of the castor oil. But a large amount of the production yield is based on the timely rain in the region of the castor oil harvest. The versatile application of castor oil has produced a significant amount of market in the last few decades. The production got increased approximately by 50% in last 25 years. India stands as the major producer of the castor oil, approx. 85% by quantity. The current rate of production is not sufficient to the demand of the castor oil present in the market. This situation creates a very lucrative opportunity for the new players to enter the castor oil market. Download exclusive Sample of this report: https://www.transparencymarketresearch.com/sample/sample.php?flag=B&rep_id=21047Castor Oil Market: Segments:The segmentation of castor oil market can be done by the end use industries and form.Based on end use industries the castor oil market can be segmented into personal care, food and beverage, pharmaceuticals, lubricant, fuel and others. In personal care industry, castor oil is used as a source of moisturizer because of its high fatty acid content. Hair care products like shampoo, hair oils and hair styling cosmetics use castor oil. Castor oil is also used to produce body lotions and deodorants. In food and beverage, castor oil is used for packaging, flavoring and as viscosity additives. Ricinoleic is using as an anti-inflammatory agent in the pharmaceutical industry which is isolated from castor oil. Lubricating property of hydrogenated castor oil is widely used in lubrication industry. Areas like aircraft lubricant, jet engine lubricant, hydraulic fluid and lubricant grease are the main use of castor oil. In fuel industry, castor oil is determined as the best biofuel available in terms of per capita yield in the market and it is mainly used as the fuel additive.Based on a form the castor oil market can be segmented on the basis of refined oil and hydrogenated oil. The refined oil is pure, pale yellow colored which can be used directly as feedstock. The hydrogenated one is basically used in lubricant and cosmetic industries which have a hard texture and waxy appearance.Obtain Report Details @ https://www.transparencymarketresearch.com/castor-oil-market.htmlCastor Oil Market: Region-wise Outlook:In the global market, India will be the key producer of the castor oil because of its favorable ecosystem for castor plant and China will be the largest market for the castor oil followed by Japan and Malaysia in Asia-Pacific region. Current market trends show increased use of natural products in Northern American and European market, hence will surely be a boost to the already huge castor oil consumption market in the region. In Middle East region, Saudi Arabia stands as the biggest consumption market for the castor oil. Castor Oil Market: Drivers and Restraints: Natural and organic product trend will be the main driver of the castor oil market. The net demand of such genre of the product has gone up in the market with the introduction of new products involving castor oil. Food and beverage industry is anticipated to create a great amount of demand for castor oil as an additive and flavoring agent. Other industries who use castor oil in their products like pharmaceuticals and personal health will keep a steady demand of castor oil all around the world. The dependency of the crop yield over the seasonal rain is a main restrain to the castor oil market. A low yield may increase the value of the castor oil in the market which may force producers to use alternatives.Castor Oil Market: Key Players:The global key players of castor oil market will be Jayant Agro-Organics Limited, Adya Oils & Chemicals Ltd, Gujarat Ambuja Exports Ltd, N.K.Proteins Pvt Limited, RPK Agrotech exports Pvt. Ltd, Kanak Castor Products Pvt Ltd, Sree Rayalseema Alkalies & Chemical Ltd., Taj Agro Products, Shandong Tianxing biotechnology Co., Ltd, Tongliao Winning Chemical Co, .Ltd.About UsTransparency Market Research (TMR) is a market intelligence company, providing global business information reports and services. Our exclusive blend of quantitative forecasting and trends analysis provides forward-looking insight for thousands of decision makers. TMR’s experienced team of analysts, researchers, and consultants, use proprietary data sources and various tools and techniques to gather, and analyze information. Our business offerings represent the latest and the most reliable information indispensable for businesses to sustain a competitive edge.US Office Contact90 State Street, Suite 700 Albany, NY 12207 Tel: +1-518-618-1030 USA - Canada Toll Free: 866-552-3453 Email: sales@transparencymarketresearch.com Website: https://www.transparencymarketresearch.com