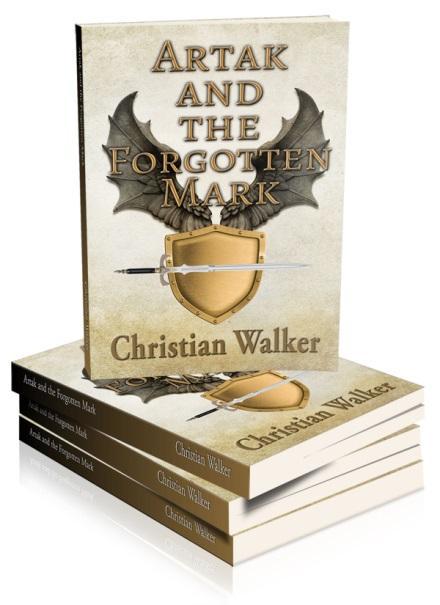 Artak and The Forgotten Mark, by Christian Walker, takes you on the epic journey of a boy who travels the world to become the man and warrior he was destined to be.Madison, WI, USA -- Christian Walker's Artak and The Forgotten Mark is the story of Artak, who having travelled the world mastering his fighting skills, returns home a fearless warrior.When Artak was merely 14, he watched his parents killed along with his entire village. In fear, the boy barely escaped the fiery scene by his father's command. This shock engraved in his heart a vow to avenge them one day.Collapsing at the gates of Wimbra a few days later, he is taken in by Martuk, the village leader. Accepting him as his own child, he teaches the young boy everything he knows of the art of sword combat, but given his natural abilities and determination, in a short time he surpasses the skills of his teacher.Little does he know fate will soon give him the chance he's long waited for; to meet face to face with the beast that left him an orphan."A good read for all fans of fantasy, adventure, swords and dragons." ~5 Star ReviewGenre - Dragons, Romance, Friendship, Love, Brotherhood, Heroism, Fantasy, AdventureArtak and The Forgotten Mark ISBN 9781506905006, published by First Edition Design Publishing (http://www.firsteditiondesignpublishing.com), is available on-line wherever ebooks are sold. The 244 page print book version, ISBN 9781506904993 is published by First Edition Design Publishing and distributed worldwide to online booksellers.About First Edition Design Publishing First Edition Design Publishing (aggregator) formats, converts and submits your book to over thousands of eBook and POD (PRINT) distribution points worldwide and to the top internet retailers including but not limited to - Apple, Amazon, Barnes & Noble, Kobo, Google, Ciando, e-Sentral, EBSCO and more.Media Contact: First Edition Design Publishing PO Box 20217, Sarasota, FL 34276 +1(941)921-2607 media@firsteditiondesign.com http://www.firsteditiondesignpublishing.com

You can edit or delete your press release FED Publishing Releases New Book, "Artak and The Forgotten Mark" by Christian Walker here