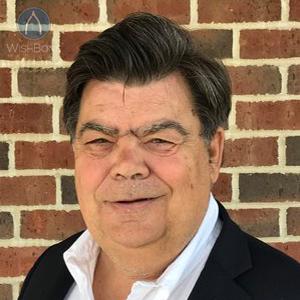 December 6, 2017 – WishBone Medical, Inc., a new pediatric orthopedic company in Warsaw, Indiana, announced that Jean-Pierre “JP” Capdevielle has taken on the role of Chief Strategy Officer. Mr. Capdevielle has also been elected unanimously by the Board of Directors to serve as a Director for WishBone Medical, Inc.. As CSO, he will work closely with the Chairman of the Board and CEO, Nick Deeter to grow WishBone Medical’s strategic initiatives.Mr. Capdevielle is a seasoned executive with over 37 years of international experience and has a successful track record of helping startup companies. His knowledge of the orthopedic industry has lead him to the top of major International Medical Device Companies like, Smith & Nephew and Sofamor Danek/Medtronic to name a few. Mr. Capdevielle has lead multiple teams to the successful launches of sophisticated and innovative devices and systems throughout his years of experience.Jean-Pierre Capdevielle has an extensive professional resume. In 1979 Mr. Capdevielle founded his first company Medical Hospital Products Ltd in Malta, upon leaving in 1982 he had a team of over 240 employees. In 1988 Mr. Capdevielle joined Smith & Nephew to become their Senior Director of Continental Europe and Managing director of French, German and Spanish Operations. Upon joining Smith & Nephew, Mr. Capdevielle lead to a sales growth of 35% a year from 1989-1992 and contributed in the successful introduction of the GENESIS Modular Knee system across EU.Upon his resignation from Smith & Nephew in 1993, Mr. Capdevielle joined and worked directly with Ron Pickard, CEO and Chairman of Sofamor Danek. At Sofamor Danek Mr. Capdevielle helped bring in revenue of up to $350 million. From 1993-2006 Mr. Capdevielle was a part of many successful business ventures before starting his current business in 2006: Isortho & ICS Consulting Group. Just within the past 4 years, Mr. Capdevielle has contributed to the success of over 22 companies.WishBone Medical was founded by Nick Deeter, a leader in Pediatric Orthopedics. WishBone is a pediatric orthopedic company focused on the unmet needs of children suffering from orthopedic issues. WishBone’s commitment is to provide anatomically appropriate innovative implants and instruments in sterile packed, single use, disposable kits with an emphasis to minimize disease, prevent infection, reduce overall costs for our customers and to achieve the best outcomes for children who are still growing, because kids are not just little adults.“JP brings an incredible amount of medical device industry experience to our team,” says Nick Deeter, Chairman of the Board and CEO of WishBone Medical. “We are very glad to have him at WishBone Medical to serve as our Chief Strategy Office and newly elected Board Member. We are eager for him to work with the WishBone Medical Team as we take the company into a successful second year of operations.”Mr. Capdevielle received his M.B.A in International Marketing and Finance programs from Hautes Etudes Commerciales Jouy-en-Josas in 1974 and in 1992 completed the Marketing Executive Program from Columbia University in New York. Mr. Capdevielle currently resides in France and is fluent in over 3 languages. He served in the Military from 1974-1976. Mr. Capdevielle is married with two children and enjoys playing/watching rugby and golf in his free time.To learn more about WishBone Medical, visit www.WishBoneMedical.com.WishBone Medical, Inc. is a privately held pediatric orthopedic company offering anatomically-appropriate innovative implants and instrument solutions to pediatric patients and surgeons worldwide.For further information, visit www.wishbonemedical.com or call Allison McSherry, General Manager at (574)306-4006.WishBone Medical, Inc. 2150 North Pointe Drive Warsaw, IN 46582 Allison McSherry, General Manager (574)306-4006 www.wishbonemedical.com

You can edit or delete your press release WishBone Medical Inc. Names Jean-Pierre Capdevielle as Chief Strategy Officer and Board Member here