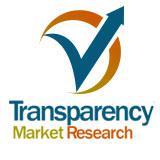 Demand for military wearables is increasing due to increasing application of smart textiles and e-textiles in wearables. Demand for military wearables is likely to increase during the forecast period. Government defense agencies are likely to invest in acquiring highly efficient military wearables. The demand for military wearables is expected to be directly proportional to advancements in the industry.Browse Market Research Report @ https://www.transparencymarketresearch.com/military-wearables-market.htmlBased on product types, the military wearables market has been segmented into eyewear, wrist wear, smart textiles, modular, ear wear, smart keychains, and others. Smart textiles is anticipated to be a major segment of the market by the end of 2016. The trend is estimated to continue during the forecast period. The major factor boosting the market is increasing demand for military wearables from developing nations such as India, Pakistan, Brazil, and Mexico. In addition, textile-based materials armed with electronics and nanotechnology play an important role in the growth of military uniforms. The factors driving the market are uptrend in military wearables market increasing the growth of smart textiles market and hybrid application and multi-featured mobile devices. Some of the restraining factors are high cost and lack of exhaustive regulations and standards. Based on applications, the military wearables market has been segmented into army, air force, navy, and others. Army is anticipated to be the major segment by the end of 2016 and the same trend is likely to continue from 2016 to 2024. The major factor fueling the market is border problems between countries such as India and China and India and Pakistan. These issues are making countries build up their defense system. This, in turn, is driving the demand for military wearables. In addition, ongoing war against conflicts in the Crimean Peninsula, Al-Qaeda in Afghanistan, and ISIS in Syria is fueling the global military wearables market. Fill the form for an exclusive sample of this report @ https://www.transparencymarketresearch.com/sample/sample.php?flag=B&rep_id=17753On the basis of regions, the global military wearables market has been segmented into North America, Europe, Asia Pacific, South America, and Middle East & Africa. North America holds the major share of the global market, followed by Europe. Europe is followed by Asia Pacific, Middle East & Africa, and South America. The U.S. is a key contributor to the military wearables market in North America. One of the major factors driving the market for military wearables in the U.S. is investments by several government companies such as U.S. Army Armament Research, Development and Engineering Center (ARDEC), U.S. Army Project Manager Command Posts (PM CP), U.S. Army Rapid Equipping Force (REF), U.S. Coast Guard (USCG), U.S. Department of Defense (DoD), U.S. Department of Transportation (DoT), U.S. Federal Aviation Administration (FAA), U.S. Government Accountability Office (GAO), U.S. Joint Forces Command (USJFCOM), U.S. Marine Corps (USMC), U.S. Missile Defense Agency (MDA), U.S. National Aeronautics and Space Administration (NASA), U.S. Jet Propulsion Laboratory (JPL), and U.S. Navy (USN). In addition, the rising demand from the military sector has led to growth of the military wearables market in Americas. The market in Asia Pacific is projected to expand at a high CAGR between 2016 and 2024. Some of the important players in the military wearables market include Bionic Power (Canada), Apple (the U.S.), Hewlett-Packard (the U.S.), Applied Materials (the U.S.), Qualcomm (the U.S.), Google Inc. (the U.S.), and E. I. Du Pont De Nemours and Company (the U.S.). These top players are targeting developing economies and are adopting several methods to raise their market share. Some of the others players operating in the market are Corning (the U.S.), Gentherm Incorporated (the U.S.), Sensoria, Inc. (the U.S.), Interactive Wear AG (Germany), and Outlast Technologies LLC (the U.S.).About TMRTransparency Market Research (TMR) is a global market intelligence company providing business information reports and services. The company’s exclusive blend of quantitative forecasting and trend analysis provides forward-looking insight for thousands of decision makers. TMR’s experienced team of analysts, researchers, and consultants use proprietary data sources and various tools and techniques to gather and analyze information.Contact TMR90 State Street, Suite 700 Albany, NY 12207 Tel: +1-518-618-1030 USA - Canada Toll Free: 866-552-3453 Email: sales@transparencymarketresearch.com Website: https://www.transparencymarketresearch.com