Press release from: What's Up Interactive 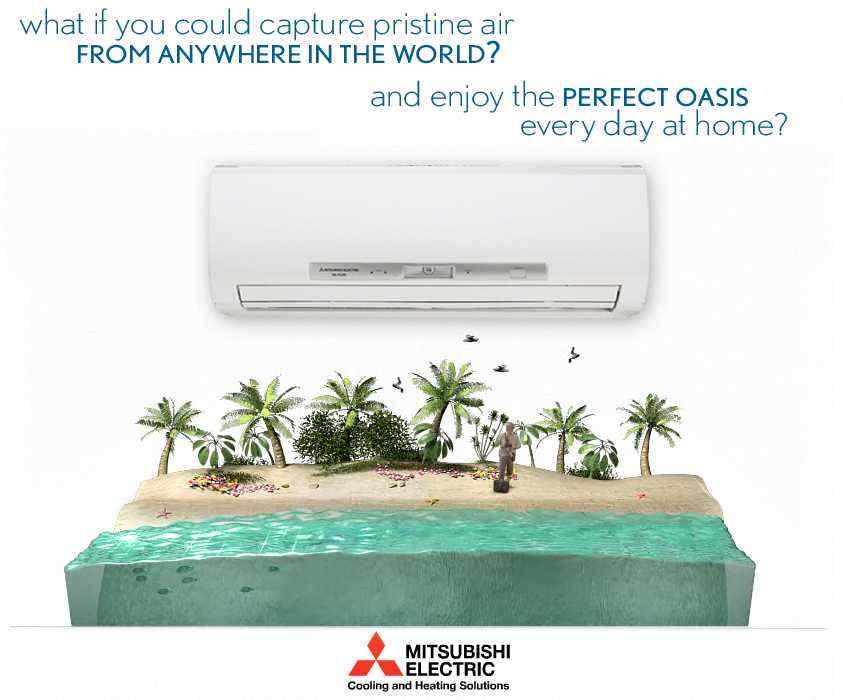 Ames Scullin O’Haire (ASO) has launched a new broadcast campaign and website for Mitsubishi Electric. The campaign features a globe-trotting “Air Hunter” character, played by Steve McQueen’s son, Fred McQueen. In a series of commercials, he introduces people to the pristine air they can get from Mitsubishi Electric’s ductless cooling and heating systems. These systems are unique because they allow more precise, energy-efficient cooling and heating – while filtering allergens from the air. And since they don’t require ductwork, they can be installed easily in any room, according to ASO Exec. Creative Director Patrick Scullin. The “Air Hunter” themed website, www.mitsubishicomfort.com, is a critical part of the campaign providing consumers with an engaging way to become educated on the all the features and benefits of the system. The site’s innovative animation draws users attention to specific selling points of the product, including a “go green, not broke” section that details its superior energy efficiency. The site also makes it easy to locate area contractors who sell and install the units. ASO did the creative and design work with assistance from Atlanta-based Visual 23, an interactive design and development studio. The site was built with highly editable, modular architecture, for easy updates to content. And it incorporates the latest streaming video technology to create a familiar “Sims” feel. It also uses a combination of 3D and Flash animation to optimize performance. Ames Scullin O’Haire is one of the fastest growing agencies in the southeast with $110 million dollar in billings serving a roster of clients including Food Lion, Mitsubishi Electric, Heartgard Plus, Manheim Auto Body Repair, The Atlanta Journal-Constitution and Barnsley Gardens Resort. For 29 years, Mitsubishi Electric HVAC Advanced Products Division, headquartered in Suwanee, Georgia, has been a leading marketer of intelligent air-conditioning and heating technology, manufactured by its parent corporation, Mitsubishi Electric. The Division’s market distribution includes all of North America. Ames Scullin O'Haire 245 Peachtree Center Ave NE, 23rd FL Atlanta, GA 30303 Contact:Patrick Scullin

More Releases from What's Up Interactive