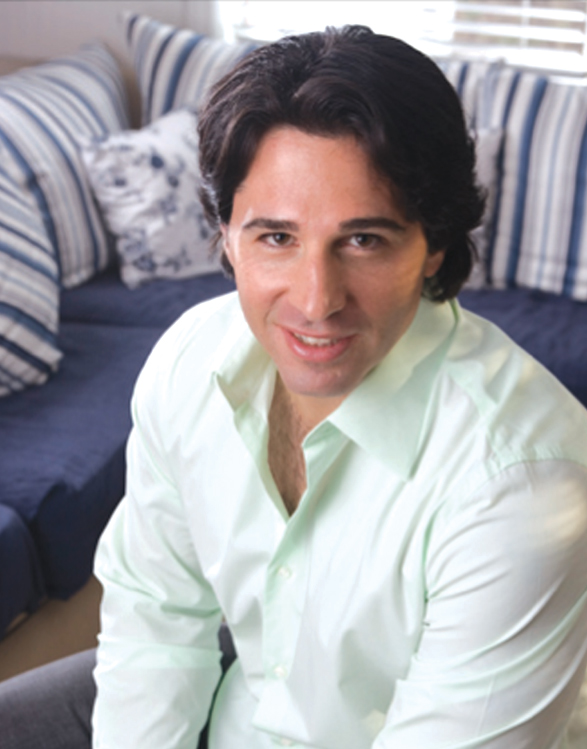 CELEBRITY DESIGNER FRANK FONTANA RESCUES HOMEOWNERS FROM BAD TASTE ON HGTV'S TAKEOVER MY MAKEOVER New Half-Hour Series Premieres Saturday, May 6 @ 7 p.m. ET/PT LOS ANGELES, CALIF. (April 25, 2006) – When bad designs happen to good people, HGTV is there to turn things around in Takeover My Makeover, an entertaining new weekly series premiering Saturday, May 6 at 7 p.m. ET/PT. Takeover My Makeover features a rotating team of expert designers led by Frank Fontana, and two other designers. Fontana rescues would-be decorators and their misguided makeovers by transforming truly tacky attempts into tastefully executed room designs. In the premiere episode, Fontana along with his team of designated design coordinators and contractors step in to redo a disastrously designed modern living room. Amazingly, the team brings the original design vision to life on a budget of only $2,000. Throughout the series, Fontana and the Takeover My Makeover team offers tips on how to avoid the most common design errors such as taking a design theme too literally, making elements that should be "highlights" the main features in a room, or neglecting the basic principles that translate into a cohesive design. The result is a lively half-hour in which homeowners ultimately get the room they envisioned but were unable to create on their own. In addition, viewers learn the fundamentals of good design, find out how to achieve popular design styles such as Cottage Chic, Asian, and Modern Hotel Chic, and get valuable takeaway tips. Television audiences will recognize Fontana as the "Italian Stallion" underdog on ABC’s Martha Stewart-themed reality competition The Great Domestic Showdown. On the surface, Fontana’s macho and muscular exterior caught people off guard. Who would have predicted this Long Island native could out-bake, out-decorate and out-design his TV rivals – winning the show last season? But that’s exactly what happened when Fontana walked away with the grand prize. From ABC, Fontana quickly moved to TLC where he landed a featured role on the one- hour documentary-style unscripted program "Faking It". With cameras rolling, Fontana spent a month mentoring a woman from Texas on how to become a domestic goddess. With Fontana’s help, the woman won the competition. About HGTV HGTV, America’s leader in home and lifestyle programming, is distributed to more than 89 million U.S. households and is one of cable’s top-rated networks. HGTV.com is the nation’s leading online home and garden destination, drawing an average of 5.2 million unique visitors per month. HGTV owns 33 percent of HGTV Canada and provides much of the Canadian network’s daily programming. The network’s branded programming also can be seen in 41 other countries and its selected programming is available to service men and women on board Navy ships and through American Forces Radio & Television Service (AFRTS) which services more than 1,000 outlets in over 175 countries. Headquartered in Knoxville, Tenn., with offices in Atlanta, Chicago, Dallas, Detroit, Los Angeles, Nashville and New York, HGTV is wholly owned by The E.W. Scripps Company (NYSE:SSP), which also operates Food Network, DIY - Do It Yourself Network, Fine Living and Great American Country. # # # CONTACT: Hell Panzi Public Relations 310.985.3132 Press@frankfontana.net www.frankfontana.net