Press release from: Over the Rainbow Group 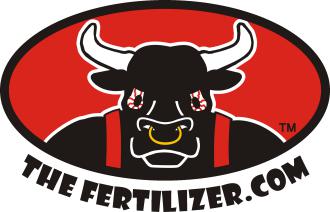 Washington, DC – On October 13, 2017, surrounded by smiling, loyal supporters, President Donald Trump signed an Executive Order banning the celebration of Thanksgiving within the boundaries of the United States and its territories.Expressing a desire to bring Americans together by participating in the ongoing wave of calls for historical accuracy, manifested primarily by efforts to remove monuments recognizing treasonous Confederate military leaders from publicly owned properties, Trump stated his action would correct longstanding myths and “fake news” about the Pilgrims. The President stated, “just as I sought to be fair and balanced in my comments recognizing the ‘good people’ among Nazis and Klu Klux Klaners participating in rallies at Charlottesville, I believe our nation must be fair and balanced in its remembrance of the Pilgrims.”Trump accurately noted the Pilgrims’ rejection of the religious sacraments such as marriage, Last Rites, and Ordination which the Pilgrims contended lacked any scriptural basis. Possibly in homage to religious leaders present in the Oval Office for the historic signing, the President also assailed the Pilgrims’ questioning of the Pope, Saints, bishops, and church hierarchy and the veneration of relics, including fancy architecture, stain glass windows, crosses, and statutes. Finally, the President decried the Pilgrims’s refusal to celebrate Christmas and Easter, two job-creating holidays vital to the economy of the United States.In his closing comments, President Trump responded to criticisms comparing his recent response, and that of his supporters, to nondisruptive protest actions by NFL players during pre-game National Anthem ceremonies to the response of King James I and the Church of England to the religious beliefs and practices of the Pilgrims. Unabashedly asserting his authority to define and identify “true patriotism”, he strenuously disputed any similarity between his mindset, and that of his supporters, and the mindset of King James I and the Church of England in regard to the propriety of religious practices. A mindset which ultimately led to the Pilgrims’ flight to the “New World” and, years later, the promulgation of the First Ammendment of the U.S. Constitution by the Founding Fathers. ###We, at TheFertlizer.com, understand the important public service that BS, and its purveyors, play in providing for the general welfare. The time has come to recognize BS in its many forms, acknowledge the efforts of its purveyors, and, on occassion, offer a little of our own.Over The Rainbow Group P.O. Box 382286 Duncanville, TX 75138-2286

03-31-2021 | Tourism, Cars, Traffic
China Highlights
Top 8 Things to Do in Tibet
Tibet, the roof of the world, is every traveler's dream. The land keeps its centuries-old traditions, mysterious religious culture, and untouched pure natural scenery. Below are the top 8 attractions to see and things to do in Tibet according to their popularity and accessibility. 1. Explore the Potala Palace The Potala Palace is a symbol of Tibet. The majestic white and red building complex, set against grey/green mountains and blue sky, is an
11-24-2020 | Business, Economy, Finances, B …
Zion Market Research
Global Processed Meat Market 2020 Future Trends - JBS SA, Pilgrims Pride Corp., …
The “Processed Meat (Cured Processed, Uncured Processed and Others) Market by Meat Type (Poultry, Pork, Mutton, Beef and Other); by Types (Chilled Processed Meat, Frozen Processed Meat, Canned/Preserved Meat and Meat Products and Frozen Processed Red Meat): Gl” A fundamental outline of the Processed Meat niche is presented by the Processed Meat report that entails definitions, classifications, applications together with industry chain framework. The Processed Meat report provides a far-reaching
11-30-2018 | Tourism, Cars, Traffic
Research N Reports
Insights on the Growth of Travel and Tourism in Saudi Arabia Market by 2025 with …
Saudi Arabia's inbound tourism declined slightly in 2016 and this is largely attributed to the decrease in Hajj pilgrims as the country reduced the quota due to the expansion of mosque Masjid-e-Haram. Hajj pilgrims from outside Saudi Arabia declined marginally by -0.3%. However, as 2015 was the last year for the cut in pilgrim quotas as construction is now complete, international arrivals are expected to increase significantly over the coming
01-23-2018 | Tourism, Cars, Traffic
Communicatons Inc
Leisure Hotels Announces Luxury Camps for Chardham Devotees
Leisure Hotels, the largest Hotel Chain in Uttrakhand, has announced special ‘Spiritual Fixed Departure Packages For Chardham Pilgrimage 2018’. This pilgrimage tour includes Kedarnath Darshan By Helipcopter, VIP visits to Shrines & Temples, WI-FI Services in Coach & Spiritual Audio/Video enabled Tempo Travellers. While making the announcement, Vibhas Prasad, Director, Leisure Hotels said, “From conducting evening Artis, to arranging visits to exploring the local folk culture of the region we
09-28-2017 | Advertising, Media Consulting, …
Hot Dogs and Sausages Market
Hot Dogs and Sausages Market Report for Period 2011 till 2023 Pilgrims Pride, Ku …
Global Hot Dogs and Sausages market report provides detailed analysis of companies namely Bar-S Foods, Pilgrims Pride, Johnsonville Sausage, Kunzler & Co, Vienna Beef, Carolina Packers, WH Group (Smithfield Foods), Tyson Foods (Hillshire Brands), Oscar Mayer, Campofro Food Group, Hormel and Others. This report study includes global market statistics and analysis for example, company performance, historical analysis 2012 to 2016, market forecast 2017 to 2023 in terms of volume, revenue,
09-13-2016 | Health & Medicine
TMR – Research Reports
Global Meningcoccal Vaccines Market: Rising Demand for Halal Vaccines to Propel …
Meningococcal diseases are highly infectious and tend to spread wherever large groups of people gather together. Outbreaks of meningococcal meningitis, caused by various strains of bacterium Neisseria meningitides, have been extensively reported during Hajj pilgrimage to Saudi Arabia. Outbreaks of the disease also occur after pilgrims return to their own countries. To prevent such outbreaks of the deadly disease that causes septicemia, meningitis, or both, the governments have made it
Comments about openPR
I can't but agree to the positive statements about your portal: easy to use, clear layout, very good search function, and quick editing!
Jens O'Brien, Borgmeier Media Communication