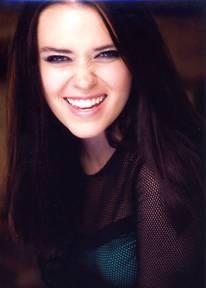 LOS ANGELES, CA (May 19, 2009)-- MLC PR announced today that actress Olivia Dawn York will be seen co-starring as “Darla” in the thriller crime film ELSEWHERE alongside Anna Kendrick (Twilight), Paul Wesley (Army Wives), and Tania Raymonde (Lost.) The film revolves around two girls, Sarah (Kendrick) and Jillian (Raymonde) who are longing to break free of their small town lives. When Jillian decides to act on her desires by looking for someone to rescue her on the internet, she suddenly disappears, leaving Sarah with only a journal and a cryptic video message sent from her cell phone. As Sarah turns to people of the town including Darla (York) to help her in search of the truth, she discovers the town would rather forget Jillian had ever existed, than expose the town’s corrupt police, and the string of unsolved child abductions. The final truth they unearth will rock the town to its foundations. York shares, “I think the most exciting moment in shooting ELSEWHERE besides landing the role, was when I learned my character’s father was going to be played by Jon Gries. Even though he is known for so many great projects, I was a NAPOLEON DYNAMITE fanatic! When I found out I would be working with ‘Uncle Rico’ it was the first day on location in Indiana, and I had to call my dad and sister to tell them who I was working with! The whole thing was a great experience.”ELSEWHERE was written and directed by Nathan Hope, and produced by Teresa Zales, Elaine Ehrlich and Vince Palomino. It will be released on DVD nationwide on June 2, 2009.For more information on Olivia Dawn York or for media inquiries please contact Jordyn Borczon of MLC PR at Jordyn@monaloring.com or 818-706-8080.For more information on ELSEWHERE please visit www.elsewherethemovie.com -30-About Olivia Dawn York:Olivia Dawn York is making a place for herself in the industry with her quirky and sophisticated characters, and edgy yet soft demeanor. Her first project upon arriving in LA was a guest star role on Nickelodeon’s “Ned’s Declassified.” Shortly after, Olivia landed her biggest part to date with the supporting role of “Darla” in the indie crime and thriller film “Elsewhere” starring Anna Kendrick (Twilight) and Tania Raymonde (Lost). “Elsewhere” is set to be released on DVD nationwide on June 2, 2009. Keep an eye on this budding new actress in 2009, she is currently preparing to shoot the first film of a trilogy entitled “Low Grounds: The Portal” in Poland, written and directed by Simon B. Veredon and produced by Omar Kaczmarczyk. In the films she will play Vera, and they will also co-star John Patrick Amedori, Billy Drago, and John Shea.ABOUT MLC PR: MLC PR is a top-tier, boutique public relations firm specializing in music, television, film, lifestyle, and literary publicity services. As one of the most watched PR firms to come out of Los Angeles in years, MLC PR's dedicated staff brings a wealth of experience and knowledge to the table, and each member is committed to elevating the status of every client. MLC PR works intimately with each client and their teams to provide personalized and strategic publicity support that helps them achieve their goals in their respected field. From media placements, publicity tours to red carpet events, MLC PR handles it all with first class professionalism and wholeheartedness.COMPANY: MLC PR ADDRESS: 30423 Canwood Street Suite 240 / Agoura Hills, CA 91301 WEBSITE: http://www.monaloring.com PHONE: 818-706-8080 PRESS CONTACT: Jordyn Borczon EMAIL: jordyn@monaloring.com