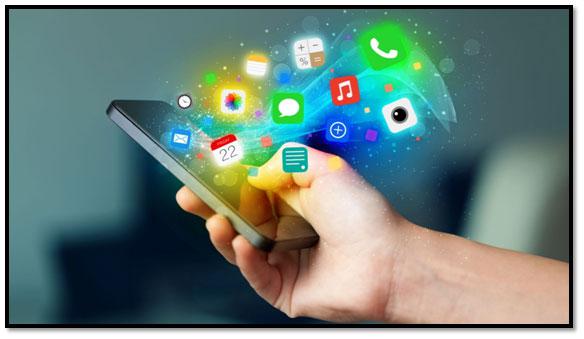 Persistence Market Research delivers key insights on the global smartphone market in a new report titled, “Smartphone Market: Global Industry Analysis and Forecast, 2016–2024”. The global smartphone market is projected to register a healthy CAGR of 7.9% in terms of value and 5.8% in terms of volume during the forecast period 2016-2024. The report provides insightful information on the global smartphone market pertaining to the value chain, market trends, competitive landscape, market dynamics, and market estimation and forecast for the projected eight-year period. Request Sample: https://www.persistencemarketresearch.com/samples/11827Rising disposable income increases the probability of consumer spending on media, entertainment, and networking and mobile communication; leading to higher potential sales of consumer electronics such as smartphones, tablets, laptops, and gaming consoles. The instances of smartphone adoption are very high among the urban population as compared to the rural population – and hence there is high demand for smartphones in developed regions (where the urban to rural population ratio is higher than developing regions). These factors have led to a sudden growth of the global smartphone market over the last few years and this trend is likely to continue in the coming eight years. The global smartphone market is expected to witness substantial growth over the forecast period owing to advancements in the electronic, telecommunication, and m-Commerce industry as well as the increasing penetration of the Chinese smartphone industry. Leading global smartphone manufacturers such as Apple Inc., Samsung Electronics Co., Ltd., Huawei Technologies Co., Ltd., Lenovo Group Limited, and LG Electronics Inc. are making strategic investments in the development and production of their own application processor (AP) to differentiate their offerings and maintain increased market share and margins. There is also a rising trend of m-commerce particularly among the working population, and this has increased the demand for smartphones with top-notch features supporting m-commerce. Growing internet penetration, increasing marketing activities by vendors, and rising subscription in social media are some of the other key factors driving the growth of the global smartphone market. In the tug of war over customer acquisition and retention, brands are resorting to aggressive marketing and sales strategies to woo the new generation of smartphone wielding young professionals with attractive pricing, enhanced features, and multiple user options. The global smartphone market is segmented on the basis of Operating System (Android, iOS, Windows, Blackberry Operating System, Other (Sailfish, Tizen, and Ubuntu)) and Distribution Channel (OEM, Retailer, e-Commerce). On the basis of operating system, the iOS segment is anticipated to account for US$ 584.9 Bn by 2024, registering a substantially high CAGR of 9.1% over the forecast period with a relatively high value share of 59.8%. The Android segment is expected to follow closely with a value share of 47.6% and a CAGR of 6.7%. In terms of volume, the Android operating system is estimated to account for the largest market share of 69.3% in the global smartphone market by the end of 2016 and is expected to increase to 70.0% by 2024. The Android segment is estimated to account for 50.7% value share in 2016 while the iOS segment is estimated to account for a revenue share of 46.2% in 2016. In terms of value, the Android segment is likely to register a high CAGR between 2016 and 2024 and this can be attributed to an increase in the demand and supply of reasonably priced android smartphones. The Blackberry Operating System segment is estimated to be valued at US$ 7,563.1 Mn in 2016 while the Windows Operating System segment is estimated to be valued at US$ 8,819.9 Mn in 2016. Browse Research Report: https://www.persistencemarketresearch.com/market-research/smartphones-market.aspOn the basis of distribution channel, the e-Commerce segment is expected to show a significantly high growth rate of 9.3% followed by the OEM segment with a 7.9% growth rate by the end of 2024. The e-Commerce segment is estimated to be valued at US$ 175.3 Bn in 2016. The OEM segment is estimated to be valued at US$ 221.2 Bn in 2016 while the Retailer segment is estimated to be valued at US$ 218.1 Bn in 2016. As compared to the other segments, the OEM segment is expected to exhibit a relatively high attractiveness index over the forecast period. In terms of value, the global smartphone market is likely to project a healthy incremental opportunity during the forecast period. The report covers the global smartphone market across seven key regions namely – North America, Latin America, Western Europe, Eastern Europe, Asia Pacific Excluding Japan (APEJ), Japan, and the Middle East and Africa (MEA). On the basis of region, APEJ is estimated to be the largest market for smartphones, accounting for 33.7% value share of the global smartphone market in 2016. The APEJ region is projected to remain dominant throughout the forecast period. There is a rapid growth of infrastructure and economic development in several countries in the APEJ region and this is expected to boost the growth of the smartphone market in this region. An increasing inflow of low priced high-end electronic components and products in APEJ is another key factor significantly impacting the smartphone market in the region. MEA is projected to be the fastest growing market over the forecast period, with a growth rate of 13.3%. The MEA region has witnessed rapid urbanization over the last few years and this has subsequently led to an increase in the number of consumers willing to purchase high-end smartphones. A rise in the disposable income and increasing demand for consumer electronics has led to a growing adoption of smartphones in the MEA region and this trend is expected to continue during the forecast period.About Us:Persistence Market Research (PMR) is a third-platform research firm. Our research model is a unique collaboration of data analytics and market research methodology to help businesses achieve optimal performance.To support companies in overcoming complex business challenges, we follow a multi-disciplinary approach. At PMR, we unite various data streams from multi-dimensional sources. By deploying real-time data collection, big data, and customer experience analytics, we deliver business intelligence for organizations of all sizes.Contact Us:305 Broadway,7th Floor New York City, NY 10007 United States +1-646-568-7751 +1 800-961-0353 (USA-Canada Toll free) Email: sales@persistencemarketresearch.com Website: https://www.persistencemarketresearch.com

You can edit or delete your press release Smartphones Market here

10-27-2021 | Advertising, Media Consulting, …
Persistence Market Research
The Forging Lubricants Market To Look Through The Innovative Snippets At A CAGR …
Demand for forging lubricants is projected to be driven by steady expansion in the metals & machinery sector, notably in emerging nations such as India, China, Brazil, and others. Rising need to increase efficiency of manufacturing processes and lower manufacturing costs has led to adoption of metalworking machines in several industries, including processing, automobiles, and other heavy metal industries, which, in turn, has benefitted manufacturers of forging lubricants to a great
10-27-2021 | Advertising, Media Consulting, …
Persistence Market Research
The Cobalt Sulphate Market To Rake In US$ 7.8 Bn Between 2021-2031
The global cobalt sulphate market is expected to accelerate at a CAGR of 8.2% over the forecast period of 2021-2031, and be valued above US$ 7.8 Bn. Growth in demand for cobalt sulphate is due in major part to rising sales of electric vehicles in regions such as East Asia, North America, and Europe, as it is used in a big way in the batteries of EVs. Countries in Asia Pacific
10-27-2021 | Advertising, Media Consulting, …
Persistence Market Research
Innovation-Based Discernment To Drive The Human Platelet Lysate Market
The Human Platelet Lysate Market will reach US$ 61.0 Million at a CAGR of 3.7% between 2026. Analytics and big data process unstructured as well as the structured biomedical structure and medical data for generating new-fangled insights. As such, digital therapy experiences get an enhanced look with MR (mixed reality), AR (augmented reality), and VR (virtual reality). This would be the trend regarding the healthcare vertical in the forecast period. Rising
10-27-2021 | Advertising, Media Consulting, …
Persistence Market Research
The Medical And Industrial Gloves Market To Witness Calculated Innovation
The Medical And Industrial Gloves Market is slated to reach US$ 12,868.6 Million at a CAGR of 7.9% between 2026. The present scenario is that of consumers driving as well as the accelerating pace of alteration in the healthcare vertical. This drives the digitally-enabled, seamlessly connected, and on-demand clinician-patient interactions. As such, patient-centric delivery transcending geographical barriers would be the epicenter going forward. Persistence Market Research has estimated the global market

07-14-2016 | IT, New Media & Software
Systweak Software
Systweak Android Cleaner functionality upgraded for Android M
Systweak Software, a well- known IT development and solutions company based out of India, recently upgraded its popular App Systweak Android Cleaner (SAC) to optimize app functionality for Android M. The performance boosting app now also comes with detailed listings of apps according to battery usage and enhanced auto-cleaning. “Systweak Android Cleaner is one of the best rated apps for phone boosting and optimization on Play Store. It has performed
05-21-2012 | Arts & Culture
OnCell Systems
OnCell Release Official Android App
OnCell, a leading mobile technology service provider to cultural sites and institutions, recently launched its free OnCell App for Android mobile phones and tablets. The app allows users to experience hundreds of multimedia tours when visiting museums, zoos, gardens, historic sites and parks around the country. The tours can also be taken “virtually” from any location. OnCell’s interactive mobile tours feature audio, images, video and social media network sharing. "At
02-09-2012 | IT, New Media & Software
talentsprint
Software Engineering - Android
“The thing I'm proudest of is that mobile technology is for the masses, not the elites. Because of the work that is spreading mobile devices, another 2 billion people will join the conversation, and they're coming in with human values, human concerns, human problems, and because of the designs that you, [the phone networks, handset makers, app makers and others] have helped build, it's possible it will change their lives
09-05-2011 | IT, New Media & Software
CyberMedia (India) Ltd.
CIOL.com Launches Android Topic Center
CIOL.com, a brand of CyberMedia Group and India's leading and first IT portal addressing the information needs of the IT community, has launched first-of-its-kind exclusive topic center on Android aimed at Android developer community. A much sought-after destination for Android developers and users who are interested in Android platform, the Android Topic Center (android.ciol.com) offers latest news on Android development, Android applications, Android market and Android platform. The information technology industry has
08-17-2011 | Media & Telecommunications
themobileindian.com
Beetel Android tablet today
Beetel has a new Android tablet in the market at Rs 10,000-15,000. The tablet runs on Android 2.2 and has a 1 GHz processor. Beetel, Bharti's handset brand, is set to launch its latest tablet PC based on Android operating system today. The tablet, to be called 'Magiq', has a 7 inch capacitive touchscreen with Android 2.2 Froyo OS, and is powered by a 1 GHz Snapdragon processor. Other details include a front
07-21-2011 | Tourism, Cars, Traffic
PrivateFly
PRIVATEFLY.COM LAUNCHES ANDROID APP
Online private jet hire platform, PrivateFly.com, has announced an expansion to its mobile application services. Following its successful iPhone and iPad app launch last year, which was the world’s first mobile app to give instant private jet hire costs, the company has now developed and launched the equivalent technology for the Android platform. Android is now the UK’s fastest-growing and most popular mobile operating system with over 45 per cent
Comments about openPR
I can't but agree to the positive statements about your portal: easy to use, clear layout, very good search function, and quick editing!
Jens O'Brien, Borgmeier Media Communication