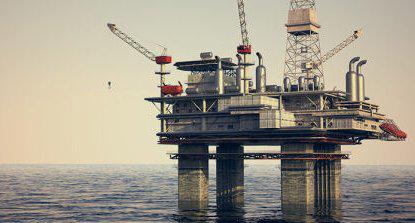 Seismic survey is the method used to investigate geological properties of earth and is majorly used to explore natural gas, petroleum, and mineral deposits. Data acquisition, processing, and interpretation are the three phases of seismic survey. This technique determines the time interval between the initiation of waves at a shot point and the arrival of reflected or refracted waves by the seismic detectors. For the initiation of seismic waves air guns, dynamite blast, seismic vibrator, and various other techniques are used. Weight dropping technique has replaced dynamite blast, owing to its inefficient operation coupled with government regulations. The amplitude and time are recorded on arrival of these waves at the detector. The time taken by wave takes to return to the surface gives several information such as types of rocks, possible fluids, and gases in the formation providing a detailed image of the subsurface and the location of oil and gas reserves. In offshore operations, seismic streamer are used to compressed air for transmitting acoustic energy and hydrophones to capture the sound waves.
Seismic survey is not harmful for the locality as well as to marine environment. Transportation of workers, building roads, clearance of vegetation for setting an equipment, and disturbance of habitat are the challenges faced by companies. The noise produced from seismic source may injure or disturb the marine animals.

Request a sample copy of this report:https://goo.gl/8BG17b

According to the statistics of petroleum exploration, the offshore fields in Middle East contain one fifth of oil and one third of gas in the region contributing to a large share in the seismic survey market. Africa is one of the leading market in seismic survey, owing to increasing E&P activities especially in the offshore basins. Tomlinson Geophysical Services are extending 3D survey off Angola that covers 4064 km. Seismic survey in mineral exploration have been carried out at a large scale in South Africa.
Key players operating the seismic survey market are BTW Company Ltd., Breckenridge Geophysical, Spectrum ASA, Polaris Seismic International, Kuwait Oil Company, MMA Offshore Limited, Terraseis, Dolphin Group ASA, Seismic Surveys, Inc., LoneStar Geophysical Surveys, TerraSond, Petroleum Geo-Services, and SeaBird Exploration Group.