NMC Healthcare wins ‘Brand of the Year 2017’ by Superbrands 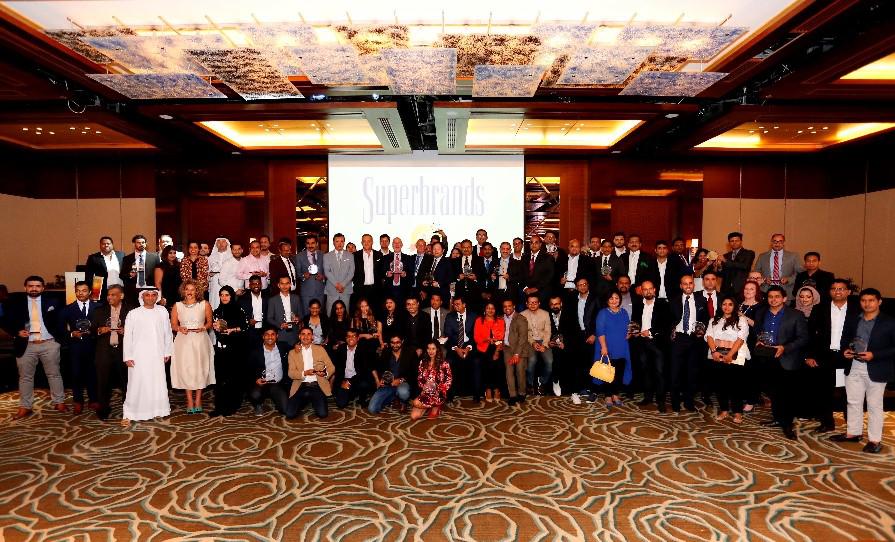 Dubai, UAE, September 18, 2017: Superbrands, the independent authority and arbiter of branding, announced that ‘NMC Healthcare’ has won the coveted 'Brand of the Year' award at the 13th annual Superbrands tribute event, which was held at the Intercontinental Hotel in Dubai Festival City. Sixty-four leading brands from the UAE were awarded Superbrands status and the 2017 Superbrands book was unveiled at the event, also dubbed the ‘Oscars of Branding’, where the UAE’s strongest brands were honoured.Speaking on the well-deserved win by the NMC Healthcare, Mr. Mike English, Director, Superbrands Middle East said, “We are thrilled to announce that NMC Healthcare has been voted Brand of the Year for 2017 by Superbrands. The Brand has, over the years, enjoyed a reputable position as one of the most trusted brands thanks to its dedication to providing superior healthcare outcomes, compassionate care, and a sincere commitment to the overall well-being of the community. NMC Healthcare scored the highest points amongst all the brands and we would like to congratulate them and wish them continued success as they continue to keep their core values of Care, Community and Compassion.” Established in 1975, NMC is the largest private healthcare services provider and one of the largest wholesale and distribution businesses in the UAE. It also ranks amongst the top three fertility providers in the world. NMC does not restrict itself to providing medical care to its patients but tries to ensure that the patients can lead fulfilling lives ahead. Every day over 12,000 patients receive treatment at NMC facilities across UAE, Spain, Italy, Colombia, Denmark, Brazil, Saudi Arabia and Oman. NMC’s team of 1,200 doctors and 10,000 paramedical and support personnel manages eleven hospitals, fifteen medical centres, three long term care facilities, two day surgery centres, thirteen fertility clinics and one home health services provider.With over 2,000 leading brands in the UAE vying for the coveted Superbrands title, only sixty-four scored more than 80% of the total possible mark and were declared Superbrands by the Brand Council. Winning this accolade is a powerful endorsement and evidence for existing customers, potential customers, the media, suppliers, investors and employees of each brand’s exceptional status. This year, Superbrands were voted not only by the brand council but also by online voting, which has expanded the voting base to almost 2,000 senior managers and marketing professionals. The Superbrands programme acknowledges and rewards the highest standards of branding. Over the years, the Superbrands organisation has achieved international acclaim for being the independent authority and arbiter of branding excellence. The organisation is committed to the cause of promoting exceptional brands and the discipline of branding in the region.The 2017 Superbrands book is a coffee table book, which includes a two-page profile of each Superbrand tracing the foundation and development of the brand and a ‘Things You Didn’t Know section’ highlighting interesting facts about the brand and its unique achievements was also unveiled at the Tribute Event."This year it is heartening to see so many local home grown brands and some new entrants in the market make it into the Superbrands UAE book in addition to internationally recognized brands. To be voted a Superbrand is a powerful endorsement and is evidence for existing customers, potential customers, media, suppliers, investors and employees of each brand’s exceptional status,” Mr. English concluded.The Superbrands organisation is acclaimed worldwide as being the independent authority and arbiter of branding excellence and is committed to paying tribute to exceptional brands and promoting the discipline of branding. The work Superbrands does is recognised through their books, Events and Awards programmes, internet sites, research and through significant international media and PR coverage in newspapers, magazines and on television and radio. The Superbrands organisation was originally set up in London in 1994 where it published the first Superbrands book. Since then it has expanded its operations to 93 countries worldwide including Argentina, Australia, Brazil, China, Denmark, Egypt, France, Germany, Greece, Hong Kong, Hungary, India, Indonesia, Ireland, Italy, Kuwait. Lebanon, Malaysia, Mexico, Morocco, Netherlands, Norway, Pakistan, Philippines, Poland, Portugal, Russia, Saudi Arabia, Singapore, Spain, Sri Lanka, Sweden, Thailand, Turkey, United Arab Emirates, United Kingdom and the United States.Superbrands publishes a series of books including Superbrands, Business Superbrands (on B2B brands), Cool Brands and eBrands - making the series of books the largest collection of insights into some of the greatest brands in the world. To date over 10,000 individual brands have been featured worldwide. For further information on Superbrands, please visit www.superbrands.com.Conrad Offices, 19th Floor Sheikh Zayed Road, Dubai

07-05-2018 | Logistics & Transport
OAK Consulting FZC
FarEye launches its Delivery Experience Suite – ‘Delight’
Dubai, United Arab Emirates, July 5, 2018: FarEye, a leading global digital logistics platform today announced the launch of its Delivery Experience Suite – ‘Delight’ that helps businesses increase their Delivery Happiness Score – the ultimate measure of customer success. It enables businesses to provide a seamless and personalized experience to the customers. FarEye is a leader in B2C logistics technology and is widely used by global giants like Walmart, DHL,
06-25-2018 | Logistics & Transport
OAK Consulting FZC
FarEye expands its footprint in the European market with the launch of its regio …
Dubai, United Arab Emirates, June 24, 2018: FarEye, a leading global digital logistics platform, today announced the opening of its first European office in the heart of London with an aim to expand its business foothold in the region and to serve its customers directly. With a total of 6 corporate offices in India, Dubai and Singapore, FarEye currently serves customers in over 20 countries. FarEye has revolutionized the logistics
10-24-2017 | IT, New Media & Software
OAK Consulting FZC
Digital Shadows announces its Digital Risk Management Technology Ecosystem
Dubai, UAE, October 24, 2017 – Digital Shadows, the industry leader in digital risk management, today announced the launch of its Digital Risk Management Technology Ecosystem. Formed from almost a dozen technology companies, with more expected to join in the coming months, they all share a vision for how security analytics and security information and event management (SIEM), product orchestration and automation, risk & compliance, intelligence and network enforcement, must
10-18-2017 | IT, New Media & Software
OAK Consulting FZC
Ring partners with Al Jammaz to provide smart home security for Saudi Arabia
Riyadh, Saudi Arabia – October 18, 2017: Ring, the leader in smart home security recently announced a partnership agreement with Al Jammaz Distribution, the leading Saudi based Value-Added Distributor, which distributes advanced technology products, solutions and services. This partnership will help Ring foray and expand its reach across the Saudi market offering customers Ring’s innovative home security products and solutions. “Ring believes in keeping homes and communities safe rather than