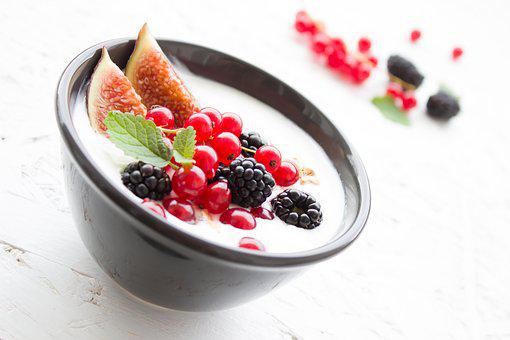 Andhra Pradesh and Telangana are the highest alcohol consuming states in India“The two states in the southern part of the country, i.e. Andhra Pradesh and Telangana are the highest alcohol consuming states in India. The population of these two states is not only ahead in consuming Indian Made Foreign Liquor (IMFL) but also gets high on country liquor. As a result the south zone held more than half of the market share of the India alcohol market in 2015 and is expected to continue its growth in revenue contribution to the India alcohol market throughout the forecast period. Also, white spirits such as Vodka and Gin are gaining popularity across the country and this is boosting the India alcohol market growth significantly.”Browse Market Research Report @ https://www.futuremarketinsights.com/reports/indian-alcohol-market--- Analyst - Food & Beverages, Future Market InsightsIndian Made Foreign Liquor (IMFL) segment is projected to record the highest CAGR over the estimated periodThe Indian Made Foreign Liquor (IMFL) segment was estimated to reach a market valuation in excess of INR 1,400 Bn by 2016 end. This reflected a Y-o-Y growth rate of close to 5% over 2015. This segment is estimated to be valued at more than INR 3,000 Bn by 2026, expanding at a CAGR of 5.2% over the forecast period. Indian Made Foreign Liquor segment in the India alcohol market is expected to create absolute INR opportunity of close to INR 80 Bn in 2017 over 2016.Fill the form to gain deeper insights on this market @ https://www.futuremarketinsights.com/reports/sample/rep-in-201Increasing urban population and rising disposable income anticipated to fuel the development of the India alcohol marketRapid increase in urban population is one of the key factors that is boosting the India alcohol market. Traditionally, brown spirits have been targeted at the urban consumer. As such, increasing urban population coupled with factors such as increasing disposable income and growing preference for whiskies is expected to create avenues for growth of the alcohol market in India. Changing demographics is further expected to boost the India alcohol market. As of 2014, over half the country’s population (53%) was above the age of 25 years. Moreover, estimated median age of the country’s population for the same year was pegged at 27 years. The legal drinking age in India varies from state to state. For instance, 18 years in Goa, Uttar Pradesh and Karnataka; 21 years in Tamil Nadu and Andhra Pradesh; and 25 years in Maharashtra, Delhi and Punjab.The aforementioned statistics indicate that India is an ideal market for high revenue growth of alcohol owing to increasing consumption among the people. According to World Bank statistics, GDP per capita income of the country for the year 2014 was pegged at more than US$ 1,595. The increase in per capita disposable income is expected to result in higher consumer spending on different lifestyle products and food and beverages, including alcohol. This increase is expected to drive the growth of the alcohol market in the country. The Indian lifestyle, especially of the urban populace, has witnessed a radical change over the recent years. A change in outlook towards social consumption of alcohol, increasing alcohol consumption among women, growing prominence of “pub and cocktail culture” in urban cities and emergence of novel Food & Beverage formats has resulted in increasing demand for alcoholic beverages in the country. All these factors are boosting the revenue growth of the India alcohol market and this growth trend is anticipated to continue throughout the forecast period.About Future Market InsightsFuture Market Insights is the premier provider of market intelligence and consulting services, serving clients in over 150 countries. FMI is headquartered in London, the global financial capital, and has delivery centres in the U.S. and India.FMI’s research and consulting services help businesses around the globe navigate the challenges in a rapidly evolving marketplace with confidence and clarity. Our customised and syndicated market research reports deliver actionable insights that drive sustainable growth. We continuously track emerging trends and events in a broad range of end industries to ensure our clients prepare for the evolving needs of their consumers.Contact 616 Corporate Way, Suite 2-9018, Valley Cottage, NY 10989, United States T: +1-347-918-3531 F: +1-845-579-5705 Email: sales@futuremarketinsights.com press@futuremarketinsights.com Website: www.futuremarketinsights.com

You can edit or delete your press release Alcohol Market: Consumption of Beer to Cross 5000 Million Litres by 2026 End here

01-17-2011 | Health & Medicine
KJIVF
IVF India, Test Tube baby India
The aim of setting up KJIVF is to help infertile couples in achieving conception through modern diagnostic and treatment methods. KJIVF Centre has given the best results by blessing infertile couples of advanced age with children, these couples could never dream of becoming parents. Thousands of babies are conceived through in-vitro fertilization (IVF) each year; In-Vitro Fertilization (IVF) means fertilization outside the body. A baby developed from an egg that
01-03-2011 | Tourism, Cars, Traffic
Indian Beach Resorts.com
Beach Holiday India- Best Beaches in India
The natural beauty, exotic locations and rich heritage has helped India to stand as the most visited and most popular tourist spot in the world. The status of “Incredible India”, is defined by an incredible range of nature’s blessings on the Indian subcontinent and this incredibility is doubled by one of the most fabulous tourism option available in the country that are the brilliant and majestic beaches in India.
11-23-2010 | Science & Education
Coral eSecure Pvt. Ltd
ISO 27001 India, 27001 training India ISO
Coral eSecure is information Risk Management advisory with specific focus on Information Security (ISO 27001, ISO 17799, PCI, COBIT, HIPAA, GLBA, and DPA), Business Continuity (BS25999) and ITIL/ IT Service Management (ISO 20000). Coral is the FIRST Indian consulting organization which provides an Integrated Management System Consulting, Consisting of ISO 27001, ISO 20000 and BS25999 – ALL THREE IN ONE! Coral provides Consulting, Assurance audit and Training to address these
11-18-2010 | Business, Economy, Finances, B …
Synergy Corporate Interiors Pvt. Ltd
Interior Designers India, Designers and Architects India
Today, we have recognized ourselves as a booming beauty interior designing firm, offering services that include interior designing. We are a winning firm, which is based on the strong foundation of innovative and original ideas for interior, architectural and landscaping designing services. Synergy Corporate Interior Design Association has more corporate members. Who provide Products and services. We support Interior Designers India, Designers and Architects India. We are committed to the
11-16-2010 | Advertising, Media Consulting, …
Indiainternet
Domain Registration India, Web Hosting India, Payment Gateway India
Indiainternet.in is a Quality Web Hosting Company India, provide all web related support and Web hosting services like linux web hosting, windows web hosting, web hosting packages, domain registration in india, Corporate email solution, business email hosting, payment gateway integration, SSL with supports like free php, cgi, asp, free msaccess, free cdonts, free webmail, web based control panel, unlimited ftp access, unlimited data transfer. During the domain registration process, you will
10-25-2010 | Business, Economy, Finances, B …
Coral eSecure
ISO 27001 india, 27001 training india ISO, 17799 training india ISO, Compliance …
Our foundation of service delivery is based on sound research - thereby customers realizing definitive delight and Assurance resilience in their management system. We provide Consulting Services for ISO 27001 india, 27001 training india ISO,17799 training India ISO Security, BCM/BS25999, SAS 70, COBIT Implementation, Annual Compliance Check, Best Practices Implementation, & Quick Gap Analysis. It is a set of ‘best practices’ controls - management and systems - that enables
Comments about openPR
Your portal is fast, simple, and easy to use. Others may have more functions but they also demand more editing time, you have to preformat the text in order to achieve a good result etc. I think openPR is really fantastic!
Andreas Knepper, wallmedien AG