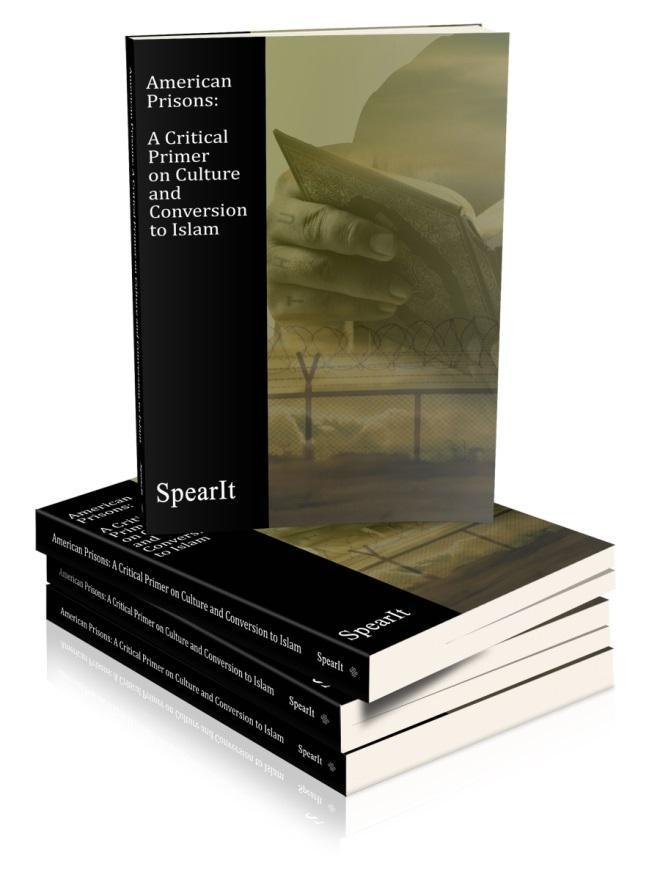 American Prisons: A Critical Primer on Culture and Conversion to Islam, by SpearIt, takes a sober look at our prison system, the 700,000 inmates released annually and their communities.Houston, TX, USA -- SpearIt's American Prisons: A Critical Primer on Culture and Conversion to Islam is a critical exploration of prisons in contemporary America. Paying special attention to race and Islam, the work draws on a range of data and sources, including interviews and written correspondence with current and ex-prisoners, documentary research, and congressional hearings on topics that include criminal justice and religion, culture, conversion, radicalization, and reform."The overarching message of my anthology, American Prisons: A Critical Primer on Culture and Conversion to Islam, is that problems in prison are not isolated from society, and unlike the Las Vegas slogan, what happens in prison doesn't stay in prison. Prisons are not neatly cornered off from society, but rather, are partners in toxic relationships with the communities to which ex-prisoners return."SpearIt is an Associate Professor of Law at Thurgood Marshall School of Law, Texas Southern University. He has taught for the Prison University Project at California's death-row facility, San Quentin State Prison, as well as taught Corrections Law at Saint Louis University School of Law, in addition to serving on the Advisory Board of the Prison Program--a program that offers courses to both inmates and staff. He is currently active in the American Bar Association's Corrections Committee and its work to restore Pell Grant Funding for prisoners.Genre - American Prisons, Islam, Muslim, Conversion, Culture, Criminal Justice, Race, Religion, Latinos, RadicalizationThe ebook version of American Prisons: A Critical Primer on Culture and Conversion to Islam ISBN 9781506904887, published by First Edition Design Publishing (http://www.firsteditiondesignpublishing.com), is available on-line wherever ebooks are sold. The 192 page print book version, ISBN 9781506904870 is published by First Edition Design Publishing and distributed worldwide to online booksellers.About First Edition Design Publishing First Edition Design Publishing (aggregator) formats, converts and submits your book to over thousands of eBook and POD (PRINT) distribution points worldwide and to the top internet retailers including but not limited to - Apple, Amazon, Barnes & Noble, Kobo, Google, Ciando, e-Sentral, EBSCO and more.Media Contact: First Edition Design Publishing PO Box 20217, Sarasota, FL 34276 +1(941)921-2607 sales@firsteditiondesign.com http://www.firsteditiondesignpublishing.com

You can edit or delete your press release FED Publishing Releases New Book, "American Prisons: A Critical Primer on Culture and Conversion to Islam" by SpearIt here