Quantum Computing : Increasing investments for the commercialization of quantum computing 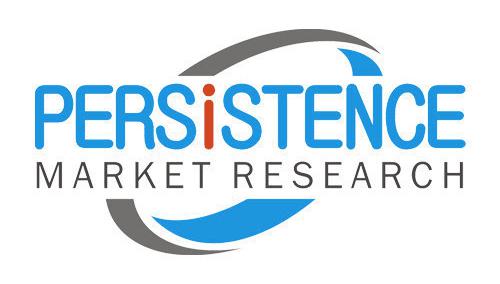 Quantum computing will mark the beginning of a new era in human scientific endeavorsQuantum computing harnesses the incredible laws of quantum mechanics to process information. Perhaps the commercialization of quantum computing can be dramatic and have far-reaching consequences as that of the invention of the wheel, agriculture and that of the internet. In traditional computing, bits are used to store or encode information as either a zero or one. On the other hand, in quantum computing, quantum bits or qubits are used to store information. In the quantum computing concept, there is no distinction between 0 and 1 and the information can be both 0 and 1 at the same time, mimicking the properties of sub atomic particles such as electrons. This happens due to the phenomena of superposition and entanglement. Due to the phenomenon of superposition observed in the sub atomic particles, they are able to occur in multiple states at the same time, so information stored in qubits can be both 0 and 1 at the same time. As far as entanglement is concerned, it is the phenomenon observed in sub atomic particles where they exhibit a strong correlation and can be linked in perfect harmony. Due to these phenomena of superposition and entanglement, a quantum computer is able to perform incredible number of calculations simultaneously. Owing to this property, quantum computing is much faster than classical computing.Browse The Report: https://www.persistencemarketresearch.com/market-research/quantum-computing-market.aspQuantum computing has got a vast array of applications, most of which we cannot even comprehend today. Quantum computing is known to have applications in cryptography, in simulating complex systems, in the development of new materials and drugs, and many more. The development of quantum computing will also have far-reaching consequences in machine learning as well as in the development of artificial intelligence. Quantum computing will even have applications in cyber security, making the internet much more secure and in the defense sector as well. Governments of various countries are investing significantly to accelerate quantum computing research operationsQuantum computing technology has potential to change dynamics in military affairs, commerce, and strategic balance of power. Governments of various countries are taking initiatives to expand exploratory research on quantum computing technologies for development and establishment of quantum computing solutions. Rising governmental investments to develop quantum computing solutions for commercial applications is expected to support growth of the global quantum computing market. In August 2016, The U.S. Department of Energy announced its plans to invest US$ 16 Mn, with the objective to aid in designing new materials for supercomputers. In September 2016, the Government of Canada announced its plans to invest US$ 76 Mn in The University of Waterloo's Institute for Quantum Computing — a Canada based research institute — for the development of quantum technology solutions. In September 2014, Networked Quantum Information Technologies — a quantum computing research hub — was formed under the UK National Quantum Technologies Programme (UKNQTP) by the U.K. Government.Request to download and view full ToC @https://www.persistencemarketresearch.com/market-research/quantum-computing-market/tocIncreasing investments for the commercialization of quantum computingTheoretically, quantum computing aids in processing and transmission power, and will be capable of solving complex problems faster than modern classical binary supercomputers. Major technology giants across the world are investing more resources and increasing their research and development investments, with the objective to tap commercial opportunities of quantum computing in government and private sectors. Also, investment firms are focusing on making large-scale capital investments in companies developing potential commercial applications of quantum computing and companies extensively focused on research in the area of quantum computing.Lack of researchers/developers with quantum technology skillsLack of business understanding of quantum computers, shortage of developers with the desired skillsets, and lack of quantum science departments at the institutional level for exploring practical applications of quantum computers are some of the factors expected to act as restraints in the growth of the global quantum computing market.Make an Enquiry @https://www.persistencemarketresearch.com/samples/14758Global Quantum Computing Market Attractiveness Analysis, By Component (2017–2025)In terms of value, the hardware segment is projected to be the most attractive segment in the global quantum computing market during the forecast period. However, the software segment is expected to register high Y-o-Y growth rates throughout the period of study. In terms of value, the software segment is estimated to register a CAGR of 42.3% during the forecast period. In 2016, the hardware segment was the dominant segment and was valued at US$ 2,057 Mn and is expected to remain dominant throughout the forecast period in terms of value share.Persistence Market Research (PMR) is a third-platform research firm. Our research model is a unique collaboration of data analytics and market research methodology to help businesses achieve optimal performance.To support companies in overcoming complex business challenges, we follow a multi-disciplinary approach. At PMR, we unite various data streams from multi-dimensional sources. By deploying real-time data collection, big data, and customer experience analytics, we deliver business intelligence for organizations of all sizes.305 Broadway,7th Floor New York City, NY 10007 United States Tel:+1-646-568-7751 Email:sales@persistencemarketresearch.com Website:https://www.persistencemarketresearch.com

You can edit or delete your press release Quantum Computing : Increasing investments for the commercialization of quantum computing here

01-31-2023 | Advertising, Media Consulting, …
Persistence Market Research
Polyester Polyols Market to Register a Stellar Growth Rate of CAGR of 5.2% by 20 …
The polyester polyols market was valued at US$ 7,788.7 Mn in 2017 and is expected to rise to a value of US$ 11,963.6 Mn with a CAGR of 5.2% by the end of 2025. Polyester Polyols Market - Scope of the Report The Polyester Polyols Market is expected to witness considerable growth over the forecast period. Polyester Polyols are a type of polyol that is formed when an organic acid reacts with
01-31-2023 | Advertising, Media Consulting, …
Persistence Market Research
Polyester Medical Films Market to Record CAGR of 7.4% Rise in Growth by 2030
East Asia and South Asia are expected to develop at a rapid pace with a CAGR of 7.4% in the global polyester medical films market during the forecast period (2020-2030). Polyester Medical Film Market - Scope of the Report The Polyester Medical Films Market is gaining traction due to the increasing demand for medical grade polymers. Polyester films are used in a wide range of medical applications such as implants, prosthetics, orthotics and
01-31-2023 | Advertising, Media Consulting, …
Persistence Market Research
Iron Ore Pellets Market to be Valued US$ 57.4 Bn by the end of 2031
The global iron ore pellets market is estimated at USD 57.4 billion in 2019 and is expected to grow at a significant rate during 2021-2031. Iron Ore Pellets Market - Scope of the Report The Iron Ore Pellets Market is one of the most competitive and rapidly evolving markets in the world. Iron ore pellets are used as a raw material for steel production, which is an essential component of many industries. The
01-31-2023 | Business, Economy, Finances, B …
Persistence Market Research
Sustainable Packaging Market to Register a Moderate CAGR By 2023
Sustainable packaging not only plays an important role in maintaining the shelf life of the product but also reduces adverse effect on environment, which is prominent with the use of non-bio degradable plastic materials for packaging. The five R's of sustainable packaging are: Remove, Reduce, Recycle, Renew, Re-use. Sustainable packaging also reduces the ecological foot print. This in turn, provides a platform for ecofriendly, healthy and judicious methodology for packaging.