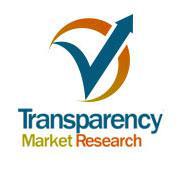 Sulfur is found naturally as an element in pure state and as sulfate or sulfide minerals.  Sulfur crystals are easily differentiated by mineral collectors for their unique and bright colored polyhedron shapes. Earlier sulfur was extracted majorly from salt domes where it occurs in pure form but now this method has been obsolete owing to the new technologies. Today, majority of  Sulfur is developed as a byproduct from sulfur  containing contaminants from petroleum and natural gas. Commercial use of sulfur  is carried out in fertilizers, due to high requirements in plants and in the manufacturing of  Sulfuric acid, an important chemical used in the industry. Various other use of elemental sulfur is found in fungicides and insecticides.Request Sample Copy of the Report @ http://www.transparencymarketresearch.com/sample/sample.php?flag=B&rep_id=2487 In the year 2010, global production of sulfur was at 67.80 million tones and that of pyrites was 6.1 million tones. Countries such as the U.S., Canada, Russia, China, Japan and Saudi Arabia were the major producers of sulfur. Finland and China were the major producers of pyrites. Elemental  Sulfur is obtained from the ores by conventional mining method i.e. Frasch method. It is also obtained as a byproduct from processing of sour natural gas, tar sand and sour crude refining. Sulfur recovered from refining processes accounts to 98% of world elemental sulfur production. In Frasch method, majorly concentric pipes are used. The outer most pipe contains superheated water, that melts the  Sulfur and the inner most pipe is completely filled with hot compressed air which is used to create pressure and foam. Sulfur foam is then ejected through the centre pipe. Sulfur produced from Frasch process is 99.5% pure and it further needs no purification. Sulfur production from Frasch method for commercial scale was first carried out in Mexico and Brazil. Elemental sulfur is mined in Poland, Russia and China. Sulfur is used to carry vulcanization process for rubber. It reacts directly with methane to generate carbon disulphide which is used to manufacture rayon and cellophane. Sulfur is mostly used as a precursor to many chemicals. Majority of the  Sulfur is transformed to Sulfuric acid, which is vital to the world economy. Production and consumption of Sulfuric acid is an indicator of a nation's industrial development. The prime use of the Sulfuric acid is in the manufacturing of Phosphatic fertilizer. Various other applications of  Sulfuric acid include wastewater processing, mineral extraction and oil refining. Sulfur compounds are utilized in the manufacturing of fungicides, agrichemicals, dyestuffs and detergents. For silver based photography, ammonium thiosulphate and sodium are used as fixing agents. Sulphites obtained from burning  Sulfur are used to bleach paper. It is used as preservatives in processed fruit products and dried fruit and as light producing medium in the rare lighting fixtures called as  Sulfur lamps. The Sulfur lamps are very efficient lighting system in which light is produced by Sulfur plasma. Increasing investments and developing economies are the some of the key drivers of the global Sulfur market. However, high cost to extract  Sulfur from the mining processes can prove to be fatal for the  Sulfur market. Owing to rapid industrialization taking place in Asia Pacific region large number of opportunities are there for Sulfur market. Some of the key players in the business of Sulfur are Ohio Sulfur Mining Company, Freeport Sulfur Company, Texas Gulf Sulfur Company and Merafe Resources Ltd among others. Request TOC of the Report @ http://www.transparencymarketresearch.com/sample/sample.php?flag=D&rep_id=2487About UsTransparency Market Research (TMR) is a global market intelligence company providing business information reports and services. The company’s exclusive blend of quantitative forecasting and trend analysis provides forward-looking insight for thousands of decision makers. TMR’s experienced team of analysts, researchers, and consultants use proprietary data sources and various tools and techniques to gather and analyze information. TMR’s data repository is continuously updated and revised by a team of research experts so that it always reflects the latest trends and information. With extensive research and analysis capabilities, Transparency Market Research employs rigorous primary and secondary research techniques to develop distinctive data sets and research material for business reports.ContactTransparency Market Research State Tower, 90 State Street, Suite 700, Albany NY - 12207 United States Tel: +1-518-618-1030 USA - Canada Toll Free: 866-552-3453 Email: sales@transparencymarketresearch.com Website: www.transparencymarketresearch.com

09-10-2021 | Business, Economy, Finances, B …
Transparecny Market Research
Petroleum Jelly Market Export Research Report and Forecast to 2031
Negative Influence of COVID-19 Pandemic on Petroleum Jelly Market The COVID-19 pandemic has affected the petroleum jelly market to a considerable extent. The low demand from end-use industries led to a decline in the growth rate of the petroleum jelly market. Frequent lockdowns due to the emerging variants of the novel coronavirus caused disruptions in the production process. It also led to disturbances in the supply chain mechanisms. This aspect has
09-10-2021 | Business, Economy, Finances, B …
Transparecny Market Research
Lactic Acid & Polylactic Acid Market Historical Analysis and Industry Outlook 20 …
Reaching Sustainable Goals Delayed Due to COVID-19 Pandemic Although the COVID-19 outbreak has had a short-term positive impact on reducing greenhouse gas (GHG) emissions, it has delayed the timeline for reaching sustainable development goals. The adoption of sustainable production processes is linked to high costs. Such findings are anticipated to affect business activities in the lactic acid & polylactic acid market, since stakeholders are bullish on expanding uses of polylactic acid
09-09-2021 | Business, Economy, Finances, B …
Transparecny Market Research
Dehydrated Vegetables Market to Witness a Pronounce Growth at CAGR during 2018-2 …
Dehydrated Vegetables Market to Witness a Pronounce Growth at CAGR during 2018-2028 Food or vegetables dehydration or drying is a process that is used to eliminate moisture from food products and vegetables as it helps in preservation for long periods of time. Food dehydration is highly adopted as an ideal process to preserve seasonal fruits and vegetables. With easy storage, high nutritional value, and cost effectiveness, dehydrated vegetables have been witnessing
09-02-2021 | Business, Economy, Finances, B …
Transparecny Market Research
Succinic Acid Market Product Quality, Competitive Analysis and Opportunity Asses …
Succinic Acid Market: Introduction In terms of value, the global succinic acid market is anticipated to expand at a CAGR of ~7% from 2019 to 2027. Succinic acid is widely used in various industries such as pharmaceuticals, chemical, and food. Currently, major proportion of succinic acid is derived from petroleum feedstock Increase in construction and infrastructure development activity is expected to trigger the demand for resin, coating, and polyurethanes, which in