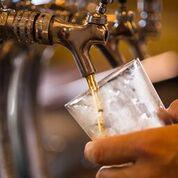 An Australian study of 17,000 craft beer drinkers has revealed that ownership matters when it comes to beer selection, with a strong preference for independently owned breweries.Created by craft beer retailer Beer Cartel, the 2017 Australian Craft Beer Survey is the most comprehensive, publicly available, study ever undertaken with Australian craft beer drinkers. Richard Kelsey, Director of Beer Cartel said the findings were a reflection of the attitudes of those who purchase craft beer.“Craft beer is an artisanal product that is produced by skilled workers using the best ingredients possible. There is a story behind the beers and the brewery that makes them. Independent ownership is a part of this story that drinkers buy into,” said Mr Kelsey.“We’re seeing consumer backlash when small breweries sell out to a large corporations worldwide. An Australian example was the displeasure voiced when Perth’s Little Creatures was bought by Lion in 2012. As a result these findings are not altogether surprising, but the difference in willingness to buy craft beer from an independent brewery compared to a large corporation is.”Key findings of the research included:- Brewery ownership is important: 64% want to know who owns the beer they’re drinking. - There is a strong preference for craft beer from independently owned Australian breweries: 99% are happy to buy craft beer from an independent Australian owned brewery. In comparison just 23% are happy to buy craft beer from a large multi-national company. - There is strong interest for a seal to identify whether a beer is from an independent Australian brewery: 82% indicated that an independent brewers seal would have a medium to large impact on the craft beer they purchase. - Pirate Life is Australia’s best craft brewery: voted number one by Australian craft beer drinkers, ahead of Feral Brewing which took out the top position in last year’s study. - Pale Ale reigns as Australia's most consumed craft beer style: Pale Ale is enjoyed by 92% of craft beer drinkers Australia-wide.Chris McNamara, Executive Officer at the Independent Brewers Association (IBA) of Australia said that the study was a great way to better understand consumer perceptions towards the Australian craft beer industry, particularly around the topic of ownership.“Earlier in the year we made a change in our constitution to only allow breweries that were independently owned. This change was made to support our member base and the objectives of the association, but it is also refreshing to see that consumers share the same viewpoint”, said Mr McNamara.To learn more about the 2017 Australian Craft Beer Survey contact Richard Kelsey 0405 251 864.For more on the 2017 Australian Craft Beer Survey visit: http://www.beercartel.com.au/blog/2017-australian-craft-beer-survey-results/Beer Cartel is Australia’s leading craft beer bottle shop, stocking over 1,000 craft beers from Australia and overseas. Purchases can be made through the Beer Cartel website (www.beercartel.com.au) and its Sydney store.Media Contact: Richard Kelsey Phone: 0405 251 864 Email: richard@beercartel.com.auBeer Cartel 9/87 Reserve Rd Artarmon NSW 2064 Australia

02-21-2019 | Tourism, Cars, Traffic
Dataforce Verlagsgesellschaft für Business Informationen mbH
Australia – A Dataforce insight
Australia, the land of the Ute (Pickup), Cyber Cars (Dealer volume demos), Novated leasing and annual registrations of around 1.1 million new cars has now become one of the latest markets to enter our portfolio. We are putting together a series of articles to hopefully give some fresh Dataforce insights into the Australian market place, with a firm eye on the True Fleet channel. With a constantly expanding population and
04-11-2018 | Industry, Real Estate & Constr …
Storewall Australia
StoreWALL Launches into Australia
Expand and organise your space with wall-mounted storage solutions from StoreWALL. StoreWALL is a premium wall-mounted storage system for home and business. The range covers wall panels, hooks, baskets, bins, brackets and shelves. Everything you need to efficiently organise and store items in the home or commercial space. With superior materials and construction, our products are built to last. Plus, you won’t find a system that’s easier to install. StoreWALL systems
01-12-2018 | Health & Medicine
WISE GUY RESEARCH CONSULTANTS PVT LTD
Baby Food in Australia
Latest Report on Baby Food in Australia The impact of milk formula shortages continued to be keenly felt in Australia in 2016. The press consistently covered the complaints of parents nationwide, with many facing empty shelves and buying restrictions in chemists and supermarkets. Australia’s two leading supermarkets, Coles and Woolworths, maintained limits on purchases of milk formula, capping purchases at two and four units per customer respectively. International demand for local
07-05-2017 | Advertising, Media Consulting, …
ReportsWeb
Coffee in Australia
ReportsWeb.com has announced the addition of the “Coffee in Australia” The report focuses on global major leading industry players with information such as company profiles, product picture and specification. Influenced by the strong café culture in Australia, consumers are increasingly interested in the origins and tastes of their coffee products. Consumers ask more questions about where their coffee is from and this is reflected in the strategic plans of large companies.
06-08-2017 | Business, Economy, Finances, B …
ReportsWorldwide
Agrochemicals Market in Australia
ReportsWorldwide has announced the addition of a new report title Australia: Agrochemicals: Market Intelligence (2016-2021) to its growing collection of premium market research reports. The report “Australia: Agrochemicals: Market Intelligence (2016-2021)” provides market intelligence on the different market segments, based on type, active ingredient, formulation, crop, and pest. Market size and forecast (2016-2021) has been provided in terms of both, value (000 USD) and volume (000 KG) in the report. A
02-13-2017 | Business, Economy, Finances, B …
ReportBazzar
Cheese in Australia
Australian consumption of cheese remains buoyant with increasing demand for better quality cheese and a move away from processed cheese. In particular, cheese retail value grew 2% in current terms in 2016, up from 1% in 2015. Positive research, in recent years, on the benefits of dairy fats also contributed to increasing demand for full fat cheese. Demand for cheese was also partly fuelled by Australian consumers enjoying cheese, especially
Comments about openPR
We publish our press releases on openPR.de because we like people who are "open" - just like us.
Frank Obels, CEO, INCONET - Informationssysteme, Communication und Netzwerkberatung GmbH