Autonomous Driving - The Opportunities and Obstacles Ahead 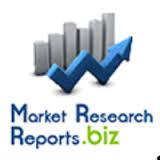 Timetrics 'Industry Insight: Autonomous Driving - The Benefits and Hurdles Ahead' report analyzes the challenges, innovations, market environment and regulatory developments in the automated vehicles industry, and government commitment to the industry, with a particular focus on the UK.The UK automotive sector is one of the most efficient and productive manufacturing industries in Europe, and the sector has undergone significant growth since the recession. The development of driverless cars is expected to play a vital role in the UKs economic future, and the government has estimated that the autonomous vehicle market could be worth aroundGBP900 billion (US$1.1 trillion) worldwide by 2025.The report also reviews industry concerns, particularly the views of industry association bodies and insurers, to understand their plans and expected changes to their business models and processes, including projected product types, claims-handling processes and market collaborations with other industries such as motor manufacturers.Request To Get The Sample Copy Of This report : https://www.marketresearchreports.biz/sample/sample/1273740SummaryTimetrics 'Industry Insight: Autonomous Driving - The Benefits and Hurdles Ahead' report analyzes the developing driverless vehicle industry to provide: An overview of the markets in terms of the opportunities and product line expansion for insurers and reinsurersRegulatory developments, including current regulations and those under development, consultation and government study The impact of the industry on cyberinsurance, especially in terms of product innovation and demand for cyberinsurance and cyber-reinsurance Understanding of the current views and expectations of the industry from the perspectives of insurers and insurance associations, policymakers and motor manufacturersScopeThis report providesMarket views of the UK government's actions and plansThe views, concerns and expectations of motor manufacturers and insurers Description of ongoing product innovations, trials and expected launch datesSend An Enquiry : https://www.marketresearchreports.biz/sample/enquiry/1273740Reasons To BuyLearn about market views and expectations of the industry from various perspectivesBe informed of the UKs government role in the development of autonomous vehiclesGain an understanding of the driverless vehicles sector, and the market opportunities available to insurers and reinsurersDevelop an insight into current and expected regulatory changes concerning claims and liabilities, and their effects on product underwritingKey Highlights The motor industry is investing heavily in self-driving technology. According to data from the Society of Motor Manufacturers & Traders (SMMT) and JATO Dynamics, 30.7% of new cars registered in 2015 were fitted with safety-enhancing collision-warning systems as standard, with the technology offered as an option on an additional 27.4% of cars.In February 2017, Nissan trialed a self-driving version of its Leaf model in London. The test was completed successfully without any incident without a crash. The AV version of the Leaf had a virtual map, twelve cameras, five radars and four lasers. The trial introduced members of the public to the reality of the future, citing a reduction in accidents, traffic, emissions, road rage and bills as likely outcomes.Volvo announced plans to introduce a fleet of driverless XC90s to London in 2017 and at least 100 such vehicles on Britains streets by 2018. According to Volvo, the scheme will be used to collect data on self-driving in a city environment. The real-world information will be used to determine how to progress with technology. The Data from the Society of Motor Manufacturers & Traders (SMMT), the annual turnover of the UK automotive industry increased to a record GBP71.6 billion (US$89 billion) in 2015. For the same year, Timetrics Insurance Intelligence Center [IIC] estimates the total direct premium written by the insurance industry for the same year at GBP15.5 billion, (US$20.8 billion).The recent data from the UK Association of British Insurers (ABI), revealed that UK motor insurance premiums reached their highest recorded levels in the fourth quarter of 2016 (Q4 2016), rising more than five times the rate of inflation. The rate of premium increase was attributed to successive rises in insurance premium tax (IPT), higher repair costs, and the rising costs of whiplash injury claims.The outcome of the UKs government consultation into driverless vehicles and adoption identified that although the UK legal and regulatory framework is not a barrier to the testing of AVs on public roads, the incumbent laws governing data privacy, road traffic laws and patent licensing make the facilitation of AV adoption problematic. The report alsoset out the UK government plans to introduce a single insurer model for driverless and conventional cars, and identified 2018 as the preferred date to amend road traffic legislation to take AVs into consideration.MRRbiz supports your business intelligence needs with over 700,000 market research reports, company profiles, data books, and regional market data sheets in its repository. Our document database is updated by the hour, which means that you always have access to fresh data spanning over 300 industries and their sub-segments.State Tower 90 State Street, Suite 700 Albany, NY 12207 United StatesToll Free: 866-997-4948 (USA-Canada)Tel: +1-518-621-2074 E: sales@marketresearchreports.biz