Garnet Market to Develop Rapidly by 2021 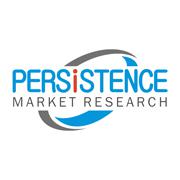 Garnets are precious stone consisting of deep red vitreous silicate minerals and are used for various commercial and industrial purposes. Garnet comes from Latin word, granatus which means grain. There are different forms of garnet with similar physical properties but different chemical composition. Garnet is available in many colors including pink, black, blue, brown, purple, green, yellow, orange, red and colorless. Almandine, spessartine, grossular, uvarovite, andradite and pyrope are six minerals which are regarded as belonging to the garnet family. Pyrope is the only member of garnet group that displays a distinct red color in its natural samples.To View Complete Report @ : http://www.persistencemarketresearch.com/market-research/garnet-market.asp Almandine is the most common garnet and comes in wide range of colors including purple, wine red, purplish red, brown, and deep red among others. They are widely distributed and the coarse varieties of almandine are crushed and often used as an abrasive agent. Spessartite is rare garnet and has a light orange or bright orange color. Grossular can come in any color except blue and are sometimes colorless. Andradite is one of the rarest garnet and can be yellowish-green or rich green in color. There is no major source of andradite available and supply is limited to small deposits. Uvarovite is a also a rare garnet, has a green emerald color and occurs as fine sized crystals. A sample of this report is available upon request @ http://www.persistencemarketresearch.com/samples/4586 Garnets are very important minerals and are primarily used to make gemstones. They are also extensively used in all forms of jewelry. Garnets also have extensive industrial applications and garnet sand is used as replacement for silica sand in sand blasting. Garnet sand can be mixed with high pressure water and be used to cut steel and stainless steel, non-ferrous metals, rubber, glass and other materials in water jets. Preferably garnet extracted from hard rock is used for abrasive purposes. The toughness and hardiness of garnet improves the efficiency of garnet in blasting and reduces the break down percentage on impact. Garnet is also applicable for surface cleaning in petrochemical industry and ship building industry among others. Garnet paper has been extensively used by cabinet makers and craftsmen to finish bare wood. Generally almandine and grossularite are only used for manufacture of abrasives such as garnet paper.To view TOC of this report is available upon request @ http://www.persistencemarketresearch.com/toc/4586The global demand for gem and jewelry will be key driving factors for the garnet market. The gem and jewelry industry has witnessed significant growth over the years, especially in the emerging markets. The demand for garnet is also growing for industrial applications as garnet is inert, non toxic, and environment friendly unlike silica sand or quartzite. There are number of natural and synthetic materials which could be used in place of garnet for abrasive purposes such as staurolite, diamond and corundum among others. The use of substitutes, labor cost and rising inflation could also hamper the growth of garnet industry.About Us Persistence Market Research (PMR) is a third-platform research firm. Our research model is a unique collaboration of data analytics and market research methodology to help businesses achieve optimal performance. To support companies in overcoming complex business challenges, we follow a multi-disciplinary approach. At PMR, we unite various data streams from multi-dimensional sources. By deploying real-time data collection, big data, and customer experience analytics, we deliver business intelligence for organizations of all sizes.Contact Us Persistence Market Research 305 Broadway 7th Floor, New York City, NY 10007, United States, USA – Canada Toll Free: 800-961-0353 Email: sales@persistencemarketresearch.com Web: http://www.persistencemarketresearch.com