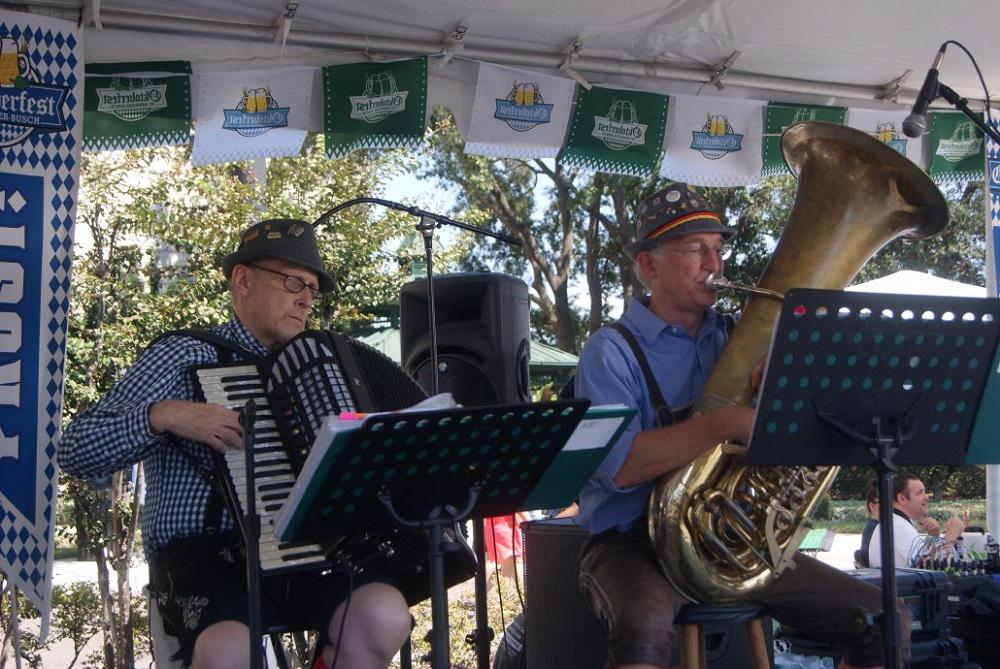 Sept. 29 and 30 at the Anheuser-Busch Jacksonville Brewery

Jacksonville, Fla., Aug. 2, 2017 – Client Focused Media and its sister companies, Buzz Media Group and Jacksonville Party Company, will be expanding this year’s Oktoberfest Jacksonville at the Anheuser-Busch Brewery. The two-day event will take place on Sept. 29 and 30 and this year there will be even more live music with the addition of two more stages. Twelve entertainers, including former Miss America Betty Cantrell, will be performing on the Main Street America Main Stage, Jacksonville Party Company Stage and the iwantabuzz.com Stage. Event organizers have also added in some more fun including the Oktoberfest Rock & Roll Beer Trivia and the USO Salute to America Party on Friday night, and the Kegs and Eggs Party on Saturday to kick off that day’s festivities. There will also be the Games of Oktoberfest, which includes the brat eating, stein hoisting, lederhosen competition and tug of war. Client Focused Media will also partner will nonprofits such as USO, Gator Alumni Association, Hope Springs Florida and Ocean County Purveyors to raise money and awareness for the organizations. This year will be the second year Oktoberfest Jacksonville will be held at the brewery. Client Focused Media and its sister companies have already managed successful events at the Anheuser-Busch brewery, including Oktoberfest, and most recently, Party of the Decades.For more information and details about the 2017 Jacksonville Oktoberfest, please visit oktoberfestjacksonville.com. Sponsors of Oktoberfest Jacksonville include Anheuser-Busch, Ash Properties, ASAP Towing and Avondale Travel. In addition to the Oktoberfest festivities, the Haunted Brewery’s Hopocalypse Live Action Zombie Hunt will also kick off on Friday, Sept. 29. It will include a zombie apocalypse interactive experience throughout the brewery, produced by Jacksonville Haunts. The Hopocalypse will resemble laser tag, but the goal will be to shoot the zombies who have taken over the brewery. A team of 10 players will go through the zombie apocalypse every three minutes. The Haunted Brewery will continue every Friday and Saturday from 5 p.m. to 11 p.m. throughout the month of October and will include the zombie hunt, zombie paintball, creepy clown carnEvil and more. Tickets will be available at thehauntedbrewery.com.About Anheuser- Busch Brewery The Anheuser-Busch Jacksonville Brewery was opened in 1969 and is one of Anheuser-Busch’s six breweries located in the United State. Visitor and special brewmaster tours are available at the Jacksonville Brewery, which produces Budweiser, Bud Light, Bud Light Platinum, Busch, Busch Light, Michelob Light, Michelob AmberBock, Michelob ULTRA, Natural Light, Natural Ice, Shocktop, Landshark and American Red. For 165 years, Anheuser-Busch and its world-class brewmasters have carried on a legacy of brewing America’s most-popular beers. Anheuser-Busch is the U.S. arm of Anheuser-Busch InBev and operates 21 local breweries, 21 distributorships and 23 agricultural and packaging facilities across the United States. For more information, visit www.anheuser-busch.com.About Client Focused Media and BUZZ Media Group Client Focused Media was founded in 2002 and is a leading integrated marketing firm in Northeast Florida. The company provides strategic planning, event planning, marketing, creative, advertising, media buying, branding, crisis management services and public relations to a variety of clients. BUZZ Media Group produces BUZZ TV, iwantabuzz.com and BUZZ Magazine, which is distributed monthly to more than 900 locations in Jacksonville, The Beaches, St. Augustine, Fernandina Beach, Mandarin and Orange Park. CFM and BUZZ Media are located at 1611 San Marco Boulevard, Jacksonville, FL, 32207 and can be reached at (904) 232-3001. For more information, visit cfmedia.com and iwantabuzz.com.Client Focused Media 1611 San Marco Blvd. Jacksonville, FL 32207 Media Contact: Kelly White Kelly.white@cfmedia.net

12-13-2018 | Leisure, Entertainment, Miscel …
IMG/StrongArm
Birdman Gives Jacksonville Urban Rapper A Co-Sign
(Hialeah, FL) Strongarm prospect, Baby Soulja, has been making moves in the industry and many have heard and responded; From Kodak Black on a feature, to being FaceTime’d by the Cash Money co-founder, Bryan “Birdman” Williams. The rap mentor and mogul expressed how he liked Baby Soulja’s music and went on to ask a bit about what the upcoming Florida rapper is up to. Dialogue: What’s going, big dawg? - BabySoulja I like
07-03-2018 | Leisure, Entertainment, Miscel …
Freedom Boat Club Jacksonville and St. Augustine
Freedom Boat Club Jacksonville Receives Apparel Trademark for Boatanista Brand
Jacksonville, Fla., June 27, 2018 – The definition of Boatanista is: boat•an•is•ta   [boat- uh -nee-st uh] noun - A very nautical-minded woman, especially one who works in the boat club industry. Someone who facilitates the boating lifestyle, and her motto would be: Inboard, Outboard, On Board, NEVER BORED. Lisa “The Boatanista” Almeida coined the term and is now encouraging other women to embrace the Boatanista lifestyle. Do you have what
03-29-2018 | Fashion, Lifestyle, Trends
Industry West
Industry West Opens New Jacksonville Studio and Corporate Headquarters
Industry West, a leader in furnishing restaurants, hotels, high-tech startups and residences throughout North America unveiled its new Jacksonville studio and headquarters during an invite-only event on Tuesday, March 27, 2018. In addition to providing room for Industry West’s sales team, design consultants, customer service representatives and senior leadership, the 4,300-square-foot facility offers customers the ability to view and purchase a rotating selection of items from the company’s extensive collection while
08-03-2017 | Politics, Law & Society
Spohrer Dodd
Jacksonville Attorney Instructs National Lawyers Group on Trying Cases Abroad
Jacksonville, Fla., Aug. 1, 2017 – Jacksonville Attorney Barry Newman, a partner in the Spohrer Dodd law firm, was a featured speaker at a national conference of attorneys in Boston hosted by the American Association for Justice. Newman, a foremost attorney on aviation law and one of only 37 board certified aviation lawyers in the United States, was asked to talk about his experience in trying cases overseas. Newman
02-15-2017 | Health & Medicine
Jacksonville ENT Surgery
Jacksonville ENT Surgery welcomes new Medical Assistant
Jacksonville, Fla., Feb. 15, 2017 – Jacksonville ENT Surgery is pleased to welcome Lejla Juklo to their team as a certified medical assistant. Juklo will be responsible for taking a patient’s medical history, vital signs, preparing rooms for patient exams, assisting with allergy testing, CT scans and assisting the providers. She will be rotating between Jacksonville ENT Surgery’s five locations in Jacksonville, Jacksonville Beach and Lake City. Juklo is a
12-19-2016 | Business, Economy, Finances, B …
Brock CPA
Jacksonville accountant strikes out on his own as Brock CPA
After a decade of working with a large local firm in Jacksonville, Daniel Brock, a third-generation CPA, has decided to strike out on his own and has opened Brock CPA. “Brock CPA is perfectly situated to help individuals and locally owned businesses with all of their accounting needs,” said Daniel Brock. “I want to be known as the CPA with the personal touch; one who will listen to your needs,
Comments about openPR
OpenPR is clearly structured and remains true to its principle of confining itself to the essential parts. OpenPR has proven to be a very good and reliable partner to our media agency: Within the shortest time the releases are online and go down well with the media representatives. The success of OpenPR is reflected in the steadily increasing number of press releases. It is good that OpenPR exists!
Ursula Koslik, Director Marketing & PR, F+W Hamburg