Press release from: The Institution of Engineers, Singapore 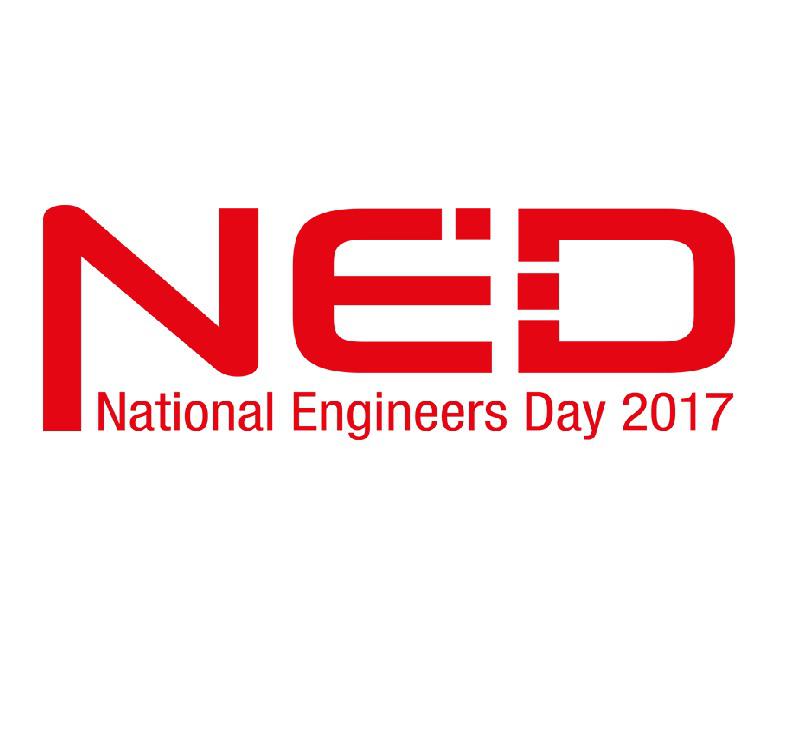 The Energy Innovation Challenge (EIC) 2017 top accolades went to four student teams today for their outstanding projects involving the design or invention of smart and eco-friendly technologies targeted at the “Urban Heat Island Effect” phenomenon. They received the coveted prizes from Dr Vivian Balakrishnan, Minister for Foreign Affairs and Minister-in-charge of the Smart Nation Initiative, at the Prize Presentation Ceremony organised by The Institution of Engineers, Singapore (IES), held at Suntec Singapore Convention & Exhibition Centre.

This year’s EIC attracted 111 teams of more than 300 students across four categories to participate. Categories 1, 2 and 3 comprised students from local secondary schools, junior colleges, ITE and polytechnics respectively and Category 4 consisted of local and overseas universities. These students were given the chance to gain engineering knowledge and skillsets through a series of workshops and boot camps under the guidance of 54 industry mentors over a four-month period.

After preliminary round of judging, seventy-four teams were shortlisted to display their projects for final rounds of judging and public viewing at the National Engineers Day (NED) 2017 from 19 to 21 July, 2017. The four champion teams are:

Category 4 (Local and Overseas Universities): (U-08) – Technological Institute of the Philippines – Quezon City - Development of a Clay Soil Array Battery

Jointly organised by IES and Science Centre Singapore, EIC is a nation-wide competition that seeks to spark students’ interest in Science, Technology, Engineering and Mathematics by giving them the opportunity to create solutions targeted at real-world energy problems. It is supported by the Ministry of Education (MOE) and the National Research Foundation (NRF) Singapore.

The Prize Presentation Ceremony also marked the conclusion of the eighth annual NED, the largest engineering youth carnival in Singapore, organised by IES to celebrate the achievements of engineers, inspire young engineers and intrigue the young generation in engineering. Besides EIC 2017, the three-day NED 2017 has been packed with exciting engineering displays, interactive workshops and career talks by engineers in the industries.

Champion: Geylang Methodist Secondary School
An Urban City as a Thermal Battery
In our project, we approach the UHI effect as an opportunity to harness clean energy from the thermal potential difference between the urban city and the cooler surroundings. We conceptualised an urban city as a gigantic Thermal Battery that is good at absorbing and retaining heat. To demonstrate our concept, we have created a prototype device to harness clean energy from the UHI Effect. We have created a miniature city model to illustrate how such a prototype device can be implemented in an urban city as a solution to UHI effect. Finally, we have highlighted a number of channels to commercialise such prototype device to provide seed funding for further research and development.

First Runner-up:
School of Science and Technology
Carbon Helix Project
Our group has created a building design, named "Carbon Helix", that has natural features to cool down the building. It has a spiral shape that redirects the wind, without losing much speed, improving wind flow and cooling the building down. Rainwater flows down the sides of the spiral-shaped building, cooling it down. It also has plants located at the sides of the building that will cool it down via evapotranspiration. Carbon Helix is composed of a composite material made of carbon fibre and aerogel. The carbon fibre will form the inner layer, while the aerogel will form the outer layer. The carbon fibre will quickly transfer heat within the building to the aerogel layer, which will be cooled down by the water and plant features. The aerogel layer will slow down heat transfer from the surrounding area into the building as it is a good heat insulator.

Second Runner-up:
NPS International SchoolSingapore
Aeroheat
Our team has proposed an invention that makes use of the working concept of bladeless fans, Persian windcatchers, as well as evaporative cooling methods in order to increase ventilation in the CBD areas in Singapore. Based on the theories of the Coanda effect, Venturi effect and Bernoulli's principle, our invention will help to prevent the formation of large columns of stationary hot air between buildings and structures in dense, urban areas through the redistribution of wind. This not only helps to reduce the urban heat island effect but the process of ventilation will also improve air quality which may prove to be pivotal for the environment and space users.

Champion: Anglo-Chinese Junior College
The Tree Village
The building is based on the shape of a tree--which signifies green and environmental protection. The core is a cylinder-shaped building which simulates the tree trunk. The spiral-shaped layers of rooms at the bottom simulate the roots of the tree. The building blocks stacking around the core building simulate the leaves and branches.

First Runner-up: Anglo-Chinese School (Independent)
An optimised solar-hydrogen cell capable of efficient solar energy storage using optimised design and 2D graphitic holey carbon nitride and its derivatives
Our design aims to create a specialised cell for the specific purpose of splitting water into oxygen and hydrogen gas, the latter of which can be used as a source of renewable fuel.

Second Runner-up: Hwa Chong Institution
Green Retractable Exhibition Hall
In view of the Urban Heat Island effect, we aim to minimise the energy used to cool EXPO halls by cutting down on unused space and transforming them into open areas accessible to the public.

Champion: ITE College West
Reducing Heat Build-Up in Roads
This project proves that reducing heat build-up on roads will reduce Urban Heat Island (UHI) effect. Since roads are black, they tend to absorb more heat than its surroundings. The trapped heat from the roads would then be expelled to the atmosphere, creating hotter environments, thus increasing UHI effect. The project aims to construct a system that reduces the heat build-up in roads, with the ultimate goal of reducing the UHI effect. This is achieved by making use of the heat trapped in roads to produce energy to power a cooling system that would in turn cool the roads. The heat expelled by the cooling system can then be used to heat up water heaters in homes or at saunas.

First Runner-up: ITE College West
Aeroponics
Urban mini plantation, with a small pond below. The plantation is special as we make use of mist instead of water to apply directly to the plant.

Second Runner-up: Republic Polytechnic
Heat Defeaters
Our project is a system to mitigate Urban Heat island Effect with the help of green features in a building (including clean energy) and also a cloud-based fault detection and diagnostic system for HVAC.

Champion: Technological Institute of the Philippines – Quezon City
Development of a Clay Soil Array Battery
This research aims to acquire a potential for energy production using natural resources. This study increases the variety of options available for energy consumption. Using a clay soil battery in urban areas could lessen the temperature difference between rural and urban areas. The materialisation of a soil plantation is not far from reality and may be the answer to the problem circulating about the (UHIEs) or preferably known as the urban heat island effect.

Second Runner-up: Technological Institute of the Philippines – Quezon City
Fibre-Reinforced Composite Thermoelectric Tile Utilising Urban Heat as Renewable Energy Source
In this project, the team created a high scale Peltier device through the application of Seebeck effect and utilising materials of high thermal mass. The output is a 12 x 12 inch tile containing blocks of fibre-reinforced cement in its core. Fibre-reinforced cement could be used as an n-type/p-type semiconductor material allowing them to conduct the Seebeck’s effect, allowing the cement to absorb the thermal energy and transform it to electrical energy in a form of a tile. Each tile produces 5 watts of power at 100mV and has the ability to increase upon cascading the system.

About The Institution of Engineers, Singapore (IES)

The Institution of Engineers, Singapore (IES) was formally established in July 1966 as the national society of engineers in Singapore. IES is the premier engineering institution in Singapore and is called upon by the Government to provide feedback on professional engineering matters.

IES is well represented among the faculty members of the major engineering institutions of higher learning in Singapore. Through close collaboration with the local universities and polytechnics, IES organises courses, seminars and talks for engineers and IES members to advance the continuous development of engineers.

The Institution maintains close links with professional organisations of engineers regionally and throughout the world. These include organisations in Australia, China, Japan, United Kingdom and the United States. The Institution also represents Singapore in the ASEAN Federation of Engineering Organizations (AFEO) and the Federation of Engineering Institutions of Asia and the Pacific (FEIAP) in promoting goodwill, fellowship and exchange of knowledge among all engineers in ASEAN and the Asia-Pacific region.
Through its Engineering Accreditation Board (EAB), IES obtained full signatory status in the Washington Accord (WA) in June 2006. The entry grants IES the authority to represent Singapore, the first country within the ASEAN region which has obtained full signatory status in the WA, to vet education systems under the WA mutual recognition framework.

More Releases from The Institution of Engineers, Singapore