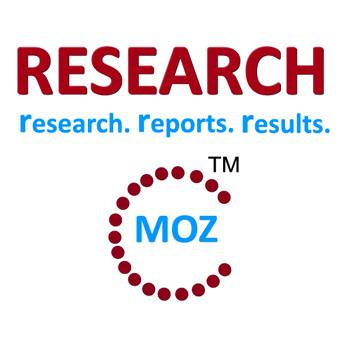 ResearchMoz added Latest Research Report titled " Libya - Telecoms, Mobile and Broadband - Statistics and Analyses " to it's Large Report database.Libya sees in its first LTE networkLibya’s civil war has crippled the country’s economy and disrupted its telecommunications sector. Considerable telecom infrastructure has been destroyed or stolen, including about a quarter of the country’s mobile tower sites. Reconstruction efforts continue to be stymied by political and military disturbances which affect much of the country, while with two opposing administrations, in Tripoli and Tobruk, there is no consensus as to how to rebuild infrastructure on a national scale despite attempts to reach a political solution.As a result of these difficulties, and of heightened national security issues, telecom services have been regularly disrupted, particularly in the eastern region of the country. In June 2017 In June 2017 mobile and landline services were restored in Sirte after these had been disconnected by Islamic State (a group ejected from the city after a two-year occupation). As a security measure, the main mobile network provider Libyana in July 2017 disconnected SIM cards owned by foreigners, on the basis that criminals and radical groups had been using the company’s network for their activities. Reregistering a SIM card now requires proof of ID.Request for Sample PDF of Premium Research Report with TOC: http://www.researchmoz.us/enquiry.php?type=S&repid=1254282In early 2015 the state telco (along with many other businesses) decamped to Malta, and since then both rival administrations have fought in the Maltese courts in an attempt to assume control of the company. The collapsing economy, which has seen GDP fall dramatically in recent years and looks set to continue into 2018, has stymied the ability of telcos to invest in infrastructure.Under the Gaddafi regime, virtually the entire telecom and internet sector was in government hands, with the unique situation wherein three government-owned mobile networks were expected to compete with each other. One of these networks, Libyana, was to have been privatised through an IPO in late 2014, though instead elements of the operator’s mobile network were split off to create a separate operator serving the eastern part of the country.A new Telecommunications Law has been drafted and the government is in the process of establishing an independent regulatory authority. Since the downfall of the old regime, 25 ISPs have already been licensed to compete with the government-owned former monopoly, as well as 23 VSAT operators.Browse more details @ http://www.researchmoz.us/libya-telecoms-mobile-and-broadband-statistics-and-analyses-report.htmlTable of Contents1. Executive summary2. Key statistics3. Country overview4. Telecommunications market 4.1 Market analysis5. Regulatory environment 5.1.1 General Authority for Information and Telecommunications (GAIT) 5.2 Market liberalisation 5.3 Second national operator (SNO) licence 5.4 Mobile licence - 2011 5.5 Voice over Internet Protocol (VoIP)6. Fixed network operators 6.1 LPTIC/GPTC/Hatif Libya7. Telecommunications infrastructure 7.1 National fibre backbone 7.2 Next Generation Network (NGN) 7.3 International infrastructure 7.3.1 International submarine fibre 7.3.2 Satellite 7.3.3 LAP Green NetworksAbout ResearchMozResearchMoz is the world's fastest growing collection of market research reports worldwide. Our database is composed of current market studies from over 100 featured publishers worldwide. Our market research databases integrate statistics with analysis from global, regional, country and company perspectives. ResearchMoz's service portfolio also includes value-added services such as market research customization, competitive landscaping, and in-depth surveys, delivered by a team of experienced Research Coordinators.Contact Us:Mr. Nachiket Ghumare 90 State Street, Albany NY, United States - 12207 Tel: +1-518-621-2074 / Tel: 866-997-4948 (Us-Canada Toll Free) Email: sales@researchmoz.us Follow us on LinkedIn at: http://bit.ly/1TBmnVG Follow me on Blogger at: http://deep-research-report.blogspot.com/

You can edit or delete your press release Libya - Telecoms, Mobile and Broadband - Statistics and Analyses Difficulties and of Heightened National Security Issues here