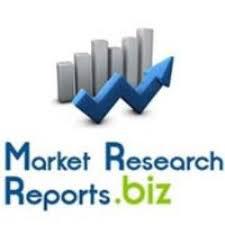 Nigeria’s broadband sector to benefit from five more InfraCo licences
Nigeria has one of the largest telecom markets in Africa, supported by the second largest economy on the continent. The sector has much potential for growth and so has attracted considerable foreign investment. Market liberalisation measures in recent years have led to hundreds of companies, many of them small and localised, being set up to provide a range of telecom and value-added services.

The regulator has licensed two regional infrastructure companies (InfraCos) to build a national broadband network and offer capacity to all service providers on a non-discriminatory, open-access and price-regulated basis. An additional five InfraCo licenses are expected to be awarded later in 2017.

Several microwave and fibre-based national backbone networks are being rolled out by various companies. Nitel’s monopoly on international fibre bandwidth via the SAT-3/WASC submarine cable system ended in 2009 when Globacom’s Glo-1 cable landed in the country. The landing of additional submarine cables (supported by improved domestic fibre infrastructure) has delivered a further boost to the country’s developing broadband sector by improving bandwidth and reducing prices for end-users.

Request For The Sample Copy Of This report : https://www.marketresearchreports.biz/sample/sample/794246

Nigeria has Africa’s largest mobile market, with about 149 million subscribers and a penetration rate of 107%. The rapid growth in the number of subscribers led to problems with network congestion and quality of service, and the resulting fines imposed by the regulator encouraged network operators to invest in transmission infrastructure. Although GSM technology still dominates there is a growing shift to services based on LTE.

Efforts are also being made to encourage network sharing and to outsource the management of tower infrastructure to third parties. There remains considerable growth potential in rural areas where mobile penetration is lower. Competition of voice pricing has encouraged operators to develop new revenue streams from mobile broadband and data services, including m-payments and m-banking.

Although the market is one of the most competitive in Africa, the regulator has applied a price floor on voice and data tariffs in a bid to prevent the dominant operators from squeezing competitors. This price floor was reduced in November 2016 but swiftly retracted.

The country’s broadband sector has seen considerable consolidation among players, from over 400 ISPs in 2012 to fewer than 90 by mid-2017. Most internet connections are via mobile networks though there are also a number of WiMAX operators.

Supported by the expansion of national fibre backbone networks, platforms such as e-commerce, online banking and e-payments, e-health, e-learning and e-government are evolving rapidly. The government has continued with its plan to increase broadband penetration to 36% by 2018 and to enable over 80% of the population to be able to receive mobile broadband services.

Companies mentioned in this report:

You can edit or delete your press release Nigeria - Telecoms, Mobile, Broadband and Digital Media - Statistics and Analyses here