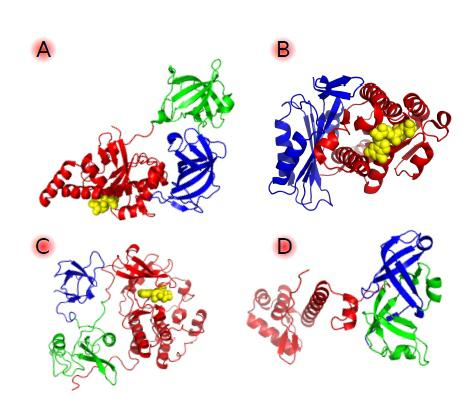 Proteins that have certain biological activities are termed as functional proteins. Certain examples would be immunoglobulins that are found in colostrum. Avidin is another form of functional protein that is found in egg whites. This protein binds biotin with extreme persistence. Functional proteins find wide application in food and beverage industries due to their functional properties.Download PDF Brochure for More Information@ http://www.transparencymarketresearch.com/sample/sample.php?flag=B&rep_id=26357Rising instance of chronic diseases is one of the major factors responsible for the heightened demand for functional proteins. The consumption of processed food has doubled over the past few years and as a consequence, chronic diseases have also doubled in number during the same period. Heart failure is one of the leading causes of death at present which is caused by coronary heart diseases, and diabetes among others. Such issues are prevalent in the developed regions where the consumers are more exposed to the consumption of processed foods due to their busy lifestyle. On account of rising awareness regarding the complications associated with such diseases, the consumers are shifting their focus towards the consumption of healthy foods that would help them avoid such complications. Due to these factors, the demand for functional proteins is witnessing a significant surge at present. Technological innovation in the field of functional proteins is another major factor driving the demand for such products at present.However, regulations regarding animal proteins are one of the major factor hindering the growth of this market at present. Lack of awareness regarding functional proteins among the consumers, especially in the developing and under developed regions is highly barring the growth of the market at present.However, emerging markets are expected to pose as a suitable opportunity for the growth of this market in future.Based on type, the market has been classified into whey protein concentrates, whey protein isolates, soy protein, casein and caseinates, hydrolysates and various others. Whey protein concentrates held the dominant share in 2016 on account of wide application scope for this type in the food and beverage industry. Further, easy availability and less cost compared to isolates and hydrolysates. Whey protein concentrates find high usage in soups, bakery products, meat and low-fat products among others.Based on application, the market has been segmented into functional foods (infant formula, sports/clinical nutrition), functional beverages, dietary supplements and animal nutrition. Dietary supplements accounted for the dominant share in 2016 due to the rise in consumption of nutritional supplements. Such supplements are widely available in liquid, powders, capsules and tablets. The market has also been classified on the basis of form into dry and liquid.Browse Report@ http://www.transparencymarketresearch.com/functional-protein-market.htmlNorth America held a prominent market share in 2016 on account of high demand for functional proteins from the food processing industry, which is greatly driving the market in North America. U.S. is the frontrunner for functional proteins in North America. Asia Pacific is expected to maintain the fastest growth during the forecast period with India and China being the major contributors to the growth of this market. Europe also held a significant position in this market and major countries such as Germany, U.K., France and Italy are expected to lead the market throughout the forecast period. Middle East and Africa is expected to show a meager growth for this market due to low consumer exposure to functional protein infused products. However, countries such as U.A.E., Qatar and South Africa are expected to exhibit stable growth during the forecast period.About Us:-Transparency Market Research (TMR) is a next-generation provider of syndicated research, customized research, and consulting services. TMR’s global and regional market intelligence coverage includes industries such as pharmaceutical, chemicals and materials, technology and media, food and beverages, and consumer goods, among others. Each TMR research report provides clients with a 360-degree view of the market with statistical forecasts, competitive landscape, detailed segmentation, key trends, and strategic recommendations.Contact Us:-Transparency Market Research State Tower, 90 State Street, Suite 700, Albany NY - 12207 United States Tel: +1-518-618-1030 Email: sales@transparencymarketresearch.com