The Donald Trump Syndrome: Why Women Choose the Wrong Men to Love 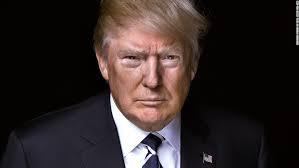 For Immediate Release Contact: Tom Andrews, 415/479-3800The Donald Trump Syndrome: Why Women Choose the Wrong Men to Love Donald Trump lost the women’s vote by twelve percentage points in the 2016 Presidential Election. But when it comes to marriage, he is clearly the lady’s choice. Most single women would react with horror if they were told they desire a Trump-like husband, but that’s what millions secretly want. The Donald Trump Syndrome: Why Women Choose the Wrong Men to Love (Marin Publications: San Rafael CA, August 2017) is the first book that identifies key Donald Trump qualities that most single women unknowingly endorse as those of the ideal husband. The book applies this to the dating world and reveals why so many women can’t meet a good man. The Donald Trump Syndrome divulges why marrying a Donald Trump clone would be disastrous. It also documents how single women in America overlook millions of good men because they are the opposites of President Trump. Best of all, the book provides a step-by-step blueprint for how to identify a good man, where to find him, how to meet him, and how to forge a lasting bond. Author Rich Gosse is the chairman of The Society of Single Professionals, the world’s largest non-profit singles organization; and Executive Director of The International Association of Dating Websites. He is the author of 8 books on dating, including Singles Guide to America, You CAN Hurry Love, and A Good Man is EASY to Find (“This is a great book!” Oprah Winfrey) His controversial views on dating have been featured by hundreds of major TV/Radio/Print media, including Oprah, NBC’s Today Show, ABC’s Night Line, Fox’s Neil Cavuto Show, CNBC, MSNBC, BBC, The London Times, The Australian, The New Zealand Herald, Newsweek, Cosmopolitan, Playboy, Playgirl, etc. His personal website is richgosse.com. Rich Gosse is available to the news media for interviews by calling 415-479-3800 or emailing rich@richgosse.com. The book is available to the news media upon request.The Society of Single Professionals is the world's largest non-profit singles organization.Society of Single Professionals, 205 Mark Twain Ave, San Rafael CA 94903.

You can edit or delete your press release The Donald Trump Syndrome: Why Women Choose the Wrong Men to Love here

08-26-2020 | Leisure, Entertainment, Miscel …
Advent Messenger
900 Catholic Masses for President Donald Trump
With only three months to go until the November 3, 2020 presidential election, the Trump 2020 campaign is working hard to attract Catholic voters. The Trump campaign has a website to court the Catholic vote. It is called Catholics for Trump 2020 and it is motivating Roman Catholics to support the re-election of Donald Trump by appealing to the abortion issue. The website says: “Catholics for Trump will energize and activate
12-17-2018 | Business, Economy, Finances, B …
Calstate Companies
How Trump Buys Real Estate
LOS ANGELES, CA. If Donald Trump did, in fact, purchase Russian real estate, he might have employed the following strategies: First, he would acquire a team of experts to help him. Trump understands the old saying: “If you act as your own attorney, you have a fool for a client.” This could also apply to the person who tries to be his or her own property manager, real estate broker, accountant,
10-05-2018 | Business, Economy, Finances, B …
Project: Return to Work
Port Charlotte volunteer to receive award from President Trump
A Port Charlotte woman is getting recognition from President Donald Trump for her service to an organization that helps thousands of wounded veterans and others find meaningful employment. Fran Nixon, Florida Missions Operations Manager (MOM) for Project: Return To Work Inc. (R2W), will receive the President’s Volunteer Service Lifetime Achievement Award in a ceremony on Sunday, Oct. 7. “Veterans hurt in combat gave up so much for our freedom,” said R2W
05-28-2018 | Advertising, Media Consulting, …
Spire Research and Consulting
The Trump Presidency:One Year On
One year since President Trump took office, what has been the impact for businesses in Asia? Leon Perera, CEO of Spire Research and Consulting, shared his thoughts in The Business Times – Views from the Top section on 27 November 2017 on the impact on global economy. Thus far, Donald Trump’s Presidency has not been bad for the American stock market and the US dollar. However, the expected infrastructure spending and
12-14-2017 | Business, Economy, Finances, B …
Coefficients Co. Ltd.
Trump Promised to Study US and PH Trade Deal
United States President, Donald Trump, committed to studying the proposed free trade agreement (FTA) between the US and the Philippines. As per the presidential spokesperson, Harry Roque, he stated that the US president had promised to look into the FTA proposal during their 40-minute bilateral conference with PH president, Rodrigo Duterte, amidst the ASEAN (Association of Southeast Asian Nations) summit. “The Philippines is appreciative of the General System of Preference (GSP) and
11-15-2017 | Leisure, Entertainment, Miscel …
Over the Rainbow Group
TRUMP SIGNS EXECUTIVE ORDER ABOLISHING THANKSGIVING
Washington, DC – On October 13, 2017, surrounded by smiling, loyal supporters, President Donald Trump signed an Executive Order banning the celebration of Thanksgiving within the boundaries of the United States and its territories. Expressing a desire to bring Americans together by participating in the ongoing wave of calls for historical accuracy, manifested primarily by efforts to remove monuments recognizing treasonous Confederate military leaders from publicly owned properties, Trump stated his
Comments about openPR
OpenPR is clearly structured and remains true to its principle of confining itself to the essential parts. OpenPR has proven to be a very good and reliable partner to our media agency: Within the shortest time the releases are online and go down well with the media representatives. The success of OpenPR is reflected in the steadily increasing number of press releases. It is good that OpenPR exists!
Ursula Koslik, Director Marketing & PR, F+W Hamburg