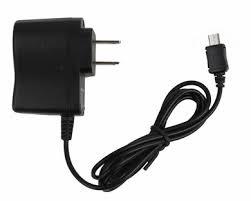 The plastic food packaging coating, also known as cling films, have globally transformed the food and beverages market. Plastic food packaging coating is preferred as it majorly contributes to the health and hygiene of the food article, also preventing it from contaminants and preserving it. Further, the cling films are considered as a cost effective way for food presentation. Cling films are soft plastic wraps of polyvinylidene chloride (PVC). Obtain Report Details @ http://www.transparencymarketresearch.com/cling-film-alternative-market.htmlPolyvinylidene chloride is permeable to water vapor and oxygen, which in turn, extends the shelf life of the product or increases the peak freshness of the wrapped food articles. Cling films are now an indispensable non-food item for the food and beverages industry. Cling film being smooth surfaced will cling on to some of those surfaces which are smooth and thus can remain tightly fixed over the opening of the container without any use of adhesives. The cling films can keep the food articles moist in the fridge without any flavor and odor loss. It can be ideally used to wrap sandwiches, cover leftover food, cover plated meals or fruits in a basket while travelling and to preserve food on a general note.The cling films are available in 8 micron, 9 micron and 10 micron thickness. The cling film’s application is based on thickness of the film. Also, it is available in 60,70,80,90,100,115 and 150 Gauge. They are used based on the strength and capacity of the film to carry the product. Cling films are segmented into two forms namely Cast cling film and Blown cling film. The cast cling film is made from a continuous melting procedure of a thermoplastic and extracted from a flat die on a chill roll. This has a good clarity and a good tear resistance. It is comparatively less expensive. The blown cling film is manufactured using blow extrusion process. It is tougher and more resilient than cast cling film. It can take higher loads as compared to cast cling film. But blown cling film has poor clarity and is more expensive than cast cling film.For more information on this report, fill the form @ http://www.transparencymarketresearch.com/sample/sample.php?flag=B&rep_id=14912Apart from all the advantages it also has disadvantages that can hamper the product wrapped. It can tear off due to extreme weather or rough transport. Or it can even melt due to extreme temperature. This calls for an alternative to cling films, of which there are very few. The alternatives include cohesive/adhesive sprays, stretch hooding, shrink hooding and strapping. The stretch hooding seals the product from the top through a film and then stretches it to the whole product body, seals the top and releases the stretch. In shrink hooding, a continuous roll of PVC film is cut according to the size and height of the product and then with the help of high volume of hot air, the film is shrunk on to the body of the product. The cohesive/adhesive sprays are water based sprays which are sprayed on to the product to keep it in place without being wrapped or any corner protectors. This spray has a very high shear strength. However when it is pulled, it comes off in pieces. Strapping can be done from thin aluminum or plastic films. These alternatives can be used to pack the industrial bags of beverages, chemicals, food and edible animal feed. These are required even less as compared to cling film.The restraining factors of cling films is likely to drive the market for its alternatives. The major end users for this market will be food and beverages, chemical, animal feeds and pharmaceutical companies. This market is prominent in North America followed by Europe and Asia Pacific. It is slowly growing in the Middle East, Africa and Latin America. The key players in this alternatives market are Graco Adhesives, Anchor Packaging, Berry Plastics, AEP Industries Inc., Bemis Company Inc., Dow Chemical Company, FUJI Seal International Inc, Intertape Polymer Group Inc. and E I du Pont de Nemours and Co.About TMRTMR is a global market intelligence company providing business information reports and services. The company’s exclusive blend of quantitative forecasting and trend analysis provides forward-looking insight for thousands of decision makers. TMR’s experienced team of analysts, researchers, and consultants use proprietary data sources and various tools and techniques to gather and analyze information.Contact TMR90 State Street, Suite 700 Albany, NY 12207 Tel: +1-518-618-1030 USA - Canada Toll Free: 866-552-3453 Email: sales@transparencymarketresearch.com Website: http://www.transparencymarketresearch.com