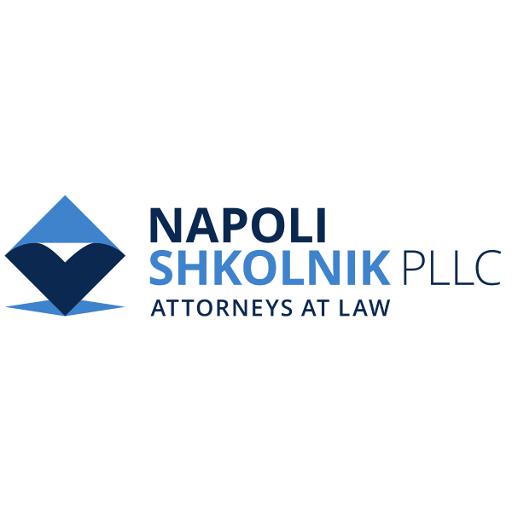 NEW YORK, NY - Reversing the legal effects of a wrongful conviction is only part of the puzzle, and while no one can restore the years that they have lost, Marie Napoli is determined to see that wrongfully incarcerated individuals receive maximum compensation in these cases.There are many success stories in this area. For example, two New York City men, who served a collective thirty-five years for a kidnapping and murder they did not commit, will receive a combined $25 million. The Brooklyn detectives involved in the case performed an incomplete investigation, and court prosecutors argued that the bad police work was immaterial to the case. Instead of the two men arrested and convicted, the evidence seems to indicate that this 16-year-old girl was abducted and killed by high school classmates who have never been identified.False Imprisonment ClaimsEven if the victim is pardoned for the crime, false imprisonment cases are not easy to win, because of the law enforcement exception. Even if the elements are present, police departments are immune from lawsuits if they had probable cause to believe that the victim was guilty. “Probable cause” is not really defined in the law, but it is a standard of proof between reasonable suspicion, which is essentially an evidence-based hunch, and beyond a reasonable doubt, which is the standard in criminal court.Napoli Shkolnik, PLLC is national law firm that represents victims of Wrongful Convictions in nationwide. Thousands of people are wrongfully convicted every year with no resources to defend themselves. Marie Napoli, a partner at Napoli Shkolnik has developed a relationship with the innocence project to help the wrongfully convicted get their life back. James Henning, an attorney with the firm says “One thing I always like to point out is that any time there is a wrongful conviction, a real criminal is emboldened at having evaded justice and likely will continue to commit crimes”. “In a way, it’s almost insulting to think that money alone can in any way compensate for lost days, weeks, months, or years spent behind bars,” she said. “But that doesn’t stop me from demanding the compensation, and respect, that my clients deserve.” Says Marie Napoli. If you or a loved one were wrongfully imprisoned for a few minutes, a few decades, or anywhere in between, you may be entitled to significant compensation, and Marie Napoli can make it happen.ABOUT NAPOLI SHKOLNIK, PLLC:Napoli Law is a New York, New York-based law firm representing personal injury victims nationwide with offices in eight states. Our attorneys focus exclusively on personal injury law, especially catastrophic injury cases, false imprisonment and environmental torts. We do not charge any upfront legal fees to our clients, and after-hours appointments are always available.Napoli Shkolnik, PLLC 400 Broadhollow Road Suite 305 Melville, NY 11747

03-22-2021 | Business, Economy, Finances, B …
Stanford PR Solutions
ASAE GRANTS CERTIFIED ASSOCIATION EXECUTIVE CREDENTIAL TO MARIE STRAVLO
Washington, DC, March 15, 2021 -- ASAE has announced that Marie Stravlo, IOM, CAE who is the CEO of Association Development Services has earned the Certified Association Executive (CAE®) designation. The CAE is the highest professional credential in the association industry. To be designated as a Certified Association Executive, an applicant must have experience with nonprofit organization management, complete a minimum of 100 hours of specialized professional development, pass
03-02-2020 | Leisure, Entertainment, Miscel …
Liner Entertainment Group
Liner Entertainment Group LLC Signs Female Pop Artist CAROLYN MARIE.
Singer Carolyn Marie Signs Exclusive Management Deal With Liner Entertainment Group LLC Female Pop singer/songwriter Carolyn Marie has signed an Exclusive Management deal with Talent Management Firm Liner Entertainment Group LLC in Houston, Texas. Dianna Liner is the CEO of Liner Entertainment Group LLC and discovered the talented artist when their A&R and Promotions director submitted her for consideration. After review of her music, videos etc, Dianna Liner and the
12-02-2010 | Business, Economy, Finances, B …
E & R Moffat
Bains Marie Hot Cupboards - Catering Hot Cupboards - Mobile Hot Cupboards
Although a very basic piece of catering kit, a hot cupboard can make all the difference to the quality of a meal. No matter how carefully food is prepared and cooked, if it isn’t stored at the correct temperature prior to serving, it won’t reach the customer it tip-top condition. E & R Moffat has designed a range of hot cupboards with bains marie fitted with forced-air heating and recirculation. The
11-16-2010 | Leisure, Entertainment, Miscel …
VittekPR
Christina Marie Burke Releases Classical Crossover Debut
Memphis, TN November 11, 2010 – Blues City Music recording artist, Christina Marie Burke releases her classical crossover debut. The self-titled CD is a nine song compilation of religious, classical and pop songs demonstrating her diverse vocal range and repertoire. Recorded at Leeway Studios in Memphis, the CD is now available online at iTunes, Napster, Rhapsody, Amazon, AllMusic, IndieRhythm, CD Baby and is currently looking to establish international
09-01-2008 | Arts & Culture
PrimaDonna Productions
Laura Marie Is Off To A Running Start
SAN ANTONIO – As a singer/songwriter and a proud mother of two, Laura Marie understands the importance of staying healthy for her family and for her career. Now, as she prepares to run in San Antonio’s inaugural Rock ‘n’ Roll Marathon, she hopes her example will help inspire others to set health goals for themselves. “Just because you’re a busy mom, or a working musician, or even both, it doesn’t
01-15-2008 | Leisure, Entertainment, Miscel …
MLC PR
MLC PR SIGNS ACTRESS HAYLEY MARIE NORMAN
Los Angeles, CA (January 14, 2008)— Mona Loring, president of MLC PR officially announced today that Hayley Marie Norman, highly sought-after actress and series regular on the hit NBC television show “Deal Or No Deal,” has signed on for their public relations services. As a fresh, new face in the television and film industries, Hayley Marie Norman has quickly become one of the favorite girls on “DOND” receiving national
Comments about openPR
OpenPR ist the nicest and most clearly laid out PR platform I have seen to this day. The press releases are displayed very nicely and clearly and without any unnecessary frills. The updates are fast and the finished release looks appealing and is clearly legible. Even with 16 years of experience one discovers new things from time to time. Congratulations!
Gabriele Ketterl, Director Marketing & PR, Menads