Balloon Catheters Market to Surpass US$ 5.5 Billion Threshold by 2025, with North America positioned as Growth Engine 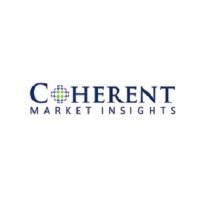 Balloon Catheters – Blowing Out the Flame of Coronary Artery DiseaseBalloon catheter is a flexible device with a balloon at its tip, which may be inflated or deflated when the catheter is in place to create or enlarge a passageway, also it is used to remove the blockage or to open the narrowed coronary arteries caused by coronary arteries disease. Furthermore, the balloon catheters have other applications such as are used in renal denervation, cryoablation, drug delivery, perfusion, and atherectomy.As per the stats published in 2015 by The Heart Foundation, coronary artery disease causes around 380,000 fatalities yearly in the U.S. Furthermore, around 720,000 people suffer from heart attacks each year and among these, 205,000 are repetitive cases of a heart attack and 515,000 people suffers from a first incidence of heart attack in the U.S.The global balloon catheters market was valued at US$ 2833.4 million in 2016 and is expected to witness a robust CAGR of 7.7% during the forecast period (2017 – 2025).Request a sample copy of this report: https://www.coherentmarketinsights.com/insight/request-sample/489Increase in coronary artery disease prevalence and preference for minimally invasive procedure expected to favor the growth of balloon catheters market in the near futureNorth America accounts for the largest share in the global balloon catheters market, followed by Europe. This is mainly attributed to rapidly aging population, increase in incidence rate of diabetes and increase in number of heart attack and coronary artery disease cases in this region. As per the stats published by Centers for Disease Control and Prevention (CDC), in 2012, around 29.1 people were living with diabetes in the U.S. Furthermore, in 2012, 1.7 million people were newly diagnosed for diabetes in U.S.The balloon catheters market is expected to show high growth rate in Asia-Pacific region over the forecast period supported by increase in prevalence rate of lifestyle disease such as diabetes. According to World Health Organization (WHO), in 2016, around 110 million people were living with diabetes in China and this number is expected to reach 150 million in 2040 due to unhealthy habits and lack of physical activity.Also, the increase in minimally invasive procedure expected to raise the demand for balloon catheters in developed and emerging regions during forecast period, as minimally invasive treatment help patients to get cure rapidly, helps to avoid open heart surgery and also prevent loss of blood during surgery.Also, the minimally invasive procedures takes less time to perform the surgery and patient can be released from hospital on same day of surgery. This helps to patient to start their daily routine early as compare to open heart surgery also it reduces the chances of complexity occurs after the surgery.Increase in coronary artery disease cases worldwide followed by heart surgery procedures expected to fuel the growth of balloon catheters marketAs per The National Health Service (NHS), in England around 20,000 coronary artery bypass surgery performed yearly to divert and improve blood and oxygen supply from narrowed part of arteries. Also as per CADI (Coronary Artery Disease among Asian Indians) Research Foundation, around 60,000 coronary artery bypass surgery performed in India annually and the number is expected to grow year on year due to increase in aging population with unhealthy habits, diabetes cases and increase in blood cholesterol level.Request for Customization: https://www.coherentmarketinsights.com/insight/request-customization/489Some major players operating in balloon catheters market are Abbott Laboratories, Becton Dickinson And Company, Boston Scientific Corporation, Bard Medical Division, B. Braun Melsungen AG, Johnson & Johnson, Teleflex Incorporated, Medtronic, Plc, Edwards Lifesciences Corporation, OrbusNeich and Vascular Solutions, Inc.Few growth restraining factors are the rarity of health insurance in emerging countries such as India making this procedure beyond the reach of people who are living in rural area and lack of awareness about invasive treatment for heart surgery among patients living with heart related disease limiting the growth of balloon catheters market.About Coherent Market Insights: Coherent Market Insights is a prominent market research and consulting firm offering action-ready syndicated research reports, custom market analysis, consulting services, and competitive analysis through various recommendations related to emerging market trends, technologies, and potential absolute dollar opportunity.Contact Us:Mr. Shah Coherent Market Insights 1001 4th Ave, #3200 Seattle, WA 98154 Tel: +1-206-701-6702 Email: sales@coherentmarketinsights.com

You can edit or delete your press release Balloon Catheters Market to Surpass US$ 5.5 Billion Threshold by 2025, with North America positioned as Growth Engine here