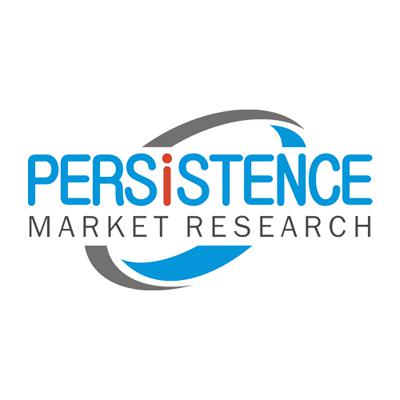 Captan is a white or pale yellowish brown-colored compound. It is a fungicide which belongs to the class of Phthalimides. In its pure form captan is a colorless crystal having a pungent smell. It is generally used as a pesticide as well as mixed with other components to form a pesticide mixture, which has better effectiveness. The U.S. Environment Protection Agency classified captan as a Class 4 toxic chemical, which means it is practically non toxic. However when in higher concentration, it is nauseating to the human eyes and skin. Captan is disease-resistant to vegetables, fruits and ornamental plants. Accounting to its wide applications, captan is useful in both agricultural and domestic uses. The U.S Environment Protection Agency stated captan as a potential carcinogen. Although in 2004 it was reclassified as non-toxic as there was no experimental proof found which could support the prediction. Captan is sold under different trade names such as Merpan, Orthocide, Vancide 89, Clomitance and Argox in the market.To access full report @ http://www.persistencemarketresearch.com/market-research/captan-market.aspCaptan is the preferred fungicide as it also improves the external appearance of the fruits making it look healthy and bright. The major use of captan is in the cultivation of apples. Captan is protective and curative against diseases such as white rot, black rot, bitter rot and blossom end rot, occurring on apples. More than half of the apple orchids in the U.S. are treated with captan-containing fungicides. It is also extensively used in the cultivation of almonds and strawberries. Captan is applied in packaging boxes to prevent the fruits and vegetables from rotting while transportation. Captan is used in leather and plastic products as preservatives against fungal growth. On the agricultural crops, Captan is sprayed a month before harvesting, to protect the crops against diseases such as fire blight and rusts. However captan has a couple of spray incompatibilities such as it should not be mixed with sulfur, lime, oil or other alkaline medium as the resultant mixture may injure the plant parts under high temperature and humidity. Use of Captan for the cultivation and storage of food crops was banned in the U.S. in 1989 as it was thought to be a carcinogen. However the use of this compound resumed post several decades after the U.S. Environment Protection Agency classified captan as a non toxic chemical.A sample of this report is available upon request @ http://www.persistencemarketresearch.com/samples/6940Captan is considered as one of the widely used fungicide and its use in terms of volume has increased drastically owing to its ability to be used in a broad spectrum of applications. Increasing number of agricultural activities has fuelled the demand for fungicides in the Asia-Pacific region. Crops become disease-prone when they are subjected to drastic climatic changes. Over the recent years, North America has witnessed these climatic changes which in turn have fuelled the demand for fungicides for crop protection applications. Asia-Pacific region is leading in terms of growth rate and North America with regards to consumption .In Europe farmers are opting fungicides over other products such as herbicides and insecticides as fungicides are comparatively cheaper than the latter agrochemicals and they have a greening effect which gives the crop a fresh look. On account of these factors, demand for fungicides is substantially increasing in Europe, which has further boosted the demand for captan-containing fungicides. Emerging economies such as China, India and Brazil have the largest agricultural sector and are expected to boost up the demand for agrochemicals as well as fungicides containing captan. Manufacturers have started developing fungicidal complex products which is resistance to more than one disease. Triazoles and Strobilurines fungicides are the some of the key competitors of captan-based fungicides.To view TOC of this report is available upon request @ http://www.persistencemarketresearch.com/toc/6940Arysta LifeScience, BASF SE, Chevron Phillips Chemical Company, Crop Care Australasia Pty Ltd, and Makhteshin Agan of North America, Inc., are some of the key players in the Captan market.Key geographies evaluated in this report are:North America U.S Canada Europe France, Germany, Italy, Spain, and the UK Eastern Europe CIS APAC China India Japan Australia Others Latin America Argentina Brazil Others Key features of this reportDrivers, restraints, and challenges shaping the Captan market dynamics Latest innovations and key events in the industry Analysis of business strategies of the top players Captan market estimates and forecasts(2015 -2021)About UsPersistence Market Research (PMR) is a third-platform research firm. Our research model is a unique collaboration of data analytics and market research methodology to help businesses achieve optimal performance.To support companies in overcoming complex business challenges, we follow a multi-disciplinary approach. At PMR, we unite various data streams from multi-dimensional sources. By deploying real-time data collection, big data, and customer experience analytics, we deliver business intelligence for organizations of all sizes.Contact Us Persistence Market Research305 Broadway7th Floor, New York City, NY 10007, United States,USA – Canada Toll Free: 800-961-0353Email: sales@persistencemarketresearch.comWeb: http://www.persistencemarketresearch.com