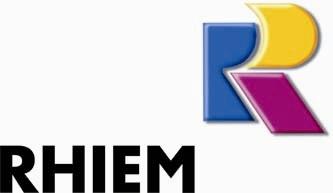 Expanded service offering for affordable data carrier and printed materials production. According to forecasts by the Pira Analysis Institute, 30 percent of all manufactured print products will be printed digitally by 2015. The market is set to grow to 125 billion euros worldwide – three times as much as todayVoerde, 10 November 2008 - The RHIEM Group, an owner-run fulfillment service provider with headquarters in Voerde, is extending its activities in the media-on-demand sector. In future, RHIEM customers can have digital media (CDs and DVDs) and printed material produced faster, more flexibly and at a better price in small runs. High-quality print and color is, of course, guaranteed, along with strict adherence to the highest data security standards. In the software sector, in particular, customers are purchasing products online with increasing frequency and downloading the desired programs onto their computers immediately after the transaction has been completed. But many of these customers would rather not have to do without a physical data carrier and a printed manual. These media can be produced very quickly and, in extreme cases, as a single unit – the smallest run possible. The installation and operation of the infrastructure required to do this is an enormous expense for providers. “With the expansion of our media-on-demand activities we are offering software and hardware manufacturers a practical way out of the situation. With this offering, our customers can not only have small runs produced cost-effectively, but the disposal of obsolete products becomes practically a thing of the past”, according to RHIEM Group CEO Dr. Stefan Rhiem. “Companies are in a position to run their businesses in a more efficient, sustainable and also more environmentally-friendly manner”. For the expansion of its media-on-demand activities, RHIEM has invested in new digital printing technologies that enable production based on high-quality digital standards. Along with end-customer business, an increasing number of companies are using the media-on-demand option to have targeted marketing materials produced. For example, a long-standing RHIEM customer has country-specific versions of leaflets, flyers or posters produced and distributed for POS (points of sale) and international training documentation. Marketing managers can put together and send orders in a few mouse clicks via the RHIEM online portal. “Digitally-produced print media allow us to stay up to date and ensure we maintain a consistent corporate design at considerably reduced printing costs“, says Hardy Köhler, Large Account Sales Manager (West) at IBM Deutschland. “The link to media databases automates the workflow from start to finish and delivers variable data. Flexibility with regard to format and materials, along with individual content, enable genuine 1:1 marketing”.About Hardy Köhler IBM Deutschland Large Account Sales Manager (West) Hardy Köhler (46) began his career in IT in 1987 after training as a systems analyst and programmer with NATO in Brussels. He previously held management positions as Head of Marketing and Sales with Eurobase in Dinslaken, CEO and founder of Symantec (Deutschland) GmbH, CEO of R.R.Donnelley, Head of Sales with Lotus Development GmbH before coming to IBM in 1995 when Lotus was acquired. He had occupied a large number of management roles in the software group before changing to the SME sector at the end of 2007. About RHIEM Group RHIEM is an owner-run fulfilment services company with existing company structures in North America, Asia and Europe. Founded in 1958 as a printing firm, today the company has grown into a global service provider and consists of four business divisions: RHIEM Druck (printing), RHIEM Services, RHIEM Intermedia and PPS Solutions. The company’s German headquarters cover an area of over 20,000 m² with a 450-strong motivated workforce. The Group has a further eight bases in Asia and North America. Further details can be found at: www.rhiem.comRHIEM Services GmbH Souvanna Chen Business Development & Sales Gildeweg 10 • 46562 Voerde • Germany Phone +49 (0) 2855 9700-881 Fax +49 (0) 2855 9700-21 Email souvanna.chen@rhiem.com Web www.rhiem.com

10-01-2013 | Fashion, Lifestyle, Trends
RHIEM Services GmbH
RHIEM designs packaging for food taster kits: Cartons full of taste and flavour
RHIEM assists TRY FOODS in launching its business: The packaging and fulfilment specialists based in Voerde design the carton packaging of the food sampling kits of TRY FOODS containing products from all over the world. Voerde, 15 July 2013 – The flavours of the world – that is what Jörn Gutowski, founder of TRY FOODS in Berlin, offers connoisseurs with his carefully crafted food samples. These delicious tasters are now packaged
10-01-2013 | Logistics & Transport
RHIEM Services GmbH
Design, packaging and shipping – Turnkey Fulfilment from a single provider
The RHIEM Group is your one-stop shop for fulfilment services. The company based in Voerde, Germany, provides the cosmetics industry with a full range of packaging, confectioning and shipping services for all types of products – to retailers or end consumers. In addition, RHIEM also manages the backend of cosmetics online shops. Voerde/ Munich: Premiere for RHIEM Group: The packaging and logistics specialist exhibits at a trade show. At the Cosmetic
02-15-2013 | Fashion, Lifestyle, Trends
RHIEM Services GmbH
Cheers – RHIEM develops packaging sets for Berentzen-Guppe AG
Glasses and bottles – RHIEM Group develops standout gift packaging for the Berentzen Group. Voerde, 15 February 2013 – A matching glass for the new mixed drink: consumers like to serve their guests drinks in a special glass or to shine at a party by making a tasteful and practical gift. This is why the Berentzen Group goes for packaging sets that stand out. The drinks manufacturer from Haselünne near Osnabrück
12-14-2012 | Logistics & Transport
RHIEM Services GmbH
From the Cape to the Consumer
RHIEM Group is the fulfillment service provider for online specialist RED SIMON, shipping South African wines to countries all over Europe. Voerde, 03rd December 2012 – RED SIMON is the e-commerce specialist for high-quality wines from South Africa. The name RED SIMON derives from Simon van der Stel, the first Governor of South Africa, who founded the town of Stellenbosch and laid the cornerstone for the South African wine world. South

01-16-2019 | Media & Telecommunications
Coherent Market Insights - Biotechnology
Biochips Market Sales Volume, Sales Price, Sales Revenue Analysis
The global biochips market was valued at US$ 7,026.4 million in 2016 and is expected to witness a robust CAGR of 16.2% over the forecast period (2017 – 2025). Biochips are miniaturized laboratories, which can perform simultaneous biochemical reactions. On the basis of functionality, biochips are classified as DNA chips, protein chips, lab-on-a-chips, and tissue and cell arrays. DNA chips, biochips or DNA microarrays consists of a microscope slide made of
01-16-2019 | Health & Medicine
Coherent Market Insights - Medical Devices Industry
Insulin Pumps Market Sales Volume, Sales Price, Sales Revenue Analysis
Insulin pump is a portable device attached to the body that continuously delivers preset amounts of short or rapid acting insulin in the body to control diabetes. Insulin therapy is required in type 1 diabetes and sometime in type 2 diabetes. It serves as an effective alternative to insulin injections. Furthermore, insulin pump delivers the insulin according to the need of body as basal rate, where small amount of insulin
10-25-2018 | Business, Economy, Finances, B …
Research N Reports
sales@researchnreports.com
Insurance Business process outsourcing (BPO) means to contract certain business functions to specialized outsourcing service providers. These service providers assist insurance carriers to cut down overall costs, that enhances the efficiency and productivity of the firm. It can be defined as delegating one or more business activities to external companies (vendors), which, in turn, administer and manage the selected activity, based on defined and measurable performance criteria. It helps clients
04-09-2018 | Advertising, Media Consulting, …
Research Trades
Global MOSFET Sales Market
“Global MOSFET Sales Market Report" is an expert and in-depth analysis of key business and future development prospects, key determinants and restrictions, profiles of major market players, segmentation and forecasting. The study offers a comprehensive qualitative analysis of the industry's growth parameters, the current state of the market in terms of analysis of key economic situations and macroeconomic analysis. The analysis highlights the growth opportunities of key market segments along
01-10-2017 | Energy & Environment
Magtech Industries
Sales Engineer
Lynxus releases Total Wireless Solution for the lighting industry. Magtech Industries, a Power Supply manufacture and market leader specializing switch mode power conversion, announced the launch of the Lynxus Wireless Solutions, for the IoT. Lynxus Wireless is based in lighting control and has thousands of real-world applications that will deliver value to their customers. As of date, Lynxus has emerged as the only complete solution for lighting control in
01-05-2011 | IT, New Media & Software
ABAS Software AG
abas ERP sales boom
Production-, manufacturing-, distribution companies, and automotive suppliers, selected abas ERP to move towards an economic recovery Karlsruhe, Germany, January 04th 2011 – The IFO Business Climate Index confirms that business development in many industries is again rapidly increasing. In comparison to 2009, ABAS has again seen a significant rise in sales. Especially mid-market custom manufacturers and automotive suppliers seeking technological and organizational changes while moving towards an economic recovery and increasing
Comments about openPR
We publish our press releases on openPR.de because we like people who are "open" - just like us.
Frank Obels, CEO, INCONET - Informationssysteme, Communication und Netzwerkberatung GmbH