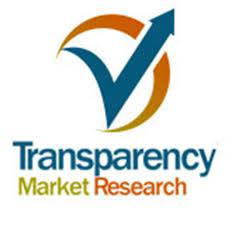 AIDS-related Kaposi’s sarcoma is a type of cancer affecting the cells lining, the blood vessels, or lymph nodes. The cancer usually occurs as tumors on skin or mucosal surfaces. It is characterized by brown, red, or purple tumors on the affected area generally called as lesions. The major factors playing the role in the pathogenesis of the cancer are Kaposi’s sarcoma herpes virus/human herpes virus type 8 (KSHV/HHV-8), altered responses to cytokines, and stimulation of Kaposi’s sarcoma growth by HIV-1 trans-activating protein. It is primarily caused by weak immune system due to HIV infection. The cancer can occur on several parts of the body at the same time. It is common among HIV-positive gay or bisexual men, women who were infected with HIV through sex with bisexual men, and people from communities of Africa. It has eight times higher incidence rate in men than women. The incidence rate of AIDS-related KS has decreased over a period of time due to high awareness about sexually transmitted diseases and use of safety methods. This decrease was accelerated after the introduction of highly active antiretroviral therapy (HAART) and immunotherapies.

Get accurate market forecast and analysis on the AIDS-related Kaposi’s Sarcoma Market. Request a sample to stay abreast on the key trends impacting this market.

The AIDS-related Kaposi’s sarcoma market can be segmented by type of therapy and region. Based on type of therapy, the market can be classified as HAART; local therapies such as radiation therapy, cryotherapy, laser therapy, surgical excision, topical retinoids, and intralesional vinca alkaloid therapy; immunomodulation; and cytotoxic agents such as liposomal doxorubicin (Doxil), liposomal daunorubicin (DaunoXome), Paclitaxel, and oral etoposide (VePesid). Currently, liposomal therapy has shown a significant response due to reduced cardiac toxicity and mylotoxicity, previously reported for doxorubicin and daunorubicin. Liposomal doxorubicin is considered as the first line standard for the treatment of this type of cancer. When combined with HAART, the effectiveness of liposomal doxorubicin is enhanced. Chemotherapy is a highly preferred treatment though it is costly. However, high cost of the therapy is likely to be a restraining factor in some developing and underdeveloped countries. The relation of Kaposi’s sarcoma with AIDS is projected to boost the growth of the antiretroviral therapy market. Interferon Alfa (Intron A) is a highly used drug in the class of immunotherapy agents. The demand for radiation therapy is increasing to get better physical appearance of the patient. Intralesional therapy with vinca alkaloids has limited use where localized skin lesions are observed.

The market for AIDS-related Kaposi’s sarcoma has a large opportunity for development in the near future with the discovery of novel drugs by researchers worldwide. For instance, angiogenesis plays an important role in the development of Kaposi’s sarcoma tumors. Angiogenesis inhibitors are currently being developed and are expected to be a promising therapy for the treatment of the disease in the next few years. The research undergoing at IrsiCaixa Aids Research Institute in Barcelona has increased hopes for complete removal of the virus from the blood. The medication is a combination of two HIV vaccines with anticancer drugs. Targeted therapies such as monoclonal antibodies are under clinical trials which are projected to dominate the market in the near future.

Geographically, the global market is distributed over North America, Latin America, Europe, Asia Pacific, and Middle East & Africa. Among these regions, North America is dominating the market despite having lower number of incidence cases reported. This is attributed to the availability of advance therapies, high rate of diagnosis conditions, and anticipated potential to afford the high cost associated with the treatment. In Africa, the incidence of AIDS-related Kaposi’s sarcoma is significantly high. In the next few years, the market is expected to grow in Middle East & Africa owing to increased prevalence of the disease. Increasing number of regional vendor entries in the market is likely to be observed owing to patent expirations of several blockbuster drugs. Leading companies have opportunities to develop new chemotherapy agents with reduced side effects.