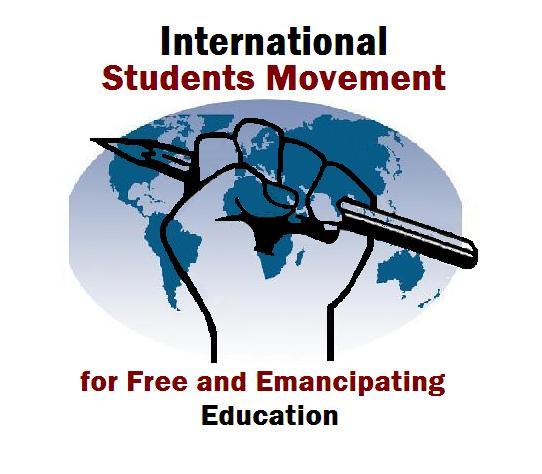 For many years students, teaching and technical staff and parents around the world have been resisting steps towards greater commercialization of public education. Just like every other public sector education systems are being put under increasing pressure to be more efficient and competitive on a global level. Doors are opened for companies and corporations to invest in higher education, tuition fees – once introduced – are sky-rocketing, faculties that are unable to attract enough private sponsors are deemed unnecessary and closed and politics increasingly focus on supporting a few educational institutions, in the hope to create "elite-universities" at the cost of all the other institutions. More and more people ask themselves: Is the public education system still serving the interests of the public, or is the focus shifting to implement education systems that primarily serve private and business interests? In response to these global developments activists – mainly students – in at least 20 countries on 5 continents are preparing an "International Day of Action against the Commercialization of Education" on November 5th. In some countries – such as Israel, Canada, Bangladesh and the Philippines – national unions are involved, in others protests are being organized by student representative councils at single universities or other activist groups involved in social movements. The biggest protests are expected in various cities across Canada and Liberia, as well as in Zagreb (Croatia). Demonstrations, rallies or teach-ins are also planned in Kentucky (U.S. of A.), Düsseldorf (Germany), Buenos Aires (Argentina), Skopje ((f.Y.R.o.)Macedonia), Cairo (Egypt) and London (England). Activists in Ireland, Austria, the Netherlands, France, Turkey, Greece, Spain, Bulgaria, Serbia, Kyrgyzstan and probably Italy as well will also join the others against the commercialization of education around the world on that day. International chat-conferences were organized in advance, where group representatives co-ordinated and planned the day of action and they all agreed to make use of the slogan "One World – One Struggle, Education is NOT for Sale" during the protests themselves. "Greetings of Solidarity" – some "live", others recorded – via Skype or phone are being arranged among various groups around the world for November 5th as well. In the last two weeks alone massive student protests took place in Dhaka (Bangladesh), various cities of Spain, Italy, Israel and Ireland as well as smaller protests across Canada. The "International Day of Action against the Commercialization of Education" will only be the beginning and can be viewed as the first step towards a proper international movement for free and emancipating public education accessible to all! ------------------- You will also find more information on the following website: http://www.emancipating-education-for-all.org And a list summarizing the (student) protests against the commercialization of education around the world in the year 2008 so far: http://fading-hope.blog-city.com/students_protest_worldwide_against_commercialisation_bologn.htm This press release was sent from the initiator of the "International day of action against the Commercialization of Education". The International Students Movement is a lose network of groups from around the world struggling for free and emancipating public education. Mo Gas Geschwister Scholl Str.7 35039 Marburg Germany Email: international.students.movement@gmail.com

03-14-2018 | Associations & Organizations
Transparency Market Research
AR in Education Market -
Augmented reality or virtual reality is facilitating the growth of computing power. This technology can integrate new and trending algorithms of Big Data, Artificial intelligence, and wearable devices, among others. Conglomeration of augmented reality with virtual reality is expected to drive the growth of next generation computing and work as an instinctive edge for Internet of Things (IoT). The adoption of AR in education is likely to gain momentum due
06-21-2017 | Media & Telecommunications
Market and research
Global Private Tutoring Market 2017 Ambow Education, New Oriental, TAL Education …
The Private Tutoring Market 2017 inspects the execution of the Private Tutoring advertise, encasing a top to bottom judgment of the Private Tutoring showcase state and the aggressive scene comprehensively. This report breaks down the capability of Private Tutoring market in the present and in addition the future prospects from different points in detail. The Global Private Tutoring Market 2017 report incorporates Private Tutoring industry volume, piece of the overall
02-08-2012 | Science & Education
Gower Publishing Ltd
Design Education
Design Education encapsulates and analyses the research findings facilitated by the UK based Centre for Excellence in Teaching and Learning through Design. By examining over 40 projects, ranging in focus from design students' use of archives and museum collections to the potential of specific technologies to enhance teaching and learning, Design Education explores aspects of learning and teaching in higher education design subjects, from architecture and 3D design through to
12-24-2011 | Science & Education
Shruti Foundation
World Education - Arts, Sciences and Education Culture
About the WE-ASC Congress The World Education Culture Congress, WE-ASC 2011 adopts a two-pronged approach: 1. To influence the evolving culture of education and educational pedagogy, with the objective of deep systemic change. 2. To examine representation and application of cultural/traditional knowledge and their dissemination in education systems with a view to developing practical solutions and formats for training, application, sustainable development and human empowerment. The current system of education, adopted under colonial rule
03-08-2011 | Science & Education
Cengage Education (Australia)
Cengage Education (Australia)
Cengage Education is a leading Australian distance education provider. Its courses are designed to improve student learning outcomes and engagement. Instructors are also provided with the right teaching tools to maximise student potential. In the educational industry today, a different set of dynamics is placing a gap between administrators, students and instructors. Even as budgets are cut, administrators are expecting instructors to improve learning outcomes. Students are increasingly holding instructors
01-11-2011 | Science & Education
kgsepg
Education And Knowledge Simplified.
When an entrepreneur and a tech-geek come together, it results in ideas never explored before. Deepanker Agarwal, an entrepreneur cum management student form IMT (Ghaziabad) and Gorav Singal, a computer wizard from Amity University (Noida), started sharing their learning of management and computers online. Soon there were feed backs and many people started to share various projects and presentations on the same platform. There were more than 12,000 uploads across
Comments about openPR
We publish our press releases on openPR.de because we like people who are "open" - just like us.
Frank Obels, CEO, INCONET - Informationssysteme, Communication und Netzwerkberatung GmbH