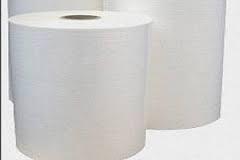 10-30-2017 | IT, New Media & Software
Roobykon Software
Marketplace Platform Advisor Is Here!
We’re very excited today to introduce a brand new tool, created by Roobykon to help you begin the journey of creating your online marketplace: we’re calling it the Marketplace Platform Advisor. The tool takes the form of an interactive questionnaire that guides you through a series of key considerations about your marketplace. Your responses to our questions enable us to give you individually-tailored advice as to which multi-vendor marketplace
01-04-2017 | Business, Economy, Finances, B …
Zetroc Design Media
The Bar Starts Here by Ryan Dahlstrom
About 8 months ago the Nightclub Hall of Fame President Ryan Dahlstrom released a series of training manuals and guides on LinkedIn resulting in over 85,000 downloads in less than a year. Securing the accomplishment of becoming The Most Requested Manuals in the Industry Today. Every week on LinkedIn Mr. Dahlstrom continues to get hundreds of new requests leading him to write and self publish his debut book called; The Bar
11-21-2016 | Advertising, Media Consulting, …
Zetroc Design Media
The Bar Starts Here
Before now there has never been a Holy Grail Book of Business for the Bar Industry. But that is about to change, thanks to Nightclub Hall of Fame President and Certified Bar Expert Mr. Ryan Dahlstrom. "The Bar Starts Here is really like 2 books in one. Although it is an entertaining book about the industry of Bars and my life journey within the industry. It is also an educating and
04-12-2011 | Arts & Culture
Violet Hills Productions
We Are Still Here Debuts
We Are Still Here, the story of Katherine Siva Saubel and the Cahuilla Indians of Southern California, has been acquired by the George Gustav Heye Center of the National Museum of the American Indian at the Smithsonian Institution in New York City. Award-winning playwright and screenwriter Leigh Podgorski adapted the play she created from Mrs. Saubel’s oral history to craft the documentary. The play premiered at the Autry Museum
10-12-2010 | Fashion, Lifestyle, Trends
Luxe Enterprises, LLC
Luxe Enterprises' Spavati Is Now Here!
Atlanta, October 11, 2010 Luxe Enterprises is pleased to announce Spavati Spa Style 100% Microfiber Sheets. Spavati means “to sleep” and these sheets will help you do just that! They are super soft, hypoallergenic, and provide relief for those suffering with sensitive or dry skin. Plus Spavati sheets are affordably priced, 100% recyclable, and make great gifts. All Spavati products are available on-line at www.buysoftsheets.com. While you are
07-16-2010 | Energy & Environment
EngEx, Inc.
Electric Vehicle Charging Stations are Here
Electric cars can soon be driven without the worry of running out of juice. 16 cities within 6 states deploy 15,000 charging stations. On August 5, 2009, ECOtality North America, a subsidiary of ECOtality, Inc. (NASDAQ:ECTY) and a leader in clean technology, was awarded a $99.8 million grant from the U.S. Department of Energy to embark on this much needed EV (Electric Vehicle) project. The project was officially
Comments about openPR
We publish our press releases on openPR.de because we like people who are "open" - just like us.
Frank Obels, CEO, INCONET - Informationssysteme, Communication und Netzwerkberatung GmbH