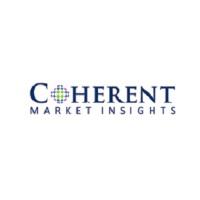 Erythropoietin alfa is widely used to treat anemia and increase the red blood cells count in the body. Erythropoietin drugs are developed in vitro by extracting the erythropoietin from the human body and developing it through the use of recombinant DNA technology. Erythropoietin drugs are also used to treat anemia induced from cancer, multiple myloma and HIV associated anemia. Recombinant DNA technology has allowed researchers to develop synthetic forms of erythropoietin such as epoetin alfa, epoetin beta, epoetin delta and epoetin omega. The erythropoietin drugs market has witnessed strong adoption in the cancer and HIV associated anemia treatment. The erythropoietin alfa biosimilars have gained significant traction in the past two years and the market will witness the introduction of new biosimilars as the existing erythropoietin drugs undergo patent expiration.Growing prevalence of Anemia and introduction of Biosimilar will drive market growth As per the WHO report published in 2011, an estimated 800 million people are affected by Anemia globally with large prevalence observed in Asia Pacific and African region. In U.S., the prevalence rate for Anemia is 5.6% which is estimated to increase in the near future as the rate of cancer witnesses a growing trend. According to the study conducted by India Spend, India has the highest prevalence of Anemia worldwide with 10.6% of YLD’s caused due to disability. Factors such as poor sanitation facilities, lack of healthy diet and poverty are responsible for high prevalence of Anemia in the country. The erythropoietin drugs market has seen a dramatic shift from reference drugs to biosimilar with major pharmaceutical companies such as Amgen, Novartis and Pfizer developing erythropoietin biosimilar. The growth is accounted to the fact that biosimilar are relatively easier to develop and less cost intensive which has increased the adoption rate.Request a sample copy of this report@ https://www.coherentmarketinsights.com/insight/request-sample/214 Europe leads the market and Asia Pacific will witness significant growth Europe is the largest market for erythropoietin drugs market with large patient pool, developed healthcare infrastructure and better reimbursement scenario. The pharmaceutical companies continue to introduce biosimilar in the region to compete against the reference drugs. The drug approval process is less stringent as compared to North America which leads to fast approval of drugs. The mortality rate is 1.2 per 100,000 population for Anemia across Europe. North America is going to be an important market for the erythropoietin drugs industry as the drugs under clinical trials get approval from FDA and key drugs such as Epogen and Aranesp face patent expirationAsia Pacific region is fastest growing erythropoietin drugs market, with countries such as India and China showing lucrative growth. India has the highest prevalence of anemia in the world followed by China. According to study conducted by Stanford University, an estimated180 million people suffer from Anemia in central and eastern China with the old age population more prone to it. The market of erythropoietin drugs will grow significantly as major pharmaceutical companies continue to expand the drug manufacturing process in countries such as India, China and Japan. Factors such as less stringent regulatory scenario and commercialization of erythropoietin biosimilars in the region will drive the market forward.Introduction of new erythropoietin biosimilar will intensify the market competition The key players in the erythropoietin drugs market are Amgen, GlaxoSmithKline, Pfizer, Johnson & Johnson, Novartis, Biocon, Ranbaxy Laboratories and Teva Pharmaceutical ltd. Due to the high cost associated with the development of innovator drugs and the patent expiration of the first erythropoietin drug launched by Amgen, the major players in the market are introducing erythropoietin biosimilar in the market with major focus on darbepoietin alfa drug. Key biosimilar such as NuPIAO, KRN321, ErepoXen and JR-131 are present at various stages of clinical development. The market is consolidated in nature and the key pharmaceutical companies will aim to introduce erythropoietin drugs in under-penetrated markets such as India, China, Japan and U.S. to stay competitive in the market.Get More Details about this Report@ https://www.coherentmarketinsights.com/ongoing-insight/erythropoietin-drugs-market-214About Coherent Market Insights: Coherent Market Insights is a prominent market research and consulting firm offering action-ready syndicated research reports, custom market analysis, consulting services, and competitive analysis through various recommendations related to emerging market trends, technologies, and potential absolute dollar opportunity.Contact Us:Mr. Shah Coherent Market Insights 1001 4th Ave, #3200 Seattle, WA 98154 Tel: +1-206-701-6702 Email: sales@coherentmarketinsights.com Visit Coherent Market Insights Blog @ https://blog.coherentmarketinsights.com Connect with us on LinkedIn @ https://www.linkedin.com/company/coherent-market-insights