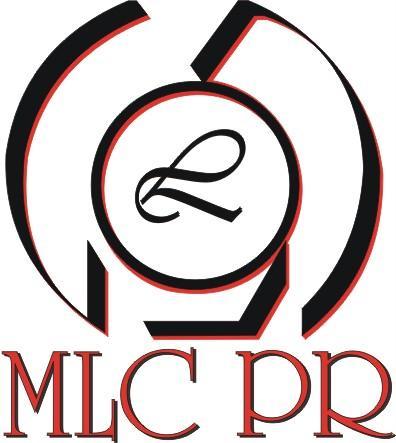 Los Angeles, CA (October 22, 2008) — Mona Loring, president of MLC PR, officially announced today that award-winning singer/songwriter, Colin Armstrong, signed on for her firm’s PR services. Subsequent to passing up a developmental deal with Hollywood Records, award-winning singer/songwriter Colin Armstrong has completed his debut full-length album “Lost and Anonymous,” officially slated for release on January 13, 2009. Produced and mixed by Mikal Reid (Mick Jagger, Ben Harper, Aerosmith, Wang Chung), the album will be distributed online via iTunes, and available for purchase through his label’s website Rithmetic Records.“I really feel as if Colin is the artist the music scene has been aching for,” says Loring of Armstrong. “With songs like ‘Hey Yoko’ and ‘Miss Sympathy,’ he is showcasing that he is a lyrical genius and I know for a fact his talent will continue to be recognized. MLC PR is thrilled to have signed this talented up and coming artist.”Colin's first break came when he won the "BE A STAR" contest on Los Angeles’ leading rock radio station STAR 98.7. The victory landed him a demo deal with Hollywood Records. Although he was excited to garner a development deal with a prominent label, he didn’t feel like the time was right-- he wanted to work on his material. In order to reach his musical goals, Colin knew he had to continue to write, record and hone his skills, gathering the best material possible for his debut album. Since then, Colin's song "Lonely Fall" won “Best Male Vocal” and “Best Song” at the San Diego Music Awards followed by a “Best Pop Vocal” nomination for his song “Hey Yoko” at the Los Angeles Music Awards. His song “In Your Eyes" was also chosen for the top ten finals of the 2007 American Idol songwriter contest. It didn’t end here, early 2008 brought Colin a worldwide publishing agreement with NorthStar Media who placed one of his songs, “Nothing More to Say” on the hit Lifetime network show “Army Wives.”Please visit: www.monaloring.com for info on MLC PR and www.colinarmstrongmusic.com and/or www.myspace.com/colinarmstrong to learn more about Colin Armstrong and his debut release. For more information on MLC PR or for media requests for Colin Armstrong, please contact MLC PR at (818) 706-8080 or contact@monaloring.com.-30-MLC PR is a top-tier public relations firm specializing in literary, lifestyle and entertainment communication services. Our clients include celebrities from TV, film and music, authors and publishing houses, medical professionals, industry experts and various businesses. MLC PR works intimately with clients to provide strategic PR support that helps them achieve their goals. From media placement to media training to red carpet events… we can do it all. Our consistently praised approaches to public relations do more than get you in the news—we build image, elevate status and expose you in countless ways around the nation.COMPANY: MLC PR ADDRESS: 30423 Canwood Street Suite 240 / Agoura Hills, CA 91301 PHONE: 818-706-8080 PRESS CONTACT: Jordyn Borczon, Publicist EMAIL: jordyn@monaloring.com WEBSITE: http://www.monaloring.com

03-01-2019 | Arts & Culture
PR for IMPACT
“Impact” by Colin Arnold is published
ISBN #978-1787197459 “Impact” by Colin Arnold is published An engaging and revealing novel about human interactions and reactions to a tragic motorway accident About the Book: Hoping to save his disintegrating marriage, Edward Poulter brings disaster on himself and many other people by causing a major motorway accident. The physical and practical impact of the crash leads to a sequence of cause and effect which is brought to life in this novel by author
07-06-2012 | Business, Economy, Finances, B …
21st Century Books
Colin Turner's email bullet hits the target for thousands of CEOs
As one of the world’s most respected voices on business and economy, Colin Turner’s hugely popular website is gaining new subscribers to his weekly bullet at an impressive rate by the day. Offering thought-provoking, real-world advice, his weekly mailings have struck a chord with many leading CEOs and senior executives, due to their poignant and relevant content. Just a few paragraphs in length; each email touches on subjects that every CEO and
10-10-2011 | Arts & Culture
Martin Research
Author Colin Martin Announces Release of New Novel - Secondhand God: a paranorma …
One cold day in 2012, Regan Roberts, a loving wife and mother of two beautiful daughters, wakes to find she has a special gift. What start out as parlor tricks and small illusions, quickly blossom into full blown miracles. As the world discovers more about Regan's powers, her ego grows - and so does the fear of the people. What if you knew that one of our citizens possessed the
06-07-2010 | Business, Economy, Finances, B …
Gold Vault Metals
Gold Vault Metals-Broker Spotlight – Senior VP of Trading, Colin Smith
Many people see financial performance charts and go cross-eyed. Not Colin Smith. Colin understands how to read and identify trends and patterns in the precious metals and currency markets, enabling him to better anticipate substantial market movements. Colin has been studying charts and researching factors that affect markets most of his professional life. In addition to his technical skills, Colin also possesses the excellent communication ability needed when
04-13-2010 | Associations & Organizations
SMILE Conference
Microsoft CTO Colin Nurse to Keynote First Social Media in Law Enforcement Confe …
Social Media in Law Enforcement (The SMILE Conference) comes to DC April 7-9, 2010 Washington DC, April 7, 2010 - The first ever social media conference for law enforcement professionals will feature Colin Nurse, Chief Technology Officer: State & Local Government for Microsoft as a keynote speaker. The Social Media In Law Enforcement conference (The SMILE Conference™) is taking place in Washington DC April 7-9, 2010, at the historic 1777 F
12-15-2008 | Leisure, Entertainment, Miscel …
MLC PR
COLIN ARMSTRONG DEBUTS MUSIC VIDEO FOR SINGLE “HEY YOKO” ON LP33.TV
Los Angeles, CA (December 12, 2008)—Award winning artist Colin Armstrong is set to premiere his music video for the single “Hey Yoko” off his debut full length album “Lost and Anonymous” exclusively on the TV-centric music discovery site LP33.TV (www.lp33.tv) Wednesday, December 17, 2008. The video was shot on location in Malibu and Zuma Beach in Southern California, and is directed by Danny Gosser, and produced by Mikal Reid.
Comments about openPR
OpenPR ist the nicest and most clearly laid out PR platform I have seen to this day. The press releases are displayed very nicely and clearly and without any unnecessary frills. The updates are fast and the finished release looks appealing and is clearly legible. Even with 16 years of experience one discovers new things from time to time. Congratulations!
Gabriele Ketterl, Director Marketing & PR, Menads