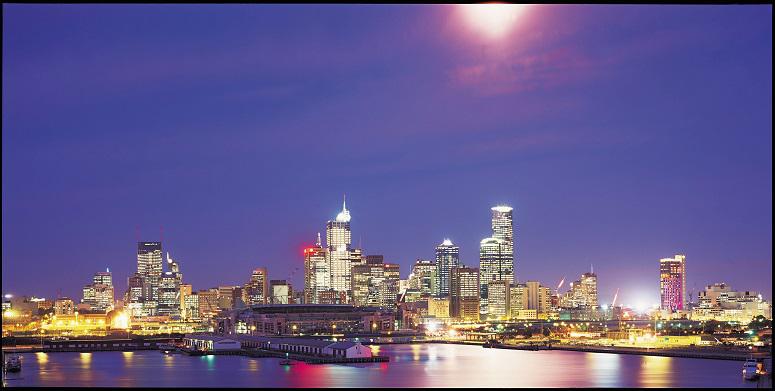 Along with its long-running standing as the world’s most liveable city, Melbourne has claimed the title as the 2017 Intelligent Community of the Year, conferred by the Intelligent Community Forum. Smart lighting plays a crucial role in the city’s smart-enabled landscape with more works now underway to futureproof Melbourne’s lighting domain. Since his presentation at the Australian Smart Lighting Summit 2016, Ironbark Sustainability’s Business Manager Alexi Lynch has seen a plethora of changes in the smart control street lighting domain. Councils have moved beyond the innovator phase of technology adoption to an early adopter phase where more mature discussion can transpire concerning smart lighting controls and smart cities, says Lynch. Public lighting guidelines, policies and strategies set out by councils are increasingly taking into consideration smart city elements, controls and networks with the Federal Government’s $50m Smart Cities and Suburbs Program investment. Technology trials and pilots are underway in most major centres with Victoria leading the way, in an Australian-first, network-wide, smart street lighting system for councils that includes thousands of smart-city enabled LEDs for Melbourne. The City of Ryde is a notable case study as the fourth largest CBD in Australia located in an local government area with residential and city smart controls installed over two years ago. Anthony Ogle is the Asset Systems Manager for the City of Ryde, responsible for the operations of city roads, streetscapes, street lighting, stormwater and local civil infrastructure for the City of Ryde. Since 2002, the City of Ryde has seen public street lighting through public domain upgrades with Multi-Functional Poles (MFPs) by developers as well as underground metered circuits. The Council is currently converting existing MFP’s to LED with smart controls. The work of Dr Fred Watson, Head of Lighting and Environment at the Australian Astronomical Observatory, raises awareness of light pollution concerns associated with LED lighting. Dr Watson will be presenting at the Summit which also plays host to Ironbark Sustainability’s Managing Director Paul Brown among a range of local and international lighting specialists who will profile major developments in the lighting sphere.Following his well-received appearance at the Summit in 2016, Washington DC’s Smart Outdoor Lighting Alliance Executive Director Bob Parks is presenting up-to-date information on quality public lighting design at the 2017 edition of the Summit. Parks showcases real-world examples to emulate, as well as those to avoid. Florida Power & Light is undertaking one of the largest smart street lighting projects in the world. The utility is expected to implement nearly half a million networked energy-efficient LEDs with 75,000 lights already installed. Florida Power and Light’s Principal Lighting Engineer, Joe Hancock, reflects on the challenges in delivering North America’s largest street light control network.Instrumental in the provision of Auckland Transport’s inventory of 105,000 street lights which represent a third of all those in New Zealand, Technical Principal of Lighting Design from New Zealand Opus International Consultants, Andy Collins, delivers a trans-Tasman perspective on energy efficient street lighting. Australia’s premiere symposium on smart lighting, smart cities and the Internet of Things, the 5th Annual Australian Smart Lighting Summit underscores the industry’s commitment to developing innovative and intelligent lighting solutions. The Summit takes place at the Melbourne Convention and Exhibition Centre on the 13th and 14th of September 2017. Please visit: http://www.lightingconference.com.au for more information.About Expotrade Expotrade is a global conference and event organizer with its head office based in Melbourne, Australia. Expotrade has delivered some of the largest, most successful B2B industry conferences and events in the areas of infrastructure, major projects, sustainability, technology & architecture. For almost 10 years, our unique blend of knowledge, experience and flexibility has accomplished an array of consistently top quality events. Today, Expotrade events enjoy such a distinctive edge, they are amongst the best patronised in the calendar. For more information, visit www.expotradeglobal.comSuite 1, Level 1, 2 Brandon Park Drive Wheelers Hill VIC 3150 Australia

10-24-2018 | Arts & Culture
Expotrade
Fostering the Effective Convergence of Light, Space and Design
For the first time ever, Expotrade has diverted from its usual format to bring together the best minds in the lighting, interior design, and architecture fields at the inaugural 2019 Light•Space•Design summit. With plenty of technological and societal shifts rapidly impacting the lighting industry, the summit intends to start a conversation about how best to tackle the practice of architectural lighting design against the backdrop of these changes. Creating human-centric, appropriately-lit spaces
05-28-2018 | Industry, Real Estate & Constr …
Expotrade
The Major Infrastructure Projects Set to Transform the ACT’s Future
Expotrade are thrilled to announce that the ACT Major Projects Conference is returning on the 28th and 29th of August, to showcase some of the territory’s largest and most vital infrastructure projects currently underway, many of which are thanks to the Government’s $2.9 billion investment in the Territory’s Infrastructure Investment Program. The conference will provide key updates on these projects, in an effort to explore not only how infrastructure can positively
08-16-2017 | Industry, Real Estate & Constr …
Expotrade
Cross Yarra Partnership aims to create sustainable stations
The Victorian Government has finally settled on contractors and designs for the $11-billion Melbourne Metro Tunnel project. The consortium responsible for the project development, known as The Cross Yarra Partnership (CYP), will be made up of world-class construction and tunneling contractors including, Lendlease Engineering, John Holland, Bouygues Construction and Capella Capital. Lendlease has previously worked with the Victorian Government on the East West Link, until the project was cancelled in
05-22-2017 | Industry, Real Estate & Constr …
Expotrade
WA Wins in Federal Budget
Western Australia’s Metronet project has received an investment of $1.8 billion from the Federal Budget among a range of infrastructure projects, creating more jobs in the rail and road sectors. With a steep rise in population projected for the State, centred in Perth’s CBD, these crucial infrastructure works will support a growing Perth. The project is expected to alleviate the congestion crisis to meet road and rail commuter demands. The

07-03-2018 | Arts & Culture
Paul Bennett Fine Artist LTD
THE LIGHT & THE DARKNESS
A new series of seascape and landscape oil paintings in Paul’s signature style, inspired by the wilds of Western Scotland and Skye. The work for these shows is based on the drama of play between light and darkness, heavily influenced by trips to Western Scotland and the Isle of Skye. The working process for this new series has been as destructive and creative as the landscapes seen in situ, but as
08-31-2017 | Advertising, Media Consulting, …
Orbis Research
LED Light: 2017 Global LED Light Bulb Market Outlook
Orbis Research delivers key insights on the Global LED Light Bulb Market in a new report titled “Global LED Light Bulb Market Research Report 2017-2022 by Players, Regions, Product Types and Applications.” In this report, Orbis Research sheds light on the various factors and trends impacting market growth over the forecast period (2017 – 2022). Description The Global LED Light Bulb Market report offers a comprehensive evaluation of the Global LED
12-05-2013 | Science & Education
Fraunhofer IAO
Light quality in offices
The Light: Global study gets underway with online user survey Light has a fundamental impact on our sense of well-being and performance. In cooperation with Zumtobel, a supplier of lighting solutions, Fraunhofer IAO has launched a global user survey of lighting quality in offices. The objective is to identify the best lighting conditions for a variety of spaces and lighting situations. As we move through the darker winter months, many people become
10-26-2012 | Sports
Omron Healthcare
Light Improves Athletic Performance
A variety of factors influence athletic performance: Physical fitness and stamina, as well as the manner of nutrition, probably have the most impact. But a new study found another aspect, which had remained widely unconsidered: light. According to the study, the right lighting not only supports a higher capacity of concentration, but also positively influences stamina and performance in sports. Depending on the athlete’s body clock and the time of
08-08-2011 | Health & Medicine
DigiGlyph, Inc.
Cooking Light Done Right
Seattle, WA August 5th, 2011 – DigiGlyph released a new series of cookbooks title Cooking Light Done Right authored by Kristi Rimkus, a healthy cooking blogger who is certified in nutrition and wellness by The American College of Healthcare Science. Each great tasting, healthy recipe comes with easy to follow instructions that include the nutritional value of each meal. The cookbooks are available as an eBook on Kindle & Nook
07-21-2009 | Industry, Real Estate & Constr …
MENTOR GmbH & Co. Präzisions-Bauteile KG
M-TUBE Flex: LED light system with flexible light guide
The M-TUBE is an LED light system designed as a construction set: The flexible light guide can be combined with LEDs in different colors and intensities. In this way it is possible to realize soft ambience illumination as well as illumination and lighting with strong brightness. The light is fed into the light guide from the sides. Inside the light guide it is evenly emitted along the imprinted white reflector line.
Comments about openPR
OpenPR is clearly structured and remains true to its principle of confining itself to the essential parts. OpenPR has proven to be a very good and reliable partner to our media agency: Within the shortest time the releases are online and go down well with the media representatives. The success of OpenPR is reflected in the steadily increasing number of press releases. It is good that OpenPR exists!
Ursula Koslik, Director Marketing & PR, F+W Hamburg