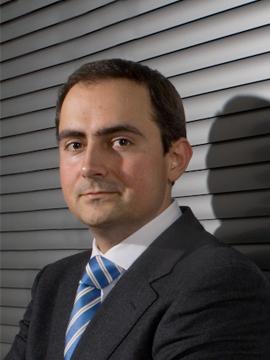 C-BBC joins Greentube´s media partner network around high-quality free download gamesVienna, 21st October, 2008: BBC, one of the world´s leading TV stations and renowned in the industry for its proven interactive competence, has signed a license deal with Vienna-based Greentube AG, a top developer of high-quality free download games financed through in-game advertising. “Mountainbike Challenge 08” was launched within the newly established “Sports Village” section of the C-BBC website, set up for the parallel promotion of games during the Olympic Games in Beijing, China. “Mountainbike Challenge 08” is the flagship game of the “Sports Village” section and has attracted numerous C-BBC visitors since its launch in early August 2008. The game season lasts until the end of October 2008. Eberhard Dürrschmid, CEO of Greentube: ”We are very proud that the BBC has joined the network of global partners around our high-quality games. This further confirms our strategies and honours the work we are doing in constantly improving the concepts and games we are living for. Although we are still a comparably small Austrian company, we have evolved into a major global player for casual online and downloadable multiplayer games within the past 5 years.” Greentube´s series of free download sports games is played by more than 7 million people all over the world and is still expanding. New games will be added to the existing portfolio within the next 12 months and several new media partners have agreed to license the upcoming season of “Ski Challenge” starting in December 2008. www.11prozent.de/deutsch/kunden/greentube.htmlAbout Greentube AG: Greentube AG, located in Vienna, Austria, is among the leading developers and providers of skill games for the Internet, mobile devices, and iTV. Moreover, the company has caused an international frenzy in recent years with its cross-media formats for the PC and TV. Founded in 1997 and owned by a majority stake and managed by the original team, the 75 employee-strong company has since delivered a collection of well-know portals and gaming websites with skill gaming technology. Greentube is expanding globally, the focal point being the development of individual gaming portals that match the look and feel desired by their customers. In March 2008, Greentube was awarded the Golden “European Seal of eExcellence” by the European Multimedia Forum. Further details can be found at www.greentube.com.PR-Agentur, 11 Prozent Communication, Angelique Szameitat Tel.: +49 (0) 8122 / 955 - 625, Fax: +49 (0) 8122 / 955 - 627 E-Mail: a.szameitat@11prozent.de, Internet: www.11prozent.de

02-07-2013 | Advertising, Media Consulting, …
BBC
BBC Recognizes Newly Promoted Assistant Managing Partner Amber French
BBC, Inc., an Atlanta based sales and marketing firm, is excited to introduce our newly promoted Assistant Managing Partner, Amber French. After demonstrating unparalleled determination, enthusiasm, and a true regard for the goals and interests of others, on Monday, February 4th, 2013, Amber French was officially promoted to Assistant Managing Partner at BBC. Friends, family, and co-workers joined the celebration Monday morning. Amber was born in Minnesota and
11-29-2012 | Science & Education
Musicline School Musicals
Musicline School Musicals are on the BBC
Musicline School Musicals, a musical stage works publisher, has featured in the Pearson Teaching Awards with their popular show, Pirates of the Curry Bean. The Teaching Awards recognise excellence in teachers, using a panel of independent judges to sift through thousands of candidates and choose particularly outstanding finalists. The swashbuckling musical adventure, Pirates of the Curry Bean, can be viewed around 26 minutes in as the children of Weston All
10-10-2012 | Business, Economy, Finances, B …
BBC
BBC Announces New Assistant Managing Partner
[Atlanta, Georgia] (September 4, 2012) – BBC, Inc., an Atlanta based sales and marketing firm, is excited to introduce our recently promoted Assistant Managing Partner, Meredith Noulis! After a week-long celebration, on Friday, September 28, our top Business Account Consultant, Meredith Noulis, was officially promoted to Assistant Managing Partner at BBC! Friends and co-workers joined the celebration Friday morning. As a child growing up
10-05-2011 | Business, Economy, Finances, B …
Alternative Asset Analysis
AAA Supports BBC Report On Impact Investing
Boston, MA, USA, October 05, 2011 -- People living below the poverty line in India could benefit as a result of impact investing, according to Alternative Asset Analysis (AAA) and a new report by the BBC. AAA has said that the new report from the BBC concludes that impact investing is a useful means of helping more of the world's poor work their way out of poverty and into the middle
11-30-2010 | IT, New Media & Software
Postcode Anywhere
Postcode Anywhere Processes 45,000 Donations For BBC Children in Need
Charity uses rapid addressing technology to process over 33,000 payments on the night of the appeal Worcester, UK – 29 November 2010 – BBC Children in Need raised over £18m in this year’s broadcast event, with help from address auto-fill and validation technology supplied by Postcode Anywhere. The address software, which was supplied free of charge, allowed donors to auto-complete an entire postal address from just the postcode. It was anticipated to
03-13-2008 | IT, New Media & Software
User Vision
User Vision selected by BBC's Innovation Labs
User Vision, one of Europe’s leading usability specialists, has won a place in the BBC’s Innovation Labs. User Vision, in partnership with their associate Jonathan Marshall, is one of 40 companies to be selected from 250 applications. The Innovation Labs are a series of creative workshops for interdisciplinary teams of independent new media and technology companies from across England, Scotland and Wales. User Vision has been selected to take part
Comments about openPR
We publish our press releases on openPR.de because we like people who are "open" - just like us.
Frank Obels, CEO, INCONET - Informationssysteme, Communication und Netzwerkberatung GmbH