Properly preparing a will 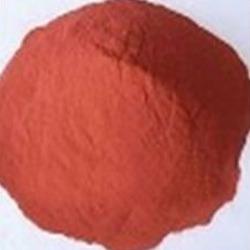 There are clear rules in Germany determining who will inherit. In the absence of a will or contract of inheritance, the rules of intestate succession apply. In that case, the first to inherit are the spouse or civil partner and one’s own children.A lot of people put off thinking about what they want to happen with their estate after their death and in so doing forgo preparing a will or contract of inheritance. This means that the rules of intestate succession automatically apply. The first to inherit under these circumstances are the spouse or civil partner as well as the children and, as the case may be, the grandchildren if one’s children have already passed away. If there is no partner or children, the estate goes to one’s relatives in accordance with the degree of kinship, i.e. in the first instance to the testator’s parents or siblings.GRP Rainer Rechtsanwälte notes that if the rules of intestate succession do not correspond with the testator’s wishes, he can draft a will or contract of inheritance and personally designate his heirs in due consideration of the relevant legal provisions, such as those pertaining to the compulsory portion. Notwithstanding this, there are other reasons why preparing a will might be a good idea, e.g. in order to make optimal use of tax allowances or prevent disputes from arising among the heirs.Particularly in cases involving communities of heirs, it is not uncommon for things to come to disagreements. While the cash assets can be distributed easily pursuant to proportional rights to the inheritance, disputes frequently break out concerning what is to become of any property, jewellery or other valuables. One of the heirs might prefer to sell the property, whereas the other would rather make personal use of it. The testator is able to set out in a will which heir is to receive which part of the estate. To this end, it is necessary to include as detailed an itemized list as possible in the will.Couples without a marriage certificate should also give thought to drafting a will in good time. If one of the partners dies, the other is not entitled to anything under the rules of intestate succession and will thus be left empty-handed. This has a particularly dramatic impact if, for instance, the couple acquired real estate together and a portion then goes to the legal heirs.It is therefore advisable in many cases to concern oneself with preparing a will or contract of inheritance at an early stage. In doing so, the testamentary dispositions can be implemented in a way that most closely matches the wishes of the testator and is optimal from a tax perspective. Lawyers who are experienced in the field of succession law can advise accordingly.https://www.grprainer.com/en/legal-advice/private-clients/law-of-succession/last-will-and-testament.htmlGRP Rainer LLP www.grprainer.com/en/ is an international firm of lawyers and tax advisors who are specialists in commercial law. The firm counsels commercial and industrial companies and corporations, as well as associations, small- and mid-sized businesses, self-employed freelancers and private individuals worldwide from offices Cologne, Berlin, Bonn, Dusseldorf, Frankfurt, Hamburg, Munich, Stuttgart and London UK.Contact Michael Rainer Lawyer, Managing PartnerGRP Rainer LLP Gürzenich-Quartier Augustinerstraße 10 50667 Cologne GermanyPhone: +49 221-27 22 75-0 info@grprainer.com www.grprainer.com/en

11-22-2017 | Politics, Law & Society
GRP Rainer LLP
GRP Rainer Rechtsanwälte – Experience in establishing companies
Choosing the right corporate form when establishing a company can contribute a great deal to the economic success of the business. We at the commercial law firm GRP Rainer Rechtsanwälte advise numerous businesses on company formation and takeovers as well as in the event of a change of partners or shareholders. In our experience, the partners or shareholders frequently neglect one critical point amidst all the euphoria: choosing the right corporate
11-17-2017 | Politics, Law & Society
GRP Rainer LLP
OLG Köln: Will written with non-dominant hand valid
It is possible for a will to be valid even if it was written with the hand one does not normally write with. That was the verdict of the Oberlandesgericht (OLG) Köln [Higher Regional Court of Cologne] in its ruling of August 3, 2017 (Az.: 2 Wx 149/17). In addition to preparing a notarized will, a testamentary disposition can also be handwritten. To this end, the will needs to be written
11-13-2017 | Politics, Law & Society
GRP Rainer LLP
OLG Köln: Only serious misconduct justifies withdrawal from contract of inherit …
Apart from a will, it is also possible to prepare a contract of inheritance as a way of organizing one’s estate. It should be noted, however, that a contract of inheritance has a significantly stronger binding effect. In the absence of a will or contract of inheritance, the rules of intestate succession apply automatically following the death of the testator. If these run contrary to the testator’s wishes, a testamentary disposition
11-09-2017 | Politics, Law & Society
GRP Rainer LLP
Commercial agent’s claim for compensation following voluntary termination
A commercial agent may even be entitled to compensation if he or she voluntarily issues notice of termination. However, the company’s conduct needs to give rise to legitimate grounds for termination for this to happen. When a commercial agency agreement is brought to an end, the commercial agent often has a right to compensation. This is because the company in a lot of cases continues to profit from the client contacts

07-13-2017 | Advertising, Media Consulting, …
ReportsWeb
Luxury Goods in Germany
Luxury goods enjoyed further positive growth in Germany in 2016, with volume and value sales increases seen in all nine categories covered by Publisher. The highest overall growth was seen in the rather young category of luxury portable consumer electronics, while the slowest growth was reported in the rather old-fashioned category of luxury writing instruments and stationery. Ultimately, the current value growth rate registered across luxury goods in 2016 was
06-08-2017 | Business, Economy, Finances, B …
ReportsWorldwide
Agrochemicals Market in Germany
ReportsWorldwide has announced the addition of a new report title Germany: Agrochemicals: Market Intelligence (2016-2021) to its growing collection of premium market research reports. The report “Germany: Agrochemicals: Market Intelligence (2016-2021)” provides market intelligence on the different market segments, based on type, active ingredient, formulation, crop, and pest. Market size and forecast (2016-2021) has been provided in terms of both, value (000 USD) and volume (000 KG) in the report. A
12-07-2016 | Business, Economy, Finances, B …
ReportBazzar
Packaged Food in Germany
Summary Retail value sales of packaged food continued to grow in Germany in 2016, as was the case in all years of the review period from 2011 to 2016. The last time a decline took place was in the context of the global economic and financial crisis and the following recession in 2010. In the context of the review period as a whole, the 2016 development was slightly below average, although
11-10-2016 | Health & Medicine
Industry Research
Laparoscopes Market 2016 - Stryker (USA), Henke-Sass Wolf (Germany ), Aesculap ( …
Laparoscopic surgery uses a special instrument called the laparoscope. The laparoscope is a long, slender device that is inserted into the abdomen through a small incision. It has a camera attached to it that allows the obstetrician–gynecologist (ob-gyn) to view the abdominal and pelvic organs on an electronic screen. If a problem needs to be fixed, other instruments can be used. These instruments usually are inserted through additional small incisions
11-05-2008 | Science & Education
educationconsult
MBA - Market Germany
The MBA degree is becoming increasingly more important for career opportunities of young professionals and managers in German- speaking countries. Simultaneously, there is a wide variety of MBA programs and it is strenuous to find the exact program desired. Educationconsult is glad to give you a short overview regarding the German MBA-market. Fact sheet 2009: • 72 University and 130 Universities of Applied Sciences (Fachhochschule) in Germany offer traditional Business Degrees (Diplom,
10-25-2007 | Science & Education
Sprachinstitut TREFFPUNKT
How safe is Germany?
A few weeks ago, alarmist coverage of a fight which took place during a festival in the small town of Mügeln (Saxony) was featured in newspapers throughout Germany. The incident consisted of a violent confrontation between Indians and Germans, resulting in speculation that the fight was racially motivated. Since then the question of whether Germans are racist or xenophobic has once more been the subject of vigorous discussion. However, Germany is
Comments about openPR
9 o'clock: discuss press release with client, 10 o'clock: submit release to openPR, within the briefest possible time release is published and displayed in a prominent place on openPR.de. I am thrilled!
Zehra Spindler, Calypso Now! - Communication Agency