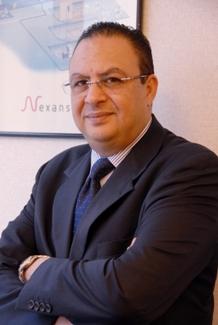 The company plans to showcase its ground-breaking LANmark 6A, 7A and LANsense Next Generation Analyser and meet customers and channel partners at the Middle East’s largest ICT event.Dubai, United Arab Emirates, October 16, 2008: Nexans, the worldwide leader in the cabling industry, announced that it is participating in Gitex Technology Week 2008 in a much bigger way this year. The leading cabling solutions vendor is planning to launch new products, promote its green technology solutions and showcase its latest LAN products such as LANmark 6A, 7A and LANsense Next Generation Analyser at the leading technology exhibition in the Middle East. The company will also be looking at signing new channel partners and meeting current and potential customers at mega ICT event. “The Middle East region is very important for us and Gitex, being the largest ICT event in the region, is an ideal platform to demonstrate our leadership in the LAN infrastructure products space. We received great response from our participation last year and hence this year we are looking forward to participating in a much bigger way,” says Mr. Tarek Helmy, Regional Director Gulf & Middle East, Nexans Cabling Solutions. “At Gitex this year, we plan to launch new products, create awareness of our latest LANmark 6A (Augmented Cat6) and LANmark 7A (Augmented Cat7) solutions that have been recently defined by Cabling Standards Organizations. In addition, we shall be demonstrating the new features of our LANsense Next Generation Analyser. We are also looking forward to aggressively promoting our green technology solutions and signing new partnerships this Gitex,” Mr. Helmy adds.Nexans offers a wide range of solutions that fit the customers’ present and future needs. The company will be showcasing its revolutionary concepts in copper cabling technology – the LANmark-6A and -7A range, which it launched recently. LANmark-6A is an ideal solution for modern data centres, which are already facing severe space constraints with long and heavy cables and LANmark-7A is the first solution in the world to offer a channel capacity of up to 50 Gigabit and high frequency support up to 1000 MHz bandwidth.Nexans will also host Global Experts from the company to conduct live demonstrations on its latest enterprise LAN infrastructure, data center solutions, remote branch networks, smart building / converged IP applications and its complete solutions for emerging technologies such as Wireless LAN (WLAN), and Power-over-Ethernet (PoE).At Gitex Technology Week 2008, Nexans plans to demonstrate its commitment to the Middle East market by showcasing its latest and best technologies and recruiting new resellers to expand its channel network in the region. Nexans will be exhibiting at Hall No. 1, Stand: B-45 at Gitex Technlogy Week. Senior Global Executives from Nexans will be present at the stand to meet up with delegates at the event.About Nexans With energy as the basis of its development, Nexans, the worldwide leader in the cable industry, offers an extensive range of cables and cabling systems. The Group is a global player in the infrastructure, industry, building and Local Area Network markets. Nexans addresses a series of market segments from energy, transport and telecom networks to shipbuilding, oil and gas, nuclear power, automotive, electronics, aeronautics, handling and automation. With an industrial presence in more than 30 countries and commercial activities worldwide, Nexans employs 22,000 people and had sales in 2007 of 7.4 billion euros. Nexans is listed on Euronext Paris, compartment A. More information on http://www.nexans.com/Press contacts Nirmala D’souza PR Consultant OAK Consulting FZC +971507343840 nimi@oakconsulting.biz