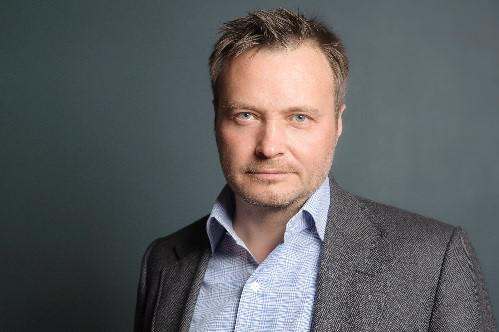 Moscow, June 8th 2017 - Dmitry Korobkov, Chairman of the Board of ADV (Russia’s biggest communications group) becomes its CEO once again.

Previously Dmitry had left operational management to study digital markets and innovative approaches in communications. For the recent couple of years he has been active as a venture investor and mad tech entrepreneur in various startups, including London-based CognitionX, Attest, Action.AI as well as others. He also holds advisory positions in several international business accelerators such as Seedcamp or Collider.io.

‘New technologies are reshaping all the markets. The ways of reaching the audience and interacting with it, delivering content and analytics are changing dramatically. Being one of the most ‘innovation-sensitive’ fields, advertising should adapt to these changes as fast as it can’, says Dmitry. He stated his return to operational management was inevitable because not only business processes should be revised but the overall understanding of the advertising industry.

Kirill Korobeynikov, the former CEO and Member of Advisory Board, will keep working as a business development and key account executive.

You can find some pictures here.

Dmitry Korobkov was born in 1969. He has graduated from Moscow State Institute of International Relations and holds MBA degrees from INSEAD and London Business School. In 1994 he founded the Adventa creative agency which grew up to become a group of 40+ companies. Dmitry has also created a Marketing Communications School at Moscow State Institute of International Relations, several public entities such as Russian Social Advertising Alliance and his own charity fund. Dmitry lives between London and Moscow, he is married and has four children.

ADV is Russia’s biggest communications group uniting more than 40 agencies operating on the advertising markets of Russia, Ukraine, Kazakhstan, Belarus, Uzbekistan and Azerbaijan for 20 years. It was founded in 1995 by Dmitry Korobkov.

ADV unites over 40 communications agencies, both independent and those representing major international advertising holding companies The Interpublic Group of Companies (NYSE: IPG) and Havas. Subdivisions of international networks don't depend on each other but they realize common purchasing function and can consolidate on behalf of their clients.

The ADV team is made up of over 2,200 talented people: both experienced experts in marketing communications and young ambitious specialists brimming with unconventional solutions and creativity. ADV expertise includes all existing advertising disciplines.

ADV is one of the ‘global growth’ companies according to the World Economic Forum. Its revenue in 2015 financial year was RUR 28,66 bln.

10-09-2020 | IT, New Media & Software
Xenoss
Xenoss to participate at AdExhanger's Programmatic I/O 2020
Xenoss, MarTech software consulting and development company, will be participating in the annual AdExhanger's Programmatic I/O conference. This event attracts thousands of leading experts in the AdTech industry, publishers, advertising agencies, and marketing executives. Programmatic I/O 2020 will be held virtually for six days: Oct. 5, 7, 13, 15, 19, and 21. This year's summit will focus on several areas such as Programmatic Essentials for Buy and Sell Sides, Identity & Data,
08-16-2016 | IT, New Media & Software
Animatron
Animatron Releases Animated Political Set
Animatron, an online animation maker, has just released a new set of animated political front-runners, figureheads, celebrities, media minds and stereotypes. The set includes over 50 characters, props and backgrounds, all of them strikingly resembling real life figures. Of the company’s recent release, Animatron CEO Dmitry Skavish said, “We are very excited about this new addition to the Editor. The 2016 US elections have been very controversial so far. We want
05-31-2016 | IT, New Media & Software
Tibbo Technology Inc.
APAC CIO Outlook Recognizes Tibbo as one of the World’s Most Promising IoT Sol …
Tibbo, a leading manufacturer of IoT devices and intelligent device management software, has been named as one of the world’s 25 most promising IoT solutions providers by the APAC CIOoutlook magazine. APAC CIO Outlook is a printed publication that aims to provide a platform for CIOs, CTOs and other senior-level IT buyers and decision makers, as well as CXOs of solution providers, to share their experiences, wisdom and advice with
01-28-2016 | Arts & Culture
Infotecs GmbH
Infotecs invites everyone to follow the "Signs & Symbols" with a new book by Jan …
Helsinki, October 08, 2015 – Infotecs announces a release of a new book by Dmitry Sokolenko and Jan Neva, which will officially be introduced and launched on the presentation in University of Helsinki, Tuesday, October 20, at 5:00 - 7:30pm. Dmitry Sokolenko, co-author of the book, is not just an amazing artist, but also a very unique person, which is the reason why his artworks truly stand out. Dmitry holds
09-30-2013 | Business, Economy, Finances, B …
The Woo Group
The Woo Group Expands Russian Equities Research Department
The Woo Group is pleased to announce three key Russian hires as it continues to expand its core research capabilities and bring the best investment opportunities and research offerings to its clients. The expansion in Russian equity research represents The Woo Group commitment to developing revenue streams in emerging markets with substantial growth potential. The new hires will be leading research into the Russian banking, mining and consumer sectors. The Woo
04-27-2010 | IT, New Media & Software
N-iX
N-iX is Taking an Active Role in Students’ Learning
LVIV, Ukraine – April 23, 2010 – Vice President of N-iX, Ukrainian IT outsourcing provider of software solutions and engineering services, has conducted lecture at the Ivan Franko University of Lviv on April 21. First lecture supported by Lviv IT-BPO Cluster has taken place at Ivan Franko National University of Lviv on April 21, 2010. Speaker, Dmitry Kosaryev, the Vice President of N-iX, software development company, introduced material about the leading
Comments about openPR
OpenPR ist the nicest and most clearly laid out PR platform I have seen to this day. The press releases are displayed very nicely and clearly and without any unnecessary frills. The updates are fast and the finished release looks appealing and is clearly legible. Even with 16 years of experience one discovers new things from time to time. Congratulations!
Gabriele Ketterl, Director Marketing & PR, Menads