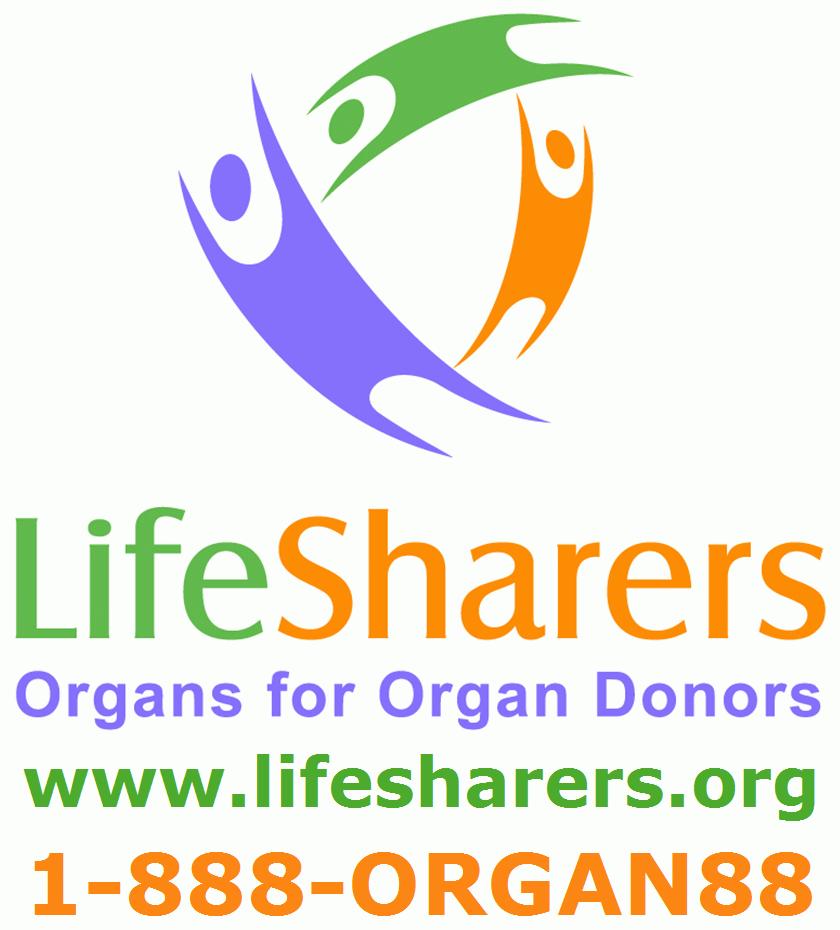 LifeSharers urges ‘A’ list for organ donors, ‘B’ list for non-donors. NASHVILLE, Tenn. – The waiting list for organ transplants in the United States has topped 100,000 people. America needs two transplant waiting lists, according to LifeSharers, a national network of organ donors: the ‘A’ list for registered organ donors and the ‘B’ list for people who have not agreed to donate. As of 5:14 p.m. on October 7, there were 100,024 people on the national transplant waiting list, according to the United Network for Organ Sharing, which administers the waiting list and establishes rules for allocating donated organs. “If UNOS allocated organs first to registered organ donors, more people would donate and thousands of lives would be saved every year,” says David J. Undis, Executive Director of LifeSharers. He suggests that UNOS should make this announcement: “Over 100,000 Americans are now waiting for organ transplants, and more than half of these people will die waiting. Just about everyone would accept a transplant if they needed one, but only about 50 percent of Americans have agreed to donate their own organs when they die. So beginning on July 1, 2009, UNOS will establish two waiting lists for transplant recipients. The ‘A’ list will be for people who have been registered organ donors for at least six months and for infants less than six months old who were registered as organ donors at birth. The ‘B’ list will be for everyone else. All organs will be allocated first to people on the ‘A’ list. Organs will be made available to people on the ‘B’ list only if not needed by any registered organ donor.” “In response to this announcement, just about everyone in the United States who was not already a registered organ donor would register,” adds Mr. Undis. “The supply of transplantable organs would go way up, and thousands of lives would be saved every year. Very few people would refuse to donate their organs when they died if they knew it would reduce their chances of getting a transplant should they ever need one to live.” Every year, Americans bury or cremate 20,000 transplantable organs. And every year, over 8,000 Americans die because there aren’t enough organs for everyone who needs one. Allocating organs first to organ donors will also make the transplant system fairer. “It is a fundamental issue of fairness that people who agree to donate organs should get priority if they need one,” says Steve P. Calandrillo, Professor at the University of Washington Law School. “Thousands of people are dying needlessly every year -- not because life-saving organs don't exist, but because we don't incent people properly to make them available in the first place.” People who want to donate their organs to other organ donors don’t have to wait for UNOS to change its allocation rules. They can join LifeSharers. LifeSharers members agree to offer their organs first to other members when they die, if any member is a suitable match. Membership is free at www.lifesharers.org or by calling 1-888-ORGAN88. There is no age limit, parents can enroll their minor children, and no one is excluded due to any pre-existing medical condition. THE ORGAN DONOR SHORTAGE IN THE UNITED STATE According to UNOS statistics: • Every year about 7,000 people are removed from the national transplant waiting list because they died waiting. Another 2,000 are removed because while they were waiting they became too sick to undergo transplant surgery. • In 2007, there were 28,358 organ transplants in the United States but 48,405 people were added to the transplant waiting list. • The UNOS transplant waiting list has grown steadily. On October 1 three years ago, there were 89,542 people on the waiting list. • In the last 10 years, about 85,000 people have died because there aren’t enough organs to transplant. Only about 50% of adult Americans are registered organ donors. About 50% of the organs that could be transplanted from potential diseased organ donors are buried or cremated instead. ABOUT LIFESHARERS LifeSharers is a 501(c)(3) non-profit network of organ donors. Membership in LifeSharers is free and open to all. LifeSharers does not discriminate on the basis of race, color, religion, sex, sexual orientation, national origin, age, physical handicap, health status, marital status, or economic status. Since its launch on May 22, 2002, LifeSharers has attracted 11,748 members, including members in all 50 states, the District of Columbia, and Puerto Rico. The LifeSharers web site is at http://www.lifesharers.org. LifeSharers 6509 Cornwall Drive Nashville, TN 37205 Contact: David J. Undis daveundis@lifesharers.org phone 615/351-8622

07-25-2019 | Health & Medicine
QandQ Market Research
Organ Transplantation
Organ Transplantation Market describes its growth, size, share, Forecast and trends to 2025 Organ Transplantation Market Production and Demand Analysis 2019 to 2025 Organ Transplantation Market 2019 Manufacturing Analysis and Development Forecast 2025 Organ Transplantation Market 2019: Recent Study Including Growth Factors, Regional Drivers, Forecast 2025 Organ Transplantation Market to Insight By 2025: Top Key Vendors Organ transplantation is a medical procedure in which an organ is removed from one body and placed in the
06-17-2019 | Advertising, Media Consulting, …
QandQ Market Research
Organ Transplantation
Global Organ Transplantation Forecast 2019-2025 Organ transplantation is a medical procedure in which an organ is removed from one body and placed in the body of a recipient, to replace a damaged or missing organ. The donor and recipient may be at the same location, or organs may be transported from a donor site to another location. Organs and/or tissues that are transplanted within the same persons body are called autografts.
12-18-2018 | Health & Medicine
Market Research Globe
Organ Care System Market Competition, Overview with Major Eminent Vendors: Trans …
A new and latest research report proposed by Market Research Globe renders a market summary of the Organ Care System Market industry. This widespread analysis comprises of market potentials and challenges, scope of product, sales volume, market revenue, distributors and Porter's Five Forces Analysis, estimates and rate of growth. This report focuses on the global Organ Care System status, future forecast, growth opportunity, key market and key players. The study
11-15-2018 | Advertising, Media Consulting, …
HTF Market Intelligence Consulting Pvt. Ltd.
Organ Preservation Market Size, Status and Forecast 2022 | Baxter, Anaximandre, …
HTF MI recently introduced Global Organ Preservation Market study with in-depth overview, describing about the Product / Industry Scope and elaborates market outlook and status to 2023. The market Study is segmented by key regions which is accelerating the marketization. At present, the market is developing its presence and some of the key players from the complete study are Biolife Solutions, Baxter, Anaximandre, Dr. Franz Kohler Chemie, CryoLife, 21st Century
10-24-2017 | Health & Medicine
MarketResearchReports.biz
Artificial Organ Bank Market, Artificial Organ Bank Industry, Global Artificial …
Latest industry research report on: Global Artificial Organ Bank Market : Industry Size, Share, Research, Reviews, Analysis, Strategies, Demand, Growth, Segmentation, Parameters, Forecasts Organ necessity is surpassing the supply of donated organs. Even today there are loads of patients waiting for organ transplant but not everyone can get it done due to the low supply of organ transplant.According to the American Transplant Foundation in United States about 123,000 patients are waiting
06-01-2017 | Health & Medicine
Transparency Market Research
Organ Transplant Immunosuppressant Drugs Market: Rising Organ Replacement Therap …
Organ transplantation is slowly emerging as an effective method for the treatment of end-stage organ failure. Due to the increasing incidence of chronic ailments, the demand for organ replacement has risen considerably around the world. This subsequently fuels demand for advanced immunosuppressant drugs to prevent organ rejection post transplantation. Despite recent advances in medical science, post-operative complications are still a major challenge that the global organ replacement immunosuppressant drugs market needs
Comments about openPR
Your portal is fast, simple, and easy to use. Others may have more functions but they also demand more editing time, you have to preformat the text in order to achieve a good result etc. I think openPR is really fantastic!
Andreas Knepper, wallmedien AG