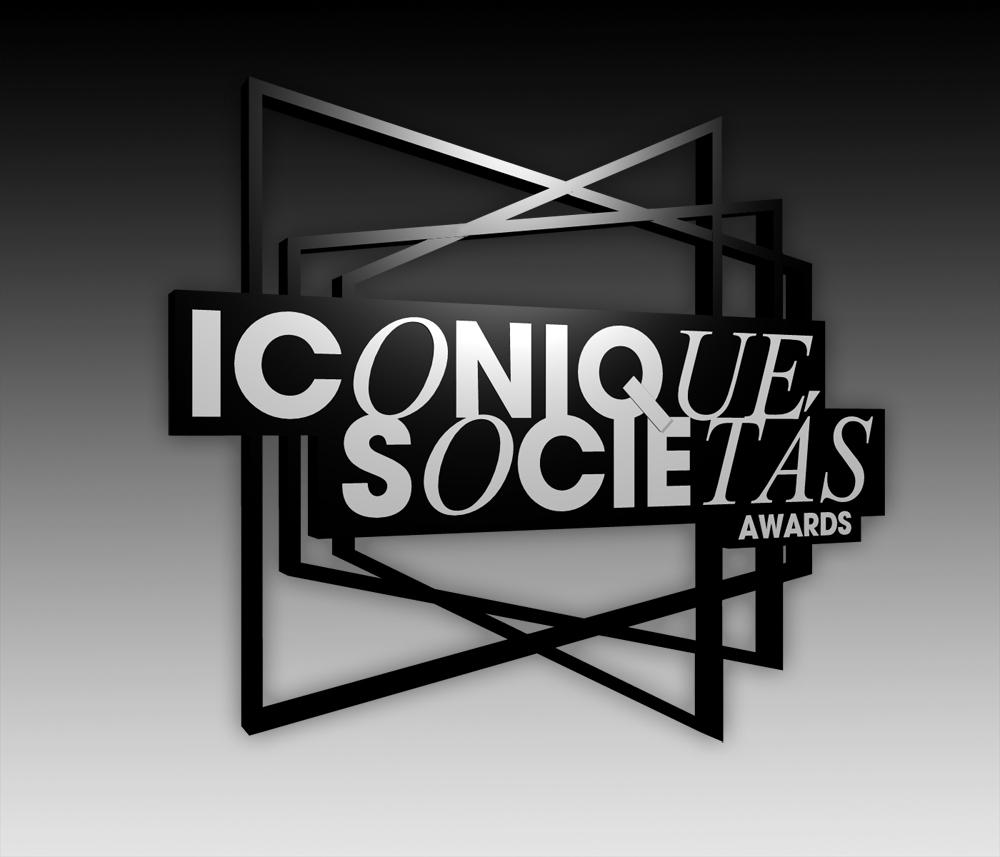 Launched in 2007 by award-winning Dutch creative director and publisher of influential fashion zine Iconique, Joost van Gorsel and founder and CEO of progressive creative think tank and agency Societás, Melissa Sterry - the ‘Iconique Societás Awards’ bring the global spotlight to the best emerging and most influential talent working in the fashion visual arts. Having launched as the ‘Iconique Societás Excellence in Fashion Photography Awards’ in 2007, the awards were re-branded as the ‘Iconique Societás Awards’ earlier this year after the addition of a new prize category for fashion illustration, created in recognition of the surge of new talent working in the genre internationally. The awards jury includes an international collective of influential creatives including acclaimed Dutch photographer Ari Versluis, maverick fashion designer Arkadius who was once dubbed ‘mad, bad and dangerous’ by Colin McDowell, Brit milliner Louis Mariette – credited as one of the 250 most influential creatives in the world by I-D Magazine, award-winning New York designer Natalia Allen who won the Parson’s Designer of The Year Award in 2004 and who has worked with amongst other brands Donna Karan - LVMH, Saks Fifth Avenue, Dupont and Quiksilver as a design innovation consultant, owner of the UK’s much acclaimed ‘The Illustration Gallery’ - Oliver Jelf who is known for championing the best contemporary illustrators, McCann Group’s Head of Brand Innovation and award-winning brand director Justin Champney, CEO of Stylenoir and publisher of The Black Book of Fashion and Art James Mills, National President of the Society of Graphic Designers of Canada - Rod Roodenburg, Cypriot fashion designer, filmmaker and publisher of cult fashion blog "Un nouVeau Ideal" Filep Motwary, top stylist and regular contributer to Italian Vogue Michael Dye and awards founders Joost van Gorsel of Iconique and Melissa Sterry of Societás. Stylenoir has joined forces with Iconique.com and Societás to lend its support to the ‘Iconique Societás Awards’ as media partner. Known for supporting emerging talent and tracking directional trends across both its online magazine and in its publication The Black Book of Fashion and Art, Stylenoir will be covering the awards and giving coverage to the winning entries, which will also be covered in Iconique.com as a podcast and editorial. Winners work will also feature in an animated fashion editorial published on Iconique and on podcast. Last year’s awards gained global coverage and entries from fashion creatives in the UK, EU, US, Asia and beyond. Iconique and Societás plan to extend the award categories yet further in 2009 – to embrace the full spectrum of the fashion visual arts, including fashion filmmaking, fashion styling and fashion spatial design. Iconique Fashion Magazine – Founded in 2000 by Joost van Gorsel, Iconique's distinctive look and content has made it a favourite among fashion lovers all over the world. The website has won several web awards, appeared in books and has been published in numerous magazines and was recently voted one of the top ten online fashion magazines in the world. The best of Iconique (Excess: In here life is beautiful) was also shown in the Dutch Boijmans Museum in 2005 during ‘Project Rotterdam’. Iconique is one of the organizations behind the successful stock sample sales ‘Mode Marché’ and is recognised as one of Europe’s most cutting edge and progressive online magazines. Societás – Breaking away from conventional business thinking, rather than working to a vertical market within the creative sphere, Societás brings together the creative fields, uniting all aspects of communication and business development. Fusing an agency, think tank and incubator, rather than simply offering production skills and crew to fulfil creative briefs, Societás pinpoint future market developments and devise creative strategies to capture the potential of these developments. Specialists in launching first-to-market ventures and groundbreaking creative projects to the global market, Societás’ clients span music, film, fashion, publishing, media, sport, eco and ethical goods. Societás London Office Email: press@societas.ltd.uk Telephone: + 44 (0) 870 910 4904 Contact: Melissa Sterry

06-18-2009 | Fashion, Lifestyle, Trends
Iconique
Iconique shines like never before
Online Fashion Magazine Iconique recently relaunched her website. Originally founded in 2000 and back then a pioneer in this field the magazine reinforced her position as one of the online fashion bibles to look out for. The visually stimulating website, voted one of the top ten fashion magazines by Business to Fashion, shines like never before with a surreal, futuristic design that brings Fantasy back in Fashion. Joost van

06-18-2009 | Fashion, Lifestyle, Trends
Iconique
Iconique shines like never before
Online Fashion Magazine Iconique recently relaunched her website. Originally founded in 2000 and back then a pioneer in this field the magazine reinforced her position as one of the online fashion bibles to look out for. The visually stimulating website, voted one of the top ten fashion magazines by Business to Fashion, shines like never before with a surreal, futuristic design that brings Fantasy back in Fashion. Joost van
09-17-2007 | Leisure, Entertainment, Miscel …
Take Heart India
'Take Heart India Graduates and Celebrates with a Coming-of-Age ‘Cocktails and …
For the past three years Take Heart India has been one of the UK’s only entirely student run charities. This year Take Heart has graduated and extends its organisation to embrace many of the country’s leaders of tomorrow. The charity’s director and event organiser, Lucian Tarnowski says: ‘This year Take Heart has graduated! As our student supporters move from UK’s most prestigious universities to top industry careers new
07-03-2007 | Arts & Culture
Medium Magazine
Creative Graduate Prize 2007 Launches
Leading online creative graduate magazine Medium Magazine.net and creative consultancy and think tank Societás announce the Creative Graduate Prize 2007. The prize, which was launched in 2005 by Medium Magazine’s publisher Laurie Cansfield and Societás CEO Melissa Sterry seeks to find the most talented creative graduates globally. Attracting entries from the world-over, last year’s prize was won by illustrator Li Li of Chang chun Jin Lin province in China, with
01-19-2006 | Leisure, Entertainment, Miscel …
Worldwide Aid Recordings
International superstar DJ's and industry chiefs from the world of music step fo …
The first fair trade record label, Worldwide Aid Recordings is the brainchild of music producer Steve Brown and business strategist Melissa Sterry. The project involves travelling to remote communities to record local musical talent including choirs, orchestras and bands and then bringing the recordings back to the UK where they are remixed by top DJ's and producers. The tracks are then sold globally, with all profits given back to the
01-19-2006 | Politics, Law & Society
Medium Magazine
Winners of the 'Creative Graduate Prize 2005' announced
International graduate arts platform Medium Magazine and leading creative consultancy and think tank Societás announce the winners of the Creative Graduate Prize 2005. The brainchild of Societás CEO Melissa Sterry and Medium Magazine Editor-in-Chief Laurie Cansfield, the annual prize has been created to help launch graduates from the visual arts into the International creative arena. The theme of this year's competition was to create a single image to communicate
Comments about openPR
9 o'clock: discuss press release with client, 10 o'clock: submit release to openPR, within the briefest possible time release is published and displayed in a prominent place on openPR.de. I am thrilled!
Zehra Spindler, Calypso Now! - Communication Agency