SA Powering Ahead with Energy and Defence Innovations 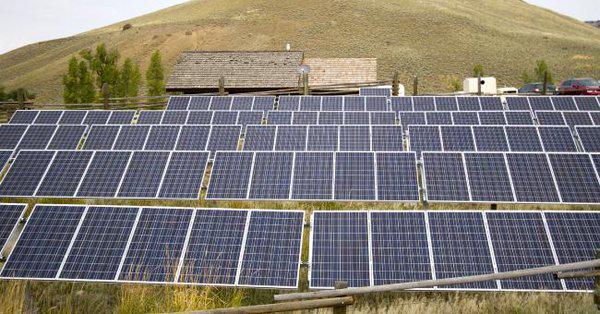 A $20 million virtual power plant (VPP), the largest of its kind in the world, is currently undergoing trials in South Australia. Once completed, the project will be made up of 1000 connected batteries. The trial, a public-private investment between AGL and the federal Australian Renewable Energy Agency, follows in the wake of SA’s power crisis which has seen power stations shut down across the state. Customer concern about the state’s energy reliability has prompted retailer AGL to increase the storage capacity of solar batteries that will be installed across Adelaide. The VPP will prove extremely valuable during periods of peak demand such as in the case of severe weather events as it will equip AGL with the ability to direct power from the battery to customer’s homes or into the grid, effectively crowd-sourcing energy. When completed, the VPP installed in homes and businesses across metropolitan Adelaide will have an output equivalent to a 5MW solar peaking plant. This major project will go a long way towards alleviating some of the challenges associated with supply pressures experienced in times of high demand. AGL Executive General Manger in New Energy, Elisabeth Brinton has worked across energy, technology and agriculture sectors to grow companies and lead innovation. Brinton brings her considerable expertise to the 10th Annual South Australia Major Projects Conference 2017 where she will address attendees on the benefits of the VPP project to both customers and the electricity market. The South Australia Major Projects Conference will also profile the flagship Future Submarine Program (SEA1000) which is expected to form the backbone of defence in Australia in years to come. With Australia’s national security and $1.6 trillion economy dependent on secure sea lanes, the SEA1000 program will deliver an affordable and sustainable submarine capability of critical strategic importance to the nation’s maritime security planning. SA’s Techport Australia, the nation’s premier naval industry hub, is the centre of naval shipbuilding for the Future Submarine program. The largest defence procurement in the nation’s history, the Future Submarines program, is an investment of more than $50 billion in Australia’s security. The project will transform South Australia’s economy and drive innovation across a range of sectors. Key project infrastructure is also being targeted by the state, including the Future Submarine Design Centre and Combat System Design Integration and Test Facility. A Future Submarine Technical Office based in Adelaide is already working on the project, drawing in expertise from around the world. Defence SA Chief Executive Andy Keough will illuminate developments on the Future Submarines program, at the 10th Annual South Australian Major Projects Conference which will be held on the 25-26 July at the Adelaide Convention Centre. More information at http://www.saconference.com.auAbout Expotrade Expotrade is a global conference and event organizer with its head office based in Melbourne, Australia. Expotrade has delivered some of the largest, most successful B2B industry conferences and events in the areas of infrastructure, major projects, sustainability, technology & architecture. For almost 10 years, our unique blend of knowledge, experience and flexibility has accomplished an array of consistently top quality events. Today, Expotrade events enjoy such a distinctive edge, they are amongst the best patronised in the calendar. For more information, visit www.expotradeglobal.comSuite 1, Level 1, 2 Brandon Park Drive Wheelers Hill VIC 3150 Australia

02-21-2019 | Tourism, Cars, Traffic
Dataforce Verlagsgesellschaft für Business Informationen mbH
Australia – A Dataforce insight
Australia, the land of the Ute (Pickup), Cyber Cars (Dealer volume demos), Novated leasing and annual registrations of around 1.1 million new cars has now become one of the latest markets to enter our portfolio. We are putting together a series of articles to hopefully give some fresh Dataforce insights into the Australian market place, with a firm eye on the True Fleet channel. With a constantly expanding population and
04-11-2018 | Industry, Real Estate & Constr …
Storewall Australia
StoreWALL Launches into Australia
Expand and organise your space with wall-mounted storage solutions from StoreWALL. StoreWALL is a premium wall-mounted storage system for home and business. The range covers wall panels, hooks, baskets, bins, brackets and shelves. Everything you need to efficiently organise and store items in the home or commercial space. With superior materials and construction, our products are built to last. Plus, you won’t find a system that’s easier to install. StoreWALL systems
07-05-2017 | Advertising, Media Consulting, …
ReportsWeb
Coffee in Australia
ReportsWeb.com has announced the addition of the “Coffee in Australia” The report focuses on global major leading industry players with information such as company profiles, product picture and specification. Influenced by the strong café culture in Australia, consumers are increasingly interested in the origins and tastes of their coffee products. Consumers ask more questions about where their coffee is from and this is reflected in the strategic plans of large companies.
06-08-2017 | Business, Economy, Finances, B …
ReportsWorldwide
Agrochemicals Market in Australia
ReportsWorldwide has announced the addition of a new report title Australia: Agrochemicals: Market Intelligence (2016-2021) to its growing collection of premium market research reports. The report “Australia: Agrochemicals: Market Intelligence (2016-2021)” provides market intelligence on the different market segments, based on type, active ingredient, formulation, crop, and pest. Market size and forecast (2016-2021) has been provided in terms of both, value (000 USD) and volume (000 KG) in the report. A
02-13-2017 | Business, Economy, Finances, B …
ReportBazzar
Cheese in Australia
Australian consumption of cheese remains buoyant with increasing demand for better quality cheese and a move away from processed cheese. In particular, cheese retail value grew 2% in current terms in 2016, up from 1% in 2015. Positive research, in recent years, on the benefits of dairy fats also contributed to increasing demand for full fat cheese. Demand for cheese was also partly fuelled by Australian consumers enjoying cheese, especially
06-09-2016 | Politics, Law & Society
ECOVIS AG Steuerberatungsgesellschaft
Australia – An Innovative Agenda?
Australia’s government tightens foreign investment laws for housing and land and introduces a National Innovation and Science Agenda to encourage innovation in business and schools. The second half of 2015 saw significant changes to Australia’s foreign investment framework come into effect, along with the government making an innovation statement which committed $1 billion over the next four years to foster and develop new ideas and new businesses in Australia. To near
Comments about openPR
I can't but agree to the positive statements about your portal: easy to use, clear layout, very good search function, and quick editing!
Jens O'Brien, Borgmeier Media Communication